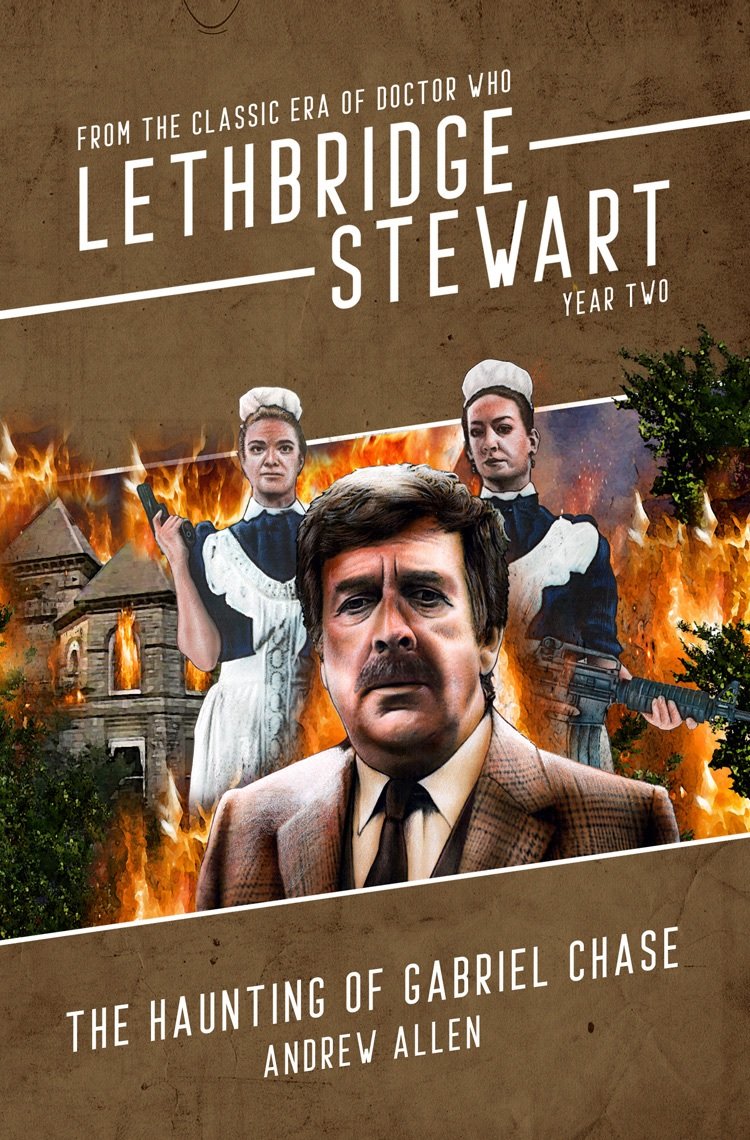 Candy Jar Books has announced the final novel of its eighth series of Lethbridge-Stewart novels – The Haunting of Gabriel Chase, a sequel to the popular 1989 Doctor Who serial, Ghost Light!

This is the debut novel of Andrew Allen, who has previously written a few short stories for the Lethbridge-Stewart series.

“We are always looking for connections to the larger Doctor Who universe, and wondering what good sequels or prequels there are to tell, that will fit into the LSVerse. And while I was working on Child of the New World, a sequel to Marc Platt’s Downtime, it occurred to me that Marc also wrote one of my favourite Doctor Who serials. Keith Barnfarther put me in touch with Marc, and after I explained what I had in mind for the sequel, he was delighted to give me the green light. But I didn’t want it to just be my vision, I wanted to know what Marc would have done had he continued the story of Josiah, Control, etc. Marc was happy to share his ideas, and sent me a few notes. As one would expect, they were very interesting, and a great launching pad. Then it just became a case of finding the right author.”

Enter Andrew Allen. He has previously contributed short stories for such things as The HAVOC Files collections and the Lineage anthology, as well writing a Doctor Who Short Trip for Big Finish.

“I’ve always enjoyed Andrew’s work. I Was aware of his upcoming Travers & Wells book [The City of Dr Moreau], and knowing he had a feeling for the more esoteric kind of story, I approached him. Needless to say, he was daunted by the prospect, but 100% up for it. I told him my basic idea, which amounted to the prologue and general direction of the story, and sent him Marc’s notes.”

“A couple of years ago, I was excited to see have chance to submit a short story for a Candy Jar anthology – and even more pleased to get a chance to write for one of my favourite classic Doctor Who characters, Anne Travers. Since then, I’ve been able to write a couple more short stories for the range, and even a novella featuring Anne’s father Edward, and HG Wells, as they face up to the monstrous Dr Moreau. When I was offered the chance to write The Haunting of Gabriel Chase, it was an opportunity both terrifying and irresistible.

“Ghost Light, of course, ends up being a sequel to itself – Ace has burned down the house before we see it for the first time, and so, in The Haunting of Gabriel Chase, we see it being burned down before going inside, and back to a time before any of that happens – and also after Light has been banished. It’s as much of an ‘inter-quel’ as it is a sequel. It has been a hugely humbling experience to get the chance to play with the iconic characters not only created by Mervyn Haisman and Henry Lincoln, but also Marc Platt. As well as a traditional ‘haunted house’ story, I wanted to talk a little about the nuances of memory when we look back at the things that we remember fondly, and also examine the things that truly haunt us, and stop us from going forward in our futures.”

Richard Young is back for cover art duties, his second for 2021.

“I love Ghost Light! The chance to do the cover for the sequel was something I couldn’t say no to. Doing an older, ‘80s era Brig was something I couldn’t resist either. However, this presented an unforeseen challenge, as the original portrait I did, which was from his time at Brendon School, just didn’t look right. And it soon became apparent that the Brig just isn’t the Brig without his moustache. Gabriel Chase was a bit of an issue as there aren’t that many good reference images of the (real) building in the daylight. And then there’s fire! The last few covers I’ve done have included fire or some such – it’s almost like I’m the Candy Jar fire starter (can I have a nice, eerie, night-time misty story to illustrate next time please, with no fire?).”

1983, and Gabriel Chase burns. Alistair Lethbridge-Stewart, teacher at Brendon School for Boys, had almost forgotten about the house. But the memories soon return to him, memories of thirteen years earlier…

1970, and Brigadier Lethbridge-Stewart, Anne Travers, Captain William Bishop and RSM Samson Ware are brought to an old house in Perivale by an old friend of Samson’s. An officer has been lost, and it is believed he may be in the house.

They decide the only way to find out is to investigate within the house. But Gabriel Chase is waiting. It is always waiting. And once you’re inside, you’ll be very lucky to leave.

Ghosts haunt Gabriel Chase. But who is in control? What is the angel? And who will escape?  Darkness falls. And heaven help anybody still inside after dark…

The official sequel to the 1989 Doctor Who serial Ghost Light. Inspired by ideas developed by Marc Platt.

The Haunting of Gabriel Chase will be available late April 2021, and followed shortly by The City of Dr Moreau (both a limited hardback and a mass-market paperback) in May 2021. The Lethbridge-Stewart range continues in July with the three-book series nine, starting with Warriors of Mondu by Gareth Madgwick. 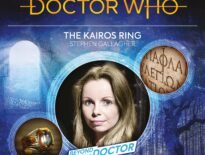