In very welcome news, India Fisher is returning to the world of Doctor Who in a new boxset of adventures alongside Paul McGann’s Eighth Doctor!

Due for release in January 2022, The Eighth Doctor Adventures: Charlotte Pollard – The Further Adventuress celebrates 20 (!) years of the Eighth Doctor at Big Finish, as he is reunited with his Edwardian companion for four exciting new escapades.

Plus, the box set finale, Heart of Orion, also features actress Michelle Livingstone, reprising the role of Deeva Jansen which she first played two decades ago in Sword of Orion. Here’s what’s in the set:

“What a roller coaster these four celebratory stories take us on! We travel to Paris with an Egyptian Mummy, we meet swarms of giant moths, change the course of history, and meet an old adversary who appears to have returned from the dead… I’m thrilled to be back travelling with the Doctor once again!”

“It’s been great to bring the Doctor and Charley back together again to celebrate 20 years of adventures with Big Finish. I can’t think of a more fitting set of celebratory stories.”

The Eighth Doctor Adventures: Charlotte Pollard – The Further Adventuress is now available to pre-order as a CD box set (at the specially discounted price of £24.99) or digital download (similarly discounted for pre-order at £19.99), exclusively from Big Finish. 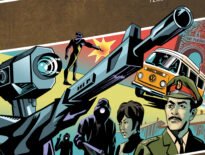 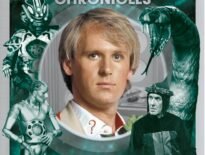