Following Kklak!: The Doctor Who Art of Chris Achilléos, Candy Jar is publishing a book of Jeff Cummins’ gorgeous artwork: The Invisible Artist.

Since 1976, Cummins has been a prolific artist on many book covers, album covers, and posters. He thinks of himself as the invisible artist due to the fact that much of his work is not-known – it’s out there, but most people are unaware that it was Jeff who did it!

He is well-known for his work on the Target novelisations of the 1970s and 1980s, including The Face of Evil, The Three Doctors, and Horror of Fang Rock, as well as cover art for several of the New Adventures in the 1990s.

The Invisible Artist will be followed by Timeslides: The Doctor Who Art of Colin Howard, edited by yours truly.

“After the success of Kklak! which collected Chris Achilléos’ work, it was an obvious thing to do more collections of popular Doctor Who artists. Jeff Cummins was the second one on my list, since, although popular, his Doctor Who work is only a small part of his portfolio. Which makes for an interesting book; Doctor Who fans love to discover further works of their favourite artists. So why not have it all in one book?”

Born, educated, and art-schooled in Flintshire, North Wales, Jeff moved to London in 1974 and while working a graphic designer there, he freelanced and painted posters for Bruce Lee, covers for Kung Fu Monthly, Doctor Who, and The Six Million Dollar Man for TV Sci-Fi Magazine.

“I’ve been scribbling for as long as I can remember. Any blank surface was fair game; bedroom walls, the backs of family photographs, whatever I could lay my pencil or ballpoint on. My appetite to draw was voracious! I kind of stood out at school, but not for any academic achievement. I would be given any number of art projects by teachers and pupils alike.”

A long-time fan of the Target range, in particular the work Jeff did, the book is edited by Andy Frankham-Allen.

“It was a fascinating project to be given. I was always aware of the work Jeff did on his Doctor Who covers, both for Target and Virgin, and his work for Horror of Fang Rock and The Dimension Riders have always been among my favourite pieces of Doctor Who art. I, rather foolishly, expected this book to be highly focused on his Doctor Who work, so imagine my surprise when I discovered how much else he had done. As it turns out, I knew a fair bit of his art, even owned some on albums and singles, but I never knew it was Jeff who had painted them. I guess it’s not without reason he often calls himself the Invisible Artist. My biggest surprise was that he did the poster for Back to the Future, one my favourite movies of all time; [and] the cover art for the Paul McCartney & Michael Jackson single Say, Say, Say. The book is a powerhouse of surprises!”

“My Target experience overall was happy, intense, but satisfying. Although I only ever see faults in my work, the generous feedback I’ve received over the years is very humbling. I’m very proud of my association with Doctor Who and my small contribution to its history.”

You’ll also find stories of The Beatles, of Paul McCartney and his wife, Linda, you will discover the role Jeff had in the marketing of the blockbuster film Back to the Future, painting such artists of Eric Clapton, Ozo, Blondie, David Essex… and so many more. If a pop/rock artist was popular in the late ’70s/’80s, the chances are you’ll find them in The Invisible Artist.

Containing full page art, original sketches, unused covers, concept art for ill-fated cartoons, and Jeff’s story in Jeff’s own words, The Invisible Artist is released in 2022 by Candy Jar Books, and is available as paperback and hardback edition. 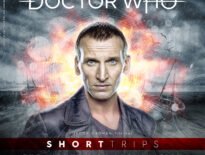 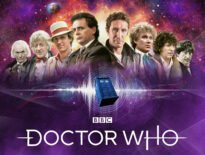