Out Now: The Paul Spragg ReCollections, Volume 2 – Co-Edited by the DWC’s Andrew Hsieh Like the first volume, Divergent Wordsmiths has opened the TARDIS doors for writers to have their non-winning Paul Spragg Memorial Opportunity entries re-submitted as prose Short Trips.

Here’s the blurb from the Divergent Wordsmiths press kit:

The Paul Spragg ReCollections Anthology: Volume 2 celebrates the life of Big Finish’s fondly remembered Paul Spragg. His life and how he lived it.

With twelve free stories across ten incarnations, there is a journey for every reader. The Paul Spragg ReCollections Anthology: Volume 2 enjoys its time with compelling thrills and an infectious sense of fun. Alongside stunning characters and amazing locales that can only be read here.

So, what are you waiting for? Pull to open…

And here are the synopses for what you can find inside:

Something has breached the safety of the TARDIS. Eroded her power and bent its systems to its will. Its intent? To destroy the Eleventh Doctor. Without mercy and without hesitation. And the Doctor is alone—well, almost alone…

The Sixth Doctor and Melanie Bush are faced with a puzzle in Time. One that will annihilate an entire family. They have seen its effects, but not the cause. Do young Kerensa and her unusual pets hold the solution…?

There is a terror stalking the streets of Trusis. A Code: Gamma priority threat. However, the Fifth Doctor and Nyssa of Traken have met monsters before. This time, it’s not quite so simple. Are the people of Trusis ready for the truth…?

Sarenzi Akenaku is mere hours away from her ultimate triumph. She has planned her ascension to the smallest detail. Soon, she will be Empress, should this dinner party goes right. All that stands in her way is the Fourth Doctor…

In one of the darkest moments of his life, Alexander Hamilton is offered the opportunity to wipe away his sins. The temptation seems so rich, how can he refuse? So, why is the Ninth Doctor so determined to keep Hamilton from absolution?

Girl Out of Nowhere

On a cold Christmas, 2017, Kevin receives a visit in the sleepy Cardiff night. That doesn’t seem quite right. Her name is Nyssa of Traken. She appears, as if from nowhere. Nyssa needs to find the Fifth Doctor… But, who knows where?

The Sixth Doctor and Margaret think there’s something odd about this latest performance on Cantabile. Virtuosa of the Maestri has given it her all and her audience are beguiled. It has all the makings of a farewell performance, but a farewell to who…?

[The circumstances surrounding the Fourth Doctor and Sarah Jane Smith’s presence at the Nixed Corporation have been sealed from public access. We thank you for your cooperation.]

The past stays with the Twelfth Doctor. However much he would like to leave it behind, it returns. Like a haunting, and it returns with a face. That of Donna Noble, a once dear friend. Now, gone. But, perhaps, the past has other plans for them…

It should have been a routine visit to the Powell Estate. A quiet night away from the perils of the Universe. For the Tenth Doctor and Rose Tyler, however, their troubles never end. Isolated. Confined. Imprisoned. They must find a way to break free.

Daughter of the Amazon

Jo Grant’s time in the Amazon has never been dull. However, she never expected the Third Doctor to return into her life so soon. Things can’t be as they were, but there’s no time to explain. The Doctor discovers a remarkable people are being stolen…

The Once and Future Crisis

The Second Doctor, Jamie McCrimmon and Victoria Waterfield are in a bit of a bind. It’s the 1940s in an American military base and a routine trip to visit friends has gone terribly awry. Their only hope is Doc Holliday of D.C. – the First Doctor and Dodo Chaplet.

And if you’re thinking about entering this year’s Paul Spragg Memorial Opportunity, you can also download the winning Short Trips for free from the Big Finish website.

Out Now: The Paul Spragg ReCollections, Volume 2 – Co-Edited by the DWC’s Andrew Hsieh 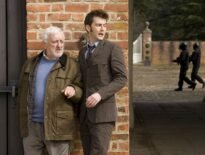 News Bernard Who?: The Curious Tale of Bernard Cribbins… 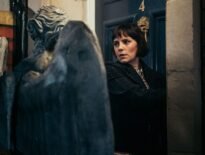