In the third adventure of the set, Flatpack, Nicola Walker and Rebecca Root return as Liv Chenka and Tania Bell, respecively – most recently heard in the Eighth Doctor Adventures series, Stranded – now happily living together in London. While shopping, the couple run into the newly-regenerated Ninth Doctor as he’s investigating something strange.

“One of the perks of this job is seeing the calibre of actors who step through the door every day, and on Flatpack we had both Nicola and Rebecca – two people we’ve all enjoyed watching on so many fantastic TV shows in recent years. They both provided great characters to play off, and I especially enjoyed exploring the Doctor’s loneliness through Liv’s point of view.”

From a moon with poison seas, to a 19th century health spa, even somewhere as everyday as a furniture store on a Sunday afternoon – there are always hidden depths and unseen dangers to uncover!

The three adventures in this box set are:

“When we started planning the relationship between Liv and Tania, we had no idea how much it would win over our hearts during the making of Stranded. I was delighted by how much the audience invested in them too. But what happened to Liv and Tania after Stranded? They went on to meet the Ninth Doctor! What will Liv make of this new incarnation, a man so far removed from the Doctor she once knew?”

“Listeners who have never met Liv and Tania before are in for a real treat. Liv is spending some time – possibly the rest of her life – on Earth in London with the woman she loves, Tania Bell. Theirs has been the most brilliant love story.

“Liv travelled with Paul McGann’s Doctor for a very long time. She cares about him and is incredibly loyal to him. And while she understands, intellectually, that there are other Doctors out there, when she’s faced with that reality it’s like a death for her.”

“To find Liv and Tania together – crossing over into the Ninth Doctor’s storylines is just a charm. It’s wonderful how their story plays out. Tania is settling down with Liv and wondering if it’s all that they hoped it would be. How will they get along with the mundane things of life?

“The environment of Flatpack is wonderfully familiar and yet really quite scary given all of the twists and turns that happen… it’s what could be described as a nightmarish episode.” 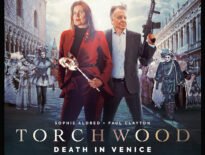 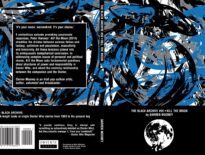