Russell T Davies is one of the most respected names in television writing.

His work has a ring of authenticity and truth in his dramas. He’s bold, he takes chances, and he’s relatively fearless.

But he’s got his work cut out for him. Seems like the television landscape is fairly different– oh, who am I kidding? Everything has changed from the last time he brought back Doctor Who in 2005.

Television has continued to be dumbed down in general (think Kardashians) as the amount of reality TV has grown exponentially. We’re still in the midst of The Streaming Wars, where a new service pops up everything six months.

Facebook had just been created in 2004 and Twitter didn’t exist until two years later. Social media was still in its embryonic stage when Christopher Eccleston first told Billie Piper to “run for your life”.

And politics, well, everything’s a political football these days, down to the slightest minutia. The internet has made us closer than ever, while the divisions have never been greater.

Every anonymous troll on the internet who hides behind a fake name and a keyboard in his or her basement thinks the world is simply dying to hear what they have to say. If you don’t like what they like, or hate what they hate, you’re their anonymous enemy. They have been offended. And these days, getting offended by everything is standard operating procedure, when anything is said or done, no matter how innocent the intent.

This is just the bizarro world we live in and how much things have changed since Russell ushered in Doctor Who‘s return. Back then, even though RTD and the BBC knew it was a risk, at least people were starved for Who. Us fans worked up a heapin’ helpin’ ‘o hunger after 16 years in the wilderness.

Now, things are very different, a bit more complicated, like everything else. We’ve had 17 years of NuWho, with 13 series and over 20 specials, as we approach the 60th anniversary.

No one is “starved” for Doctor Who, right now.

We want quality Doctor Who, yes, but there’s even a debate about what constitutes quality and/or mediocrity, and what’s just “acceptable”?

The last three seasons and five years have seen the ratings plummet steadily. One can make all the rationalisations they want, but the situation doesn’t look as good as it should.

In the mid 1980s, it was the BBC’s mandated 18 month hiatus, and subsequent budget and episode cuts, that helped cripple the show. It was then cancelled. This time around, divisive storylines and subpar writing has hobbled the program for many fans. This time, the show’s been handed to RTD.

Mark Gatiss once referred to taking the position of showrunner for Doctor Who was like obtaining a poisoned chalice. Oh, these writers! Well, the holy grail is in Russell’s hands now.

Nearly everyone is happy with the big man coming back, but the first order of business was picking the Fourteenth Doctor. That first decision was probably the biggest, and most crucial.

We know auditions were being held. This was a smart move, indicating Russell was open to different options.

However, RTD was in a bit of a no win scenario.

If he picked another woman, some fans would have stomped their feet, still saying the Doctor shouldn’t be a woman, no matter how talented she is. Still others would use Jodie Whitaker as a negative example, fair or not. And if it were a woman of colour, we’d undoubtedly have got an added contingent of unhappy fans who can’t abide that, and we suspect we know why.

Conversely, if a white male had been chosen, no matter how popular said actor is, that would’ve sent a message that all the fans with no tolerance or imagination have won — at least, that’s how yet another faction of fans would have reacted.

I should point out that there are some fans who rarely care who the new Doctor is, as long as that person does a great job, paired with Russell’s scripts. How big a faction that is, I can’t say. At least the excitement over Ncuti Gatwa’s casting so far has been pretty overwhelmingly positive.

Of course, if no one cared about anything except good writing, stories, and acting… well, what a wonderful world it would be, eh?

No, this amazing show is taking the next big leap onto the high wire, squarely on the shoulders of Mr. Davies. His major obstacles: those fans mired in the past who loathe change vs. those that only accept a very specific and meticulously laid out future. Oh, yes, it’s a minefield.

And now, it really gets interesting. Russell himself has already said that it’ll all be different and strange. Take that as you will.

With Bad Wolf and Sony at his back, Russell appears to be cracking open The Whoniverse. So brush up on your Big Finish Unbound, your old novels, and your old Doctors and companions, because when you’re dealing with the multi– I mean, Whoniverse, pretty much anything is possible.

That will please at least some of the fans… 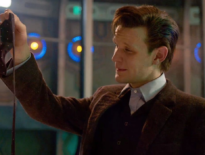 Features Do the Fans Ever Fail Doctor Who? 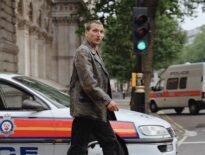