Out Now: Obverse Books’ The Black Archive — Kill the Moon The latest Black Archive release from Obverse Books examines a controversial Twelfth Doctor story: Kill the Moon, in which we find out the shocking truth about our nearest celestial neighbour — it’s actually an egg!

It also sees the Doctor being decidedly harsher than usual, leaving a monumental choice to his companion, Clara Oswald, who then gets a little bit cross (understandably so) with the gruff old Time Lord.

The Black Archive is a series of critical monologues about Doctor Who stories, and has previously covered serials from every Doctor, from Marco Polo to Earthshock, The Ultimate Foe to The Battle of Ranskoor Av Kolos, and everything in between. (This writer has also contributed to the range, waxing lyrical about The Pandorica Opens/ The Big Bang.)

Here’s the blurb for Kill the Moon:

A contentious episode provoking passionate responses, Peter Harness’ Kill the Moon (2014) straddles the divides between science fiction and fantasy, optimism and pessimism, masculinity and femininity. All these tensions extend into its ambiguously metaphorical conclusion.

In addressing complex issues of personal and political choice, Kill the Moon asks fundamental questions about structures of power and responsibility in Doctor Who, and about the evolving relationship between the companion and the Doctor.

With access to seven different drafts of the script, plus 3 early pre-script outlines, Darren Mooney dissects a story which has been described at various times as ‘something truly special’ and ‘nonsensical pseudo-science’ and wonders why its reputation has become worse over recent years.

Writer, Darren Mooney is a member of the Online Film Critics’ Society and the Dublin Film Critics’ Circle, featuring regularly on Irish radio, publishes a twice-weekly column at The Escapist, and has also written other books on The X-Files and the films of Christopher Nolan.

Kill the Moon is available now in paperback and electronic formats, direct from Obverse Books and from selected online retailers.

Out Now: Obverse Books’ The Black Archive — Kill the Moon 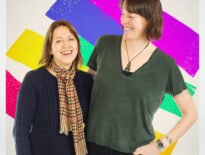