It’s a good moth for fans of Target books, with four newly published adaptations of Doctor Who stories hitting the shops. Writer James Moran has novelised The Fires of Pompeii, his Season 4 script which saw the Tenth Doctor and Donna Noble caught up in the apocalyptic events of the Vesuvius eruption of AD 79. Interviewed by Radio Times, he says one of the bonuses of writing the book was being able to revisit elements which were cut from the televised version:

“There was a really cool piece of research I found when I was planning it. It was just about how the Earth’s rock plates grind together under the ground. I found some recordings of that, and it’s just the creepiest sound. They slowed it down, because normally you can’t hear it. But it was terrifying.

“So I took a bit of artistic license with that, and used the slowed-down version. It’s things like that where in a TV show, you make the point once, and you don’t need to come back to it. In a book, you’ve got more room to put in some more tangents and inside notes and things.”

As well as describing why it was tricky to write a story based on real historical events, and why he struggled with writing dialogue for the Doctor, Moran says he was able to refer to elements from the world of Doctor Who which hadn’t happened when the story first aired, one of these being the short lockdown scene The Descendants of Pompeii, released online in 2020 to keep viewers entertained during the pandemic:

“I just thought that was a nice idea – and I’ve done this in a few other stories as well – just the thought that occasionally the Doctor would go back and check on people. He wouldn’t just pop into their lives, and disappear forever. I liked the idea that he would check in on people that he’s encountered, and just make sure they’re OK.”

Moran’s novel comes at a time of great excitement for Tenth Doctor and Donna fans, with David Tennant and Catherine Tate confirmed to return to the series in its 60th anniversary year.

“No one told me. Because obviously it’s a very secretive ship that they run. If you don’t need to know, they just absolutely do not tell you. And that’s how they keep the secrets. So that was quite a surprise. I’m very, very happy to see them again. The thought of getting more Tenth Doctor and more Donna is always a good thing… I could just write for Donna, and nobody else, forever. Because she’s so much fun to write for.”

The Fires of Pompeii by James Moran is available now. 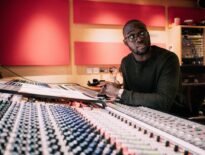 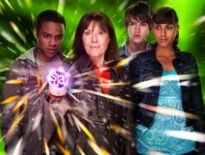