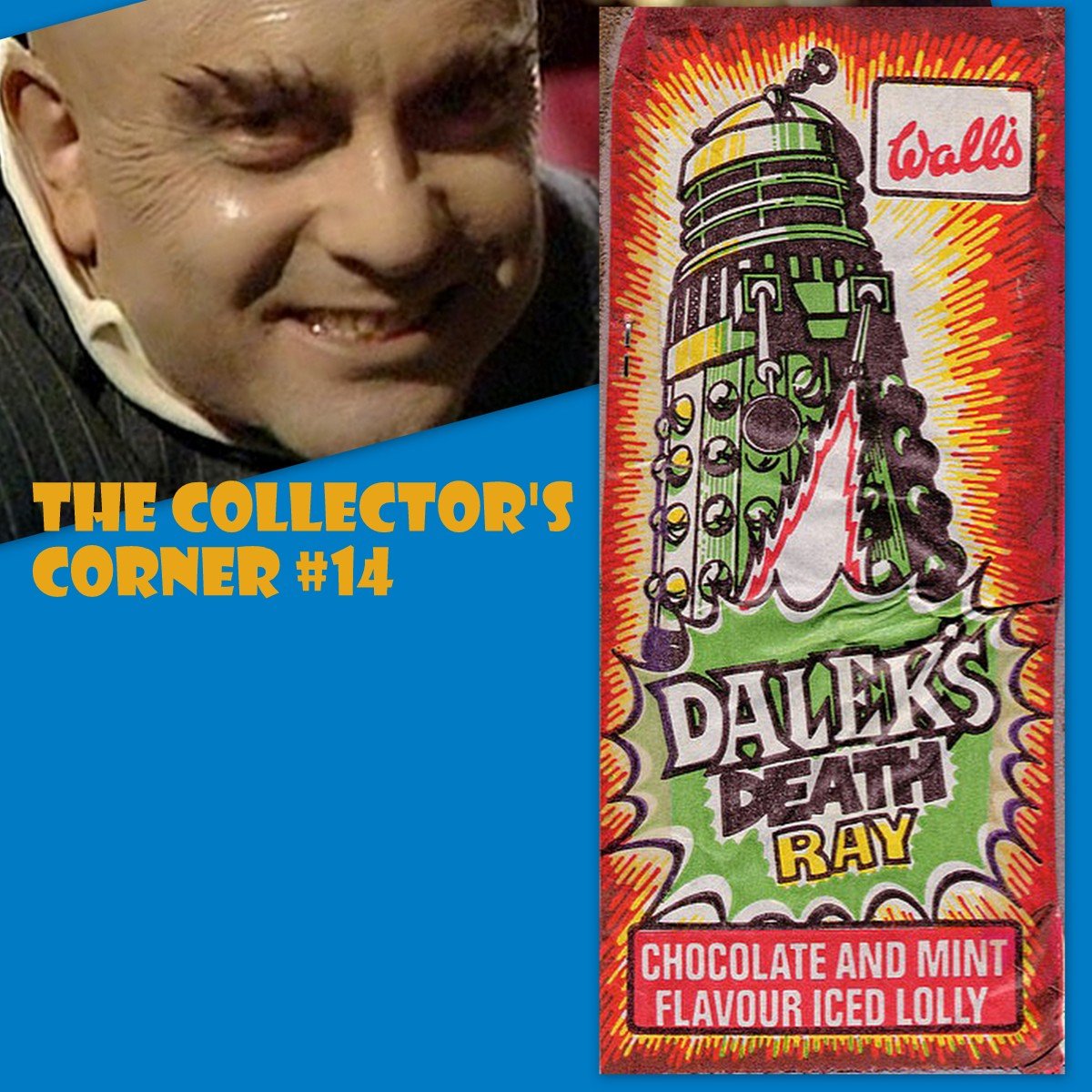 Let the reader understand that this was not commercial exploitation of Skaronian technology on the part of British Aerospace or similar. It was not a functioning weapons system. No, no, no. Dalek’s Death Ray was in fact, according to the contemporaneous TV advert voiced by a bloke trying to do a Dalek voice, a “Spine! Chilling! Ice! Lolly!” (For our American friends like Rick, an ice lolly is what we Brits call a popsicle. I don’t know why we call them that. We just do. Students of etymology may be able to furnish you with a better answer: apply to them.)

Dalek’s Death Ray was manufactured in the mid-Seventies by T. Wall and Sons. Not by the great man and his offspring personally, you understand: they had serfs to do the actual work. T. Wall and Sons had a big factory in Gloucester. It’s still there. Doubtless, this was the place where Dalek’s Death Rays were made. Apparently, the business originally produced sausages and pork pies, though not the sort of pork pies favoured by Boris Johnson. Only later did they diversify by branching out into ice creams. T. Wall and Sons is now part of the Unilever Group. No further information on T. Wall and Sons is available as there is (scandalously!) no relevant Wikipedia entry and I simply can’t be bothered to undertake further research. It is enough for me – and for you, dear reader – to know that Wall’s made the Dalek’s Death Ray and a nation rejoiced.

Dalek’s Death Ray wasn’t very nice. As far as I remember – being a loyal Doctor Who fan, I felt honour bound to eat the things – the top half was a sludgy brown colour and tasted vaguely of chocolate (bet there wasn’t any chocolate in it, mind), while the bottom half was a lurid green and genuinely did taste of mint. It was one of those ice lollies that had a gritty texture and disintegrated when you bit into it. I think the colour scheme for the said confection was based on the Daleks in Genesis of the Daleks; they were gun metal grey, of course, but they looked green in some lights. (Odd thing: there was a resurgence of Dalek products during Tom’s time as the Doctor, even though there were only two Dalek stories. No one seems to have told the manufacturers, who carried on pouring out Dalek products, regardless. Ponder: the Daleks continued to grip people’s imagination, even when they weren’t on screen for years.)

There was an ice cream van that parked at the gates of my all-boys comprehensive school in the Seventies and you could satiate your fix for Dalek’s Death Ray by checking the coast was clear of teachers and nipping out to this mobile purveyor of paradisaical produce. (Or you could get them from the local newsagent, who also sold single cigarettes to ROUGH BOYS for 10p a pop, until the Old Bill swooped on them and told them to desist as it was against the law.) A fond memory from my schooldays is that there was an ape called Borer (I think that was his name, anyway); the said Borer was a huge adolescent – think The Incredible Hulk squeezed into a polyester blazer – whose hobbies were football and violence. Borer had money and he would spend a whole pound on buying 20 Dalek Death Rays. The said, pithecanthropus would then unwrap them and throw them at nice boys who he hated, including me, which caused his entire 20 stone frame to quiver with his snorts of derision and triumph. God, I loved school.

As far as is known (i.e. it isn’t known at all; I’m just guessing), no examples of Dalek’s Death Ray still exist. Did they so exist, they would be a bio-hazard. However, some of the sleeves are still around. The artwork is attributed to Frank Bellamy, who did some superb work for TV Action and for the Pertwee and Baker editions of Radio Times; sadly, the ice cream pics weren’t his best work. Some of the backs of the sleeves had some brief articles about the Daleks’ alleged achievements; for example, there was an explanation of how the Daleks discovered the colour grenium. It is a colour invisible to the human eye, you see. So, paint a Dalek with it and it will become invisible. A risible concept because it wouldn’t work because it’s scientifically impossible. Anyway, we all know the Daleks pinched invisibility from the Spirodons.

The sleeves for Dalek’s Death Ray do occasionally come up on eBay. If you’re tempted to invest in one, be careful: any traces of the original ice lolly will by now be highly toxic, so sterilise your new treasure carefully with boiling water. Careful about boiling away the colour on the sleeve too. They might also contain traces of grenium, so if you touch them, your hand will disappear. They go for about 40 quid a pop.

Bet Borer wishes he’d still kept his. He’d be a millionaire by now. 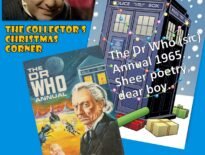