What is this madness? How can Doctor Who have come second in a poll concerning the Greatest TV Shows?!

Recently, Radio Times put out a poll on their website, to celebrate its 25th online anniversary, and asked readers what they thought was The Greatest TV Show of the past 25 years. Of course, it came as no surprise to anyone that Doctor Who would be included on that list, but to be honest, given how people have had a problem with the recent three series, I’m surprised it came second and not further down on the list.

Of course, the beauty of Doctor Who is that with so many Doctors, companions, and eras, certain ones only appeal to certain people. So while Jodie Whittaker’s tenure might have divided fans, who’s to say that Ncuti Gatwa’s time on the show won’t bring everyone back together again?

Taking top spot on the poll, however, was Call the Midwife, a show which, you guessed it, follows a group of midwives in the 1950s and is loosely based on real-life events. While it’s not a show that really appeals to me, it has featured a number of Doctor Who actors since it first aired in 2012, including Peter Davison, Jessica Raine, Fenella Wollgar, and Pam Ferris (who voiced Lizzie Corrigan in Big Finish’s The Eternal Summer). It has also featured a number of references to the show, including it being one of the Sister’s favourite television shows; even Graham in The Tsuranga Conundrum mentions he has a vague idea how to deliver a baby thanks to the series. So maybe Call the Midwife has Doctor Who to thank for its popularity? Okay, perhaps not, as the show has just enjoyed its 11th series, and its ability to draw in large viewing figures has no doubt lead to its currently title as the Greatest TV Show.

Of course, once another big show comes along, it will probably all change once again. Doctor Who came second, Line of Duty and Sherlock came joint third; and Breaking Bad and Game of Thrones took the fourth and fifth places. Other shows included Fleabag, Gavin and Stacey, Succession, The Sopranos, and The Wire.

“When you’ve been going on for as many years as we have, you know you’re not the thrill of the new any more, so I think it says a lot about our audience’s loyalty. But also about the fact that we’re doing something right in keeping the show fresh as we move forward. That in itself, I think, is the most encouraging thing. In terms of beating other shows, I don’t think drama should be a competition. I think all dramas of note have something to offer their audience and there’s such a variety of programmes coming at viewers these days from all the different streamers. I’m just really proud we’re still up there with shows which are very recent and very heavily promoted.”

With other shows like Stranger Things and The Umbrella Academy, not to mention the plethora of great television shows that are coming out from Disney + at the moment, the fact that two shows like Call the Midwife and Doctor Who can come out on the top two spots is a fantastic thing. It does say something about the loyalty of the viewers and fans, and proves that “little” shows like this can easily stand up to the heavier hitters from the various streaming services we’ve got at our fingertips nowadays.

Show someone a promotional picture from Call the Midwife or a picture from Doctor Who and I bet more people would still know what these shows are, compared to showing them a picture from Stranger Things.

Of course, one could argue it’s an issue with accessibility and the fact that Call the Midwife and Doctor Who can be viewed on a couple of different streaming services, while things from other streaming services are exclusive. But it’s interesting that none of those shows made it into the top five,; stil, I would be interested in seeing how the full list stacks up.

For now, it seems that shows like Doctor Who and Call the Midwife won’t be going anywhere, and if and when they do come to an end, I would still expect to find them high up on any lists in the future. 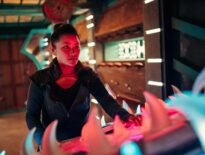 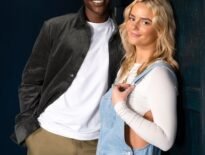