Shane Richie Was in the Running to Play the Doctor Shane Richie, who plays Alfie Moon in EastEnders, says he was approached to play the Doctor.

This would presumably have been for the part of the Ninth Doctor, a role which instead went to Christopher Eccleston, as Richie explains:

“The deal was I’d go in [to EastEnders] for three months, see the reaction, and then they’d talk about renewing the contract. It took off, so I signed a three year deal – but what happened in the meantime was the papers had said I was only going in for three months… and then someone said, ‘We just want to know the availability for Shane Richie to play Doctor Who.’ Of course, it wasn’t the monster it is now, so I didn’t think any more about it. But there was an availability check and there was some interest. I think my manager had a meeting about it. But I’d signed up to [play] Alfie for three years.”

He joined EastEnders in late 2002, before Doctor Who was announced as coming back. Nonetheless, he says even Bill Nighy, similarly up for the part of the Ninth Doctor, knew Shane was in the running. Richie goes on to say:

“I’m at some awards do in London and Bill Nighy’s there and I go to the toilet – I’ve never been introduced to Bill, we’ve never met before, and we’re standing by the cubicles… he just looks across and goes, ‘Evening, Doctor!’ – he was obviously aware that I was up for it and I knew he was up for it. Bill Nighy would have been a great Doctor, wouldn’t he?”

While you might think Shane is an unlikely Doctor, he pulled in huge audiences as Alfie Moon, so might’ve been a perfect pick to help relaunch the series.

Still, we’re glad Eccleston ultimately played the Time Lord because he was exceptional.

Instead, Richie is set to play Drax, who he describes as “Alfie Moon but a Time Lord” for Big Finish’s The Eighth Doctor Adventures: Connections. Drax, of course, was originally played on TV by Barry Jackson and appeared in The Armageddon Factor.

Shane Richie Was in the Running to Play the Doctor 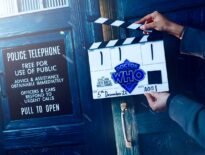 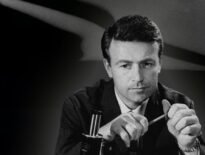