The next issue of the acclaimed Doctor Who comics and artwork fanzine Vworp Vworp! goes up for pre-order on New Year’s Day, and begins shipping in February 2023!

The 148-page issue, edited by Colin Brockhurst and published by Gareth Kavanagh, kicks off with an in-depth series of articles and script reviews focusing on the many Doctor Who animation projects that have, for a variety of reasons, been abandoned over the years. The Canadian company Nelvana might be the best known, but as researcher Richard Bignell has uncovered for Vworp Vworp!, through a wealth of interviews, documentation, scripts, and design drawings, there’s so much more to learn, including the real reason it was aborted.

But what of Ruby-Spears, the company behind Scooby-Doo? Interest from a Japanese anime studio? Terry Nation’s Daleks? The BBC itself, in 2001? And who can forget Karen McCoy and her Doctor Who: The Animated Series?

You can check out the two variant covers here too:

Plus, our exciting FREE GIFT this issue: 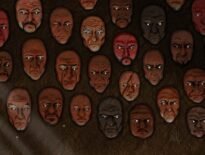