Following on from Scratchman written by Tom Baker and At Childhood’s End by Sophie Aldred, BBC Books continues its range of titles written by Doctor Who actors telling stories about the character they played on TV: this year, it’s Alex Kingston’s turn to deliver The Curse, a novel featuring Professor River Song!

Her tale seems to wind in plot strands from several TV tales, including The Pandorica Opens (Cleopatra’s involvement), The Angels Take Manhattan (Melody Malone and how history is fixed once it’s written), and The Time of Angels/ Flesh and Stone (which established that River is imprisoned at the Stormcage facility).

She’s got ice in her heart and a kiss on her lips… and so has she.

1939, New York. Private Eye, Melody Malone, is hired to find a stolen ruby, the Eye of Horus. The ruby might hold the secret to the location of Cleopatra’s tomb but everyone who comes into contact with it dies. Can Melody escape the ruby’s curse?

1939, New York. River Song, author of the Melody Malone Mysteries, is forced to find a reality-altering weapon, the Eye of Horus but everyone who comes into contact with it dies. River doesn’t believe in curses but is she wrong? From the top-security confines of Stormcage to the barbarism of first-century Egypt, River battles to find the Eye of Horus before its powers are used to transform the universe.

To succeed, she must team up with a most unlikely ally her own fictional alter ego, Melody. And together they must solve another mystery- Is fiction changing into fact – or is fact changing into fiction?

Kingston has played River since 2008’s Silence in the Library/ Forest of the Dead, so it’ll be fascinating to learn more about her approach to the character.

And that synopsis certainly sounds enticing! 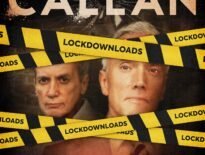 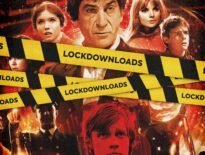