You can now download a free book, 10 Objects of Dr Who – written by me!

This 43-page free PDF is a sample of my longer 100 Objects of Dr Who book from Candy Jar, and features 10 chapters from across the tome, including an interview with the DWC’s very own Jonathan Appleton as he recalls going to the Blackpool exhibition in 1981, and Longleat’s “Twenty Years of a Time Lord” event in April 1983.

The eclectic lists of objects covered in the free PDF are: St John’s ambulance sign, Asteroid 3325, a Cyberman head, dinosaur fossils, The Shadow from Enlightenment, Time Lord court, a robot cleaner which stalked the halls of Paradise Towers, the chalice from The Night of the Doctor, a Spoonhead, and a matchbox.

These lead to discussions of the genesis of Doctor Who, its wider impact, how many Doctors and companions have faced the Cybermen on screen, which directors are the most prolific of each era, how Doctor Who has reflected our fear of technology, and more.

100 Objects of Doctor Who is not a straight chronology of the series, but more a temporal guide, packed with information for hardcore fans and newcomers.

It’s weird quoting myself here, but hey, I’d hate for you to miss out on any of my general witterings:

“Like my piece in Candy Jar’s Brigadier: Declassified book, the reader is taken around a museum on the SS Shawcraft. Along the way I introduce them to objects of interest from Doctor Who’s history. It was very difficult to choose 10 to sum up the book, but hopefully the reader will not be disappointed.

“Both 10 and 100 Objects feature the behind-the-scenes trivia you would expect. I also go off the beaten track, jumping backwards and forwards in Who history.”

The sampler also includes a fantastic illustration by Martin Baines; I feel so immensely happy and humbled that these are scattered throughout the book – he’s reacted to what I’ve written and that’s inspired some stunning art. It’s pretty mind-blowing.

“100 Objects is fascinating adventure through Doctor Who history and, in some ways, intriguingly reads like a ‘make your own adventure’ book. It is also a fantastic cover and wonderful internal illustrations by Martin Baines. In my opinion the book is wildly original, and I’m sure all Doctor Who fans will absolutely love it.”

I didn’t pay him to say that.

Download the sample 10 Objects of Dr Who completely free by clicking on this very sentence!

100 Objects of Dr Who (or 100 Objects of Doctor Who if that’s more your thing) is currently only available to order from the Candy Jar website, for £9.99 (plus p&p). You can order it here. 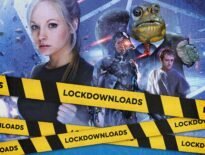 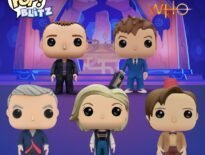