The cover for an upcoming book from the Lethbridge-Stewart range, The Showstoppers has been unveiled, created by designer, Richard Young – and it’s a gloriously vibrant illustration with just a hint of Chris Achilleos’ art too.
Shaun Russell, head of publishing at Candy Jar Books, says:

“Richard is well-known for his photo realistic work. Watching him painstakingly create his artwork with thousands of dots is incredibly impressive. His design for The Showstoppers really evokes the early Target covers.”

Richard previously did the superb cover for the free ebook released over Easter (and the first News item covered by the DWC!), The Black Eggs of Khufu, which you can still download for free. Young adds:

“Doctor Who has been a big part of my life since I was a kid. The classic series is extremely close to my heart and I always wanted to draw a cover for the Target books… but they didn’t like my style when I was ten. So to have the chance to contribute a cover for a book featuring one of the most iconic characters of Doctor Who is not only a huge honour but the realisation of a thirty-four-year old dream… I had fun flexing my Photoshop muscles for the Khufu cover, but I jumped at the chance to return to my roots and work on a hand drawn cover, echoing the wonderfully surreal Kubrick movie.”

Indeed, The Showstoppers is a pastiche of the cult movie, Dr Strangelove Or: How to Stop Worrying and Love the Bomb. Written by Jonathan Cooper (Space: 1889), The Showstoppers inhabits the same bizarre world of the Peter George classic story. Take a better look at Young’s art: 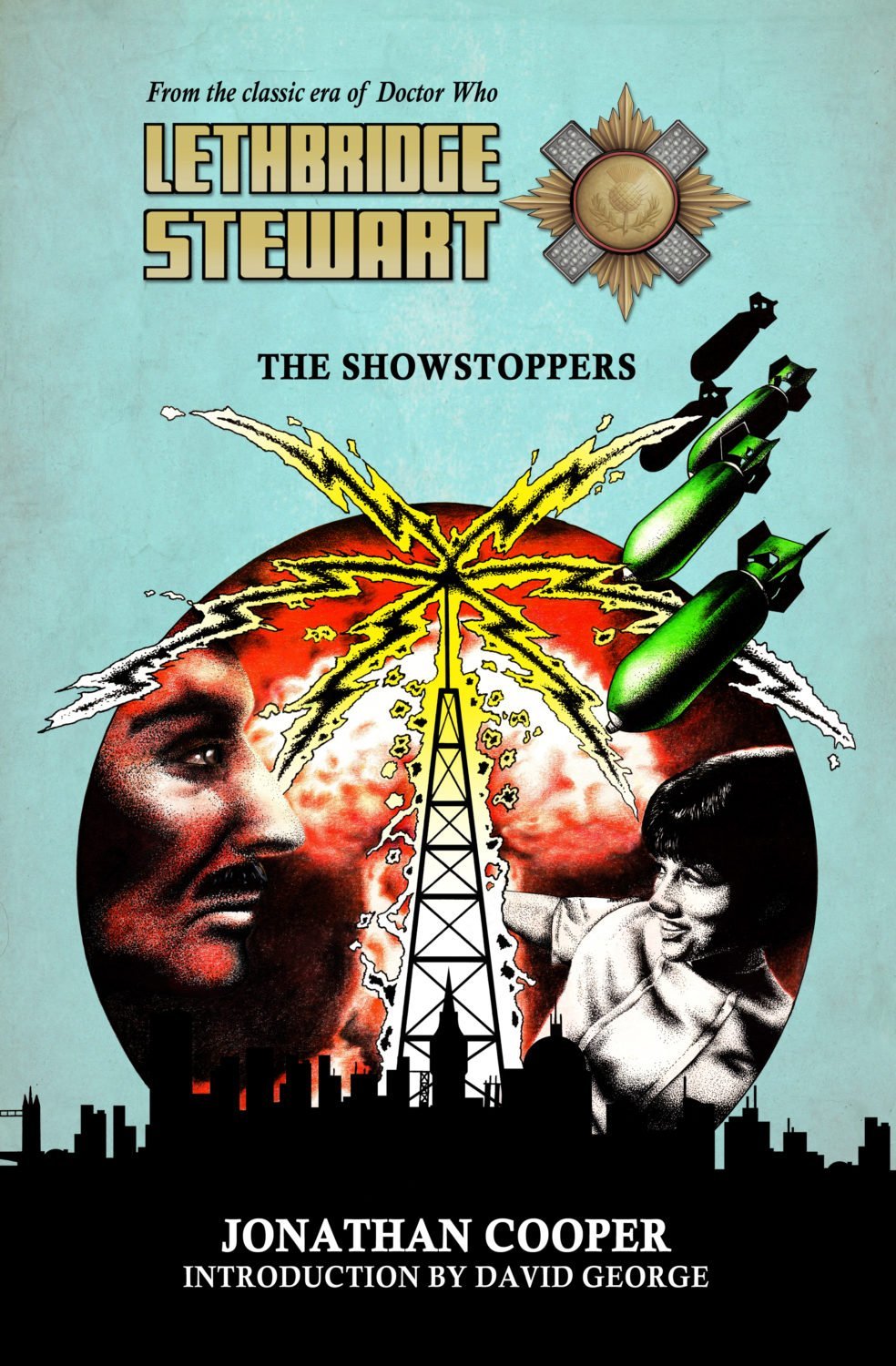 “Nuzzink in ze vorld can schtop me now!”

There’s a new TV show about to hit the airwaves, but Colonel Lethbridge-Stewart won’t be tuning in. With the future of the Fifth Operational Corps in doubt he’s got enough to worry about, but a plea from an old friend soon finds Lethbridge-Stewart and

fantastical than anything on the small screen.

Can charismatic star Aubrey Mondegreene really be in two places at the same time? What lengths will ailing entertainment mogul Billy Lovac go to in order to reach his audience? And is luckless journalist Harold Chorley really so desperate that he’ll buy into a story about Nazi conspiracies from a tramp wearing a tin foil hat?

There’s something very rotten at the heart of weekend television, and it isn’t all due to shoddy scripts and bad special effects.

“I’ve always been a fan of Dr Strangelove and Doctor Who, so when Candy Jar Books asked me to meld the two together into a Lethbridge-Stewart novel, I could not resist. Who would?”

The book also features an introduction by David George, son of Peter George, focusing on the conspiracy theories that tie Dr Strangelove to the Kennedy assassination. The Showstoppers is the second release for 2016’s second series, following on from Moon Blink by Sadie Miller.
And in addition to The Black Eggs of Khufu, readers can – for this weekend only – download Beast of Fang Rock, the third book in the range, on Kindle completely free.