A classic era continues as Big Finish announce an all new full-cast adventures for the Third Doctor – starring Tim Treloar in the role of the dandy Time Lord and Katy Manning as loyal companion Jo Grant.

Following the success of the first volume of adventures in 2015, Big Finish will release two more sets of Third Doctor Adventures in November 2016 and July 2017 respectively.

“As I speak, we are back in the studio with Tim and Katy, and they’re both brilliantly recreating this much-loved era of Doctor Who. I loved working on the first box set and was thrilled that it was so well received. We have many more stories yet to tell with the Third Doctor and Jo!” Doctor Who: The Third Doctor Adventures Volume 2 opens with Doctor Who: The Transcendence of Ephros by Guy Adams. This four-part adventure finds the Doctor and Jo arriving on a dying planet being exploited by Galactux Power Inc. But something is stirring beneath the surface…

Then in Doctor Who: The Hidden Realm by David Llewellyn, the Doctor and Jo journey to Bramfield New Town when the husband of Jo’s cousin vanishes mysteriously. As magpies circle overheard, the Doctor discovers a terrifying alien plot…

The Doctor and Jo’s travels continue in Doctor Who: The Third Doctor Adventures Volume 3. Both volumes are available to pre-order today at the special pre-order price of £25 each on CD or £20 each to download. 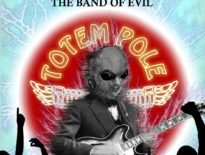 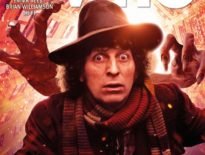