Who Was The Black Actor Offered the Role of the Doctor?

Showrunner, Steven Moffat revealed in the latest issue of Doctor Who Magazine that a black actor was offered the lead role as the Doctor.
Speaking about diversity in the show, he said:

“Two non-white leads in Doctor Who [the Doctor and Bill] would be amazing. In fact, a lot of people would barely notice … I certainly don’t think there’s ever been a problem with making the Doctor black, which is why it should happen one day. I mean, we’ve tried. The part has been offered to a black actor. But for various reasons, it didn’t work out.”

Naturally, the internet is alight with speculation, so who do we think really was offered the part? We presume (from comments made in 2013 by Neil Gaiman) this was for the Eleventh Doctor, as Peter Capaldi was a name that immediately sprang to the minds of Moffat and casting director, Andy Pryor when casting the Twelfth Doctor, whereas auditions were carried out for the Eleventh and Matt Smith stood out.
So it appears Matt’s name wasn’t the only one in the running. Two black actors frequently linked to the part seem to be the most obvious candidates.
These are Chiwetel Ejiofor (12 Years A Slave), and Paterson Joseph (who already appeared in Bad Wolf/ The Parting of the Ways). The Radio Times certainly seems to think it was Ejiofor, while Joseph was heavily rumoured after David Tennant relinquished the role. Paterson says “never say never”, and appreciated the buzz around the possibility of him playing the Doctor:

“I felt very special to be touched a little bit by the Doctor Who stardust. I was in South Africa when I heard about it, so it felt even more removed, and then friends started texting me that I was in the running. Do you know what I felt more than anything? I just felt like, well, what a great day we’re living in, because 20 years ago, if that had come up it would have been seen as a terrible gimmick that a black actor could be playing Doctor Who. But nobody batted an eyelid about my ethnicity, and it was just a matter of whether I’d be the right guy for it or not. And I thought, that is really beautiful, where we’ve come to, that we’re no longer fixated on colour. Having said that, I really am glad that I was up for it, because it’s had a lovely effect on me and on my career – it put me in a place where I feel like I’m respected by enough people who think ‘he could’ve been him’.”

The Radio Times also claims that the BBC and Chiwetel Ejiofor couldn’t agree terms, and that he wasn’t approached again in 2013 when they were searching for the Twelfth Doctor. 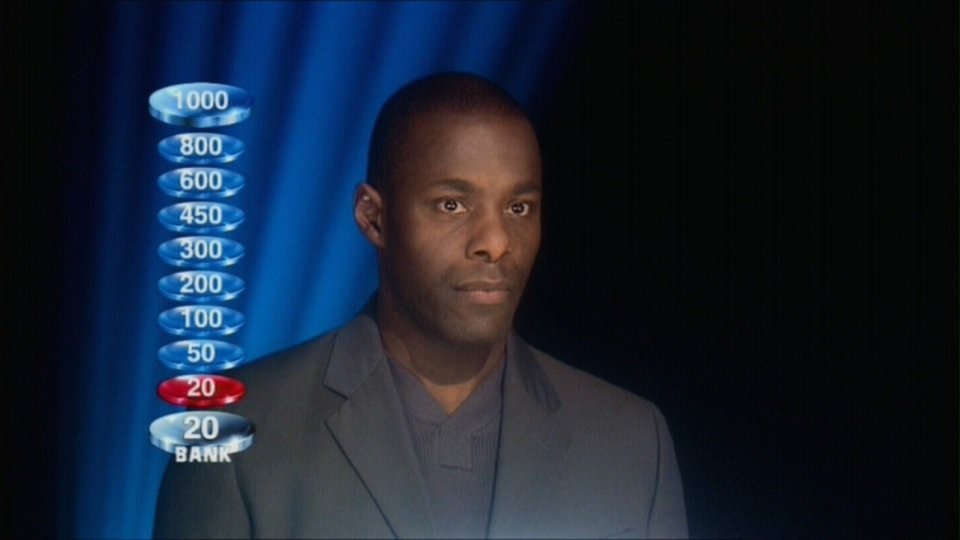 Two other names often linked to Doctor Who are Idris Elba (Luther), and David Harewood (The End of Time), but right now, our money’s on Ejiofor or Joseph. But not too much money. Maybe a couple of quid?
Moffat also spoke about casting Pearl Mackie as Bill and diversity in general, saying:

“We decided that the new companion was going to be non-white, and that was an absolute decision, because we need to do better on that. We just have to. I don’t mean that we’ve done terribly – our guest casts are among the most diverse on television, but I feel as though I could have done better overall… And we’ve kind of got to tell a lie: we’ll go back into history and there will be black people where, historically, there wouldn’t have been, and we won’t dwell on that. We’ll say, ‘To hell with it, this is the imaginary, better version of the world. By believing in it, we’ll summon it forth.’ And, outside of the fiction, it’s about anyone feeling that they can be involved in this industry as an actor, a director, a writer… It’s hugely important, and it’s not good when we fail on that. We must do better.”

No doubt many will have issues that they were searching specifically for a black actress, but that’s clearly how Steven envisaged the character.
What do you think, dear reader? Would Ejiofor or Joseph have made good Doctors? Personally, I’m just happy we had Matt…

Who Was The Black Actor Offered the Role of the Doctor?

by Philip Bates time to read: 3 min
News Doctor Who Series 10 Filming Starts in Two Weeks
News Former Doctor Who Bosses in Running for BBC's…
8
%d bloggers like this: