Let me take you back to the 2000s, after school on Fridays, where little David, eager to get back to playing video games, would instead be whisked off to music theory class, where he was significantly less eager.
There was only one thing that got me through those cold evenings as I tried desperately to identify different music notation (the only notation I still remember is a quaver, and I’m pretty sure that’s only because of the crisps): the fact that after every theory class my mom would let me rush to explore the nearby Smyths, and, if the stars aligned and the wind was right, and I lied really well about how I was doing in class, I might possibly buy something.
Now, I wasn’t much of an action figure kid. I had the odd Action Man, sure, but where my toy-playing heart actually lied was in the world of action figures’ pocket-sized cousins. If it could be lined up on a shelf like a little army, I’d want it. Monster in My Pocket, Gormiti, Pokémon – I had ’em all. I still do! As I’m writing this I’m looking at a small red bin that, once opened, reveals an array of tiny toys for any little relative stopping by to play with, as long as I check in every now and again to make sure no-ones gotten Vaporeon stuck behind the radiator again.
Skip ahead to 2009, and 12-year old David, now free of the shackles of music theory, was left to pursue his figure collecting in notation-less peace. This new free time was spent broadening my search horizons, enter stage right Argos, and enter stage left, all-time favourite pocket-sized toy range: Character Options’ Time Squad. 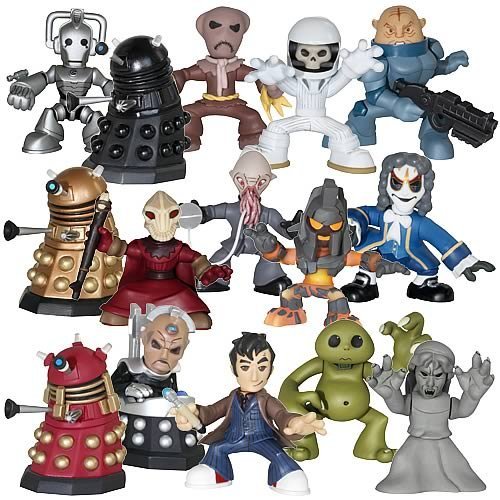 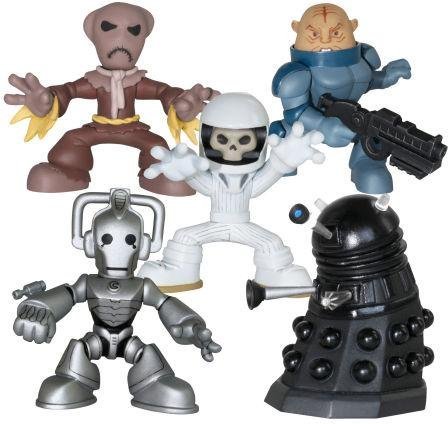 Pack 1 had a Scarecrow, a Sontaran, a Vashta Nerada Suit Creature, a Cyberman, and exclusive Dalek Sec. (RIP my Dalek Sec’s eye stalk.) 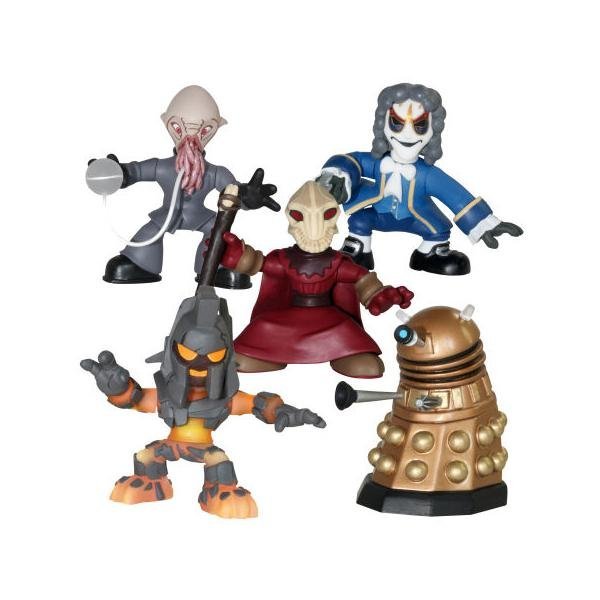 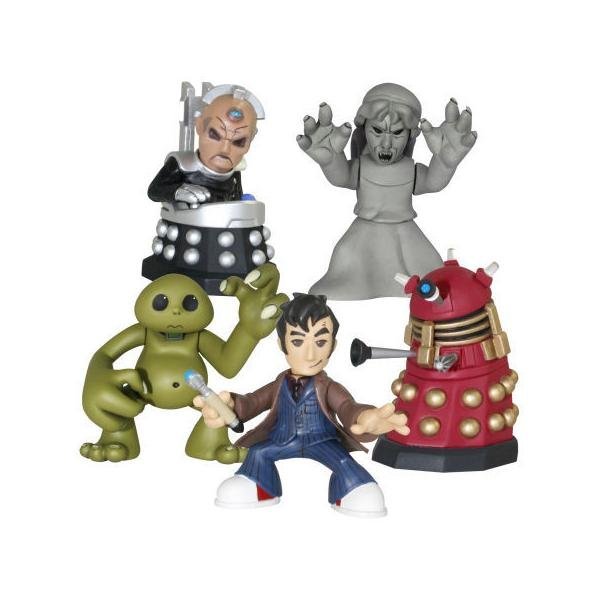 Pack 3 had Davros (exclusive), a Weeping Angel, a Slitheen, the Tenth Doctor, and a Supreme Dalek. (Fun fact, you can take of the Weeping Angels hair and twist the head around for a different face!)
Character Options also released the Time Squad Ships series. (I had no idea these existed.)

These were Jack’s Chula Ship from The Empty Child/ The Doctor Dances, the SS Pentallion from 42, and the Slitheen Cruiser from Aliens of London – and, technically, Love & Monsters. Each one came packaged with a random Time Squad figure.
In 2010, in an effort to promote the Tenth Doctor’s final episode(s), The End of Time, they re-released 6 Time Squad figures, but this time they packaged each one with a component, that when put together built the Master. I also had no idea this existed either… 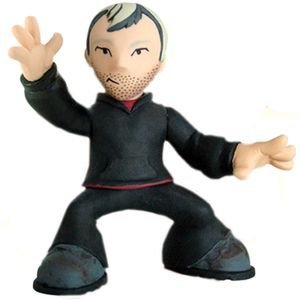 Now you’d think this’d be the end of the story… until last October out of nowhere the range regenerated! Look at that! They’ve got some old favourites like the Pyrovile and Dalek, they’ve given the Clockwork Droid a new coat, and cleverly re-skinned an Ood into Nephew! Not to mention the addition of two new Doctors, Clara Oswald, and the newest Cybermen! Who saw this coming?
Suddenly, it’s a Friday evening and I’m a kid again, scanning the aisles of Smyths, collecting figures, reading and then re-reading the back of the boxes showing the next pack of monsters that hopefully would be there the next week for me to add to my ever growing collection…