There’s something very welcoming about a New Series Adventures novel, the range that began in 2005 and has charted the further stories of the Ninth, Tenth, Eleventh, and Twelfth Doctors.
As a new fan, converted after watching Rose 11 years ago, it was a joy to find three hardback Doctor Who books in WHSmith. I nabbed up The Clockwise Man, The Monsters Inside, and Winner Takes All, and eagerly awaited the next batch. Until last year, these books have been irregular but nonetheless clocked up 57 titles. No word since Deep Time, however, so now’s a great time to spread the word about this fantastic line.
We started counting through Doctors Nine and Ten yesterday; today, the Tenth Doctor gets a swansong and we welcome Doctors Eleven and Twelve… 2009 saw a slew of books that starred David Tennant’s incarnation of the Time Lord coming up against Slitheen, Autons, Daleks, and all manner of aliens – but arguably the best returning monster came as a very special Christmas present in 2008.
Ah, but I can’t tell you which monster it is. No, that would ruin the surprise. It’s a much-loved Fourth Doctor alien.
Beautiful Chaos is special for another reason, however: it’s a last hurrah for the Doctor and Donna Noble. Indeed, the pre-face and epilogue are both set after Journey’s End, with Wilfred Mott saddened by his memory-wiped granddaughter. The main story is a thrilling one, but it’s made poignant by these bookending scenes which hammer home just how great Catherine Tate was. Written by Gary Russell, the novel was reprinted in 2013 to celebrate the 50th anniversary of the show. 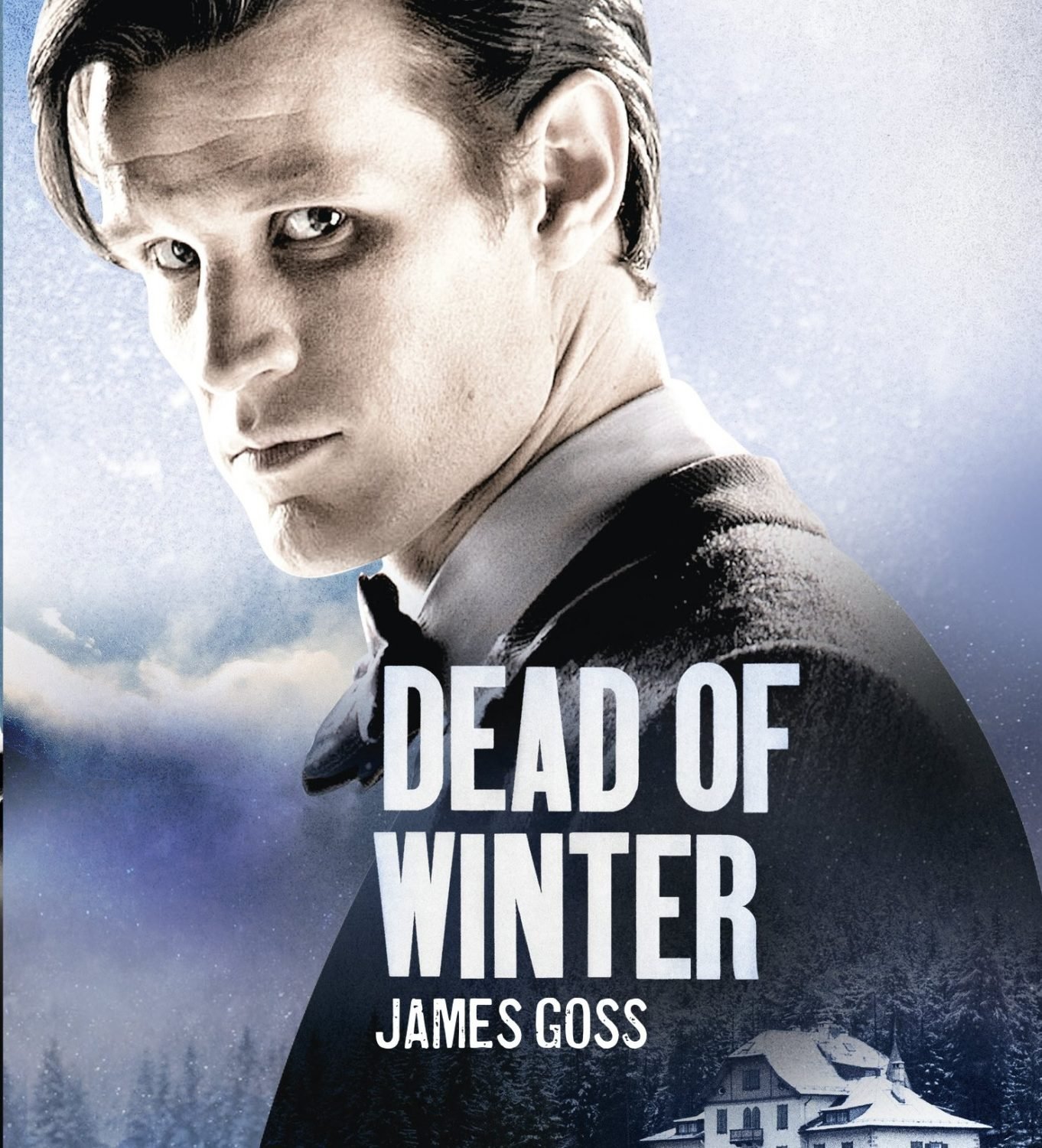 Having written Dead Air, Torchwood: Fall to Earth, and The Blood Cell, James Goss has a great track record. If you’d like to delve into his previous work, Dead of Winter is a great place to start. In fact, to me, this 2011 book is the height of the New Series Adventures. It helps that it features my favourite TARDIS team: the Eleventh Doctor, Amy Pond, and Rory Williams.
We’re thrown into an 18th Century medical clinic where the ill are wheeled out into the mist and there, something talks to them. The reader’s on the back foot: Nothing seems quite right and you soon realise why. There’s a great moment when all the previous events come into focus again, and you’ll want to reread it in light of this revelation.
The tone is beautifully grim, but the Doctor and co. maintain that joy and wonder present in their TV adventures. It very much feels like something that could slot into Matt Smith’s tenure in the TARDIS – but perhaps most importantly, I don’t think it could be achieved half as effectively on television. Seriously, read it. The quality of the New Series Adventures’ Eleventh Doctor books is astounding, and it’s hard to pick any particular highlights. And Dead of Winter has tough competition from this startling tale, which was released alongside the James Goss book and Una McCormack’s The Way Through The Woods in April 2011.
It’s dark, it’s gritty, and it’s brilliant. Paul Finch gives us a story where the Doctor must pretend to be a mercenary in order to track down Rory, who was kidnapped by the crime lord Xorg Krauzzen. But Rory’s caught in a deadly game on Gorgoror, chased around the ruined moon in a sort of blood sport.
I think one of the best things about this TARDIS crew is that their levity allows writers to explore darker territory without risking an overly-morbid tone. It’s the same with the Fourth Doctor – his alien cheek and charm make Image of the Fendahl, The Robots of Death, and Genesis of the Daleks enjoyable. Make no mistake: Hunter’s Moon is sinister, but it’s a very compelling story too, complete with a few smart references to TV adventures. We even see Aggedor (The Curse of Peladon; The Monster of Peladon) again, albeit briefly!

Touched by an Angel 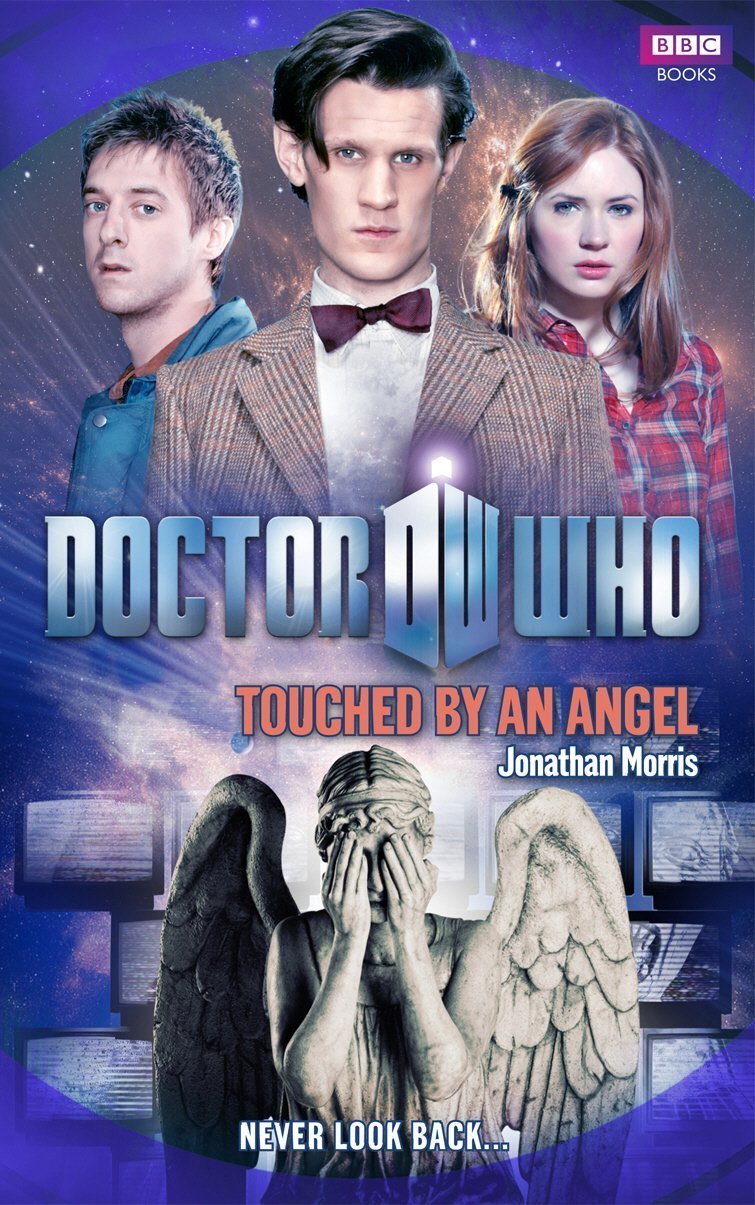 The Weeping Angels. Hooked?
The moving statues are made for television; by their very nature, they’re visual creatures, moving in the darkness. So how would they translate to the book format? Brilliantly, as it turns out. Yes, the Angels are scary, but they’re made more terrifying by our imaginations. Jonathan’s Morris’ novel gives us a number of brilliantly-memorable scenes that use the aliens’ premise perfectly.
Touched by an Angel starts with the death of Rebecca Whitaker, killed in a car crash. Mark, her husband, is then victim of the Weeping Angels, sent back in time – and determined to stop the untimely death of the woman he loves. Neat idea, right? It’s a truly touching tale that sees the Doctor, Amy, and Rory up against the odds.
Morris adds a lot to the Angels’ mythos, making this an essential read if you’re a fan of Steven Moffat’s most famous monsters – but most interestingly, it contradicts The Angels Take Manhattan (which was, in fairness to Jonathan, written the year after Touched by an Angel). If you consider both canon – and I do – it opens up a lot of possibilities for the Angels. Are they at different stages in their evolution? Or are there numerous sects with different abilities…? 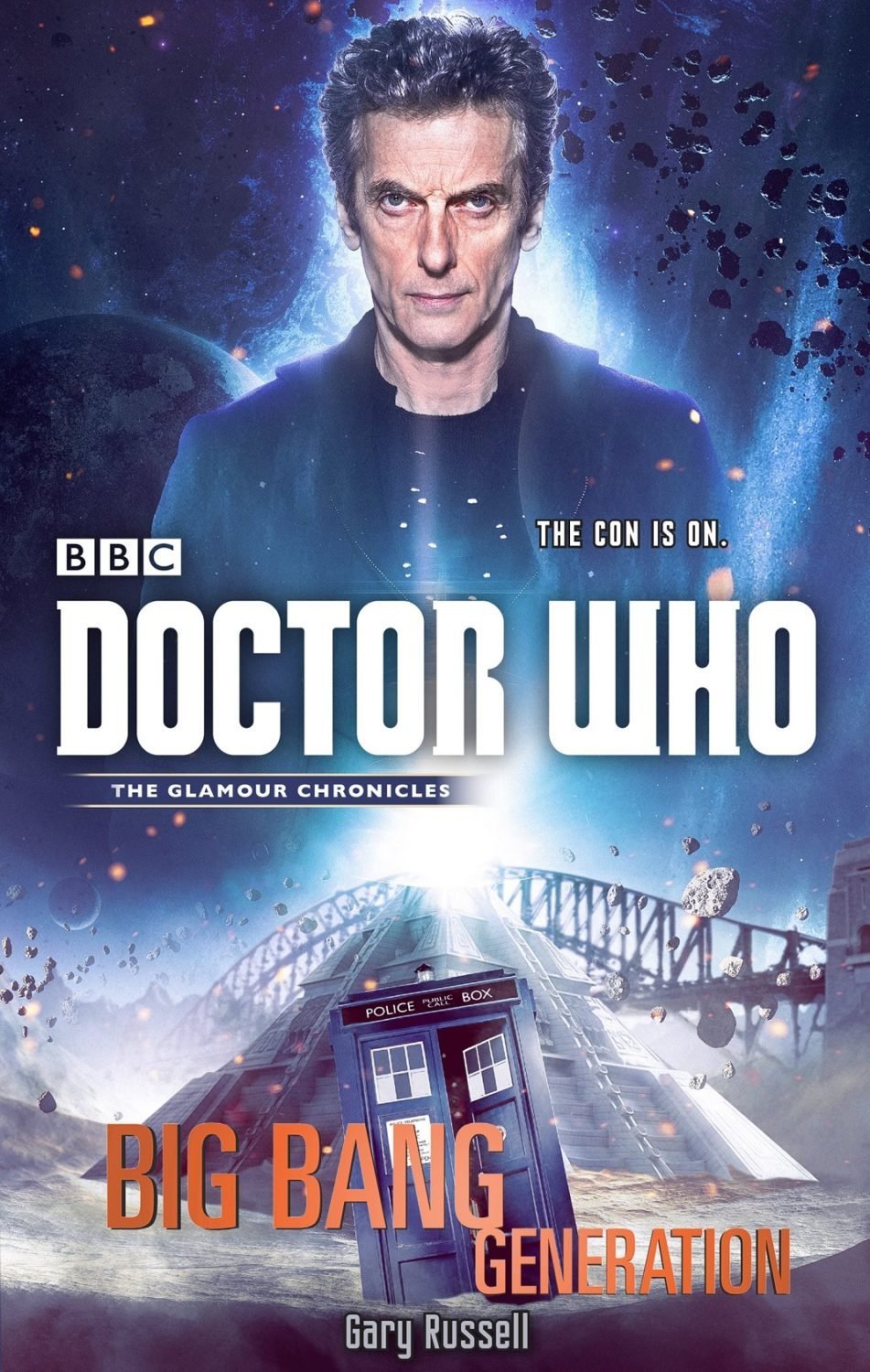 Since 1992’s Love and War, there’s been a character that fandom’s fallen in love with. Professor Bernice Summerfield. She appeared in many Virgin New Adventures and New Adventures titles, Short Trips, novellas, and in 1998, made her transition to audio, courtesy of Big Finish, played by the wonderful Lisa Bowerman.
Big Bang Generation is the first time she’s met an incarnation of the Doctor from the 2005- present series.
The Twelfth Doctor has only got six New Series Adventures under his belt, and as Peter Capaldi is such a big fan of Doctor Who, it seems fitting Bernice returns alongside him. This middle story of The Glamour Chronicles trilogy is a lovely addition to Summerfield’s story and it’s really great to have her back, with a new Doctor to be sarcastic with.
Big Bang Generation is written by Gary Russell, who also wrote Beautiful Chaos, so you know you’re in safe hands!
So there we are. 10 essential New Series Adventures. It was hard, narrowing it down, so I hope this is a starting point for avid readers. 10 down, 47 to go…
What are your memories of these books? Which other ones from the range would you recommend?

by Philip Bates time to read: 4 min
Features Six Things The Master Might've Done After The…
Features 10 New Series Novels All Doctor Who Fans Should Re…
6
%d bloggers like this: