The New Series Adventures have had a tough time of it. To many, their mostly-straight-forward plots were a step down from BBC Past Doctor Adventures, but such judgements are very unfair. Much of these criticisms, I feel, stem from the fact that they superseded a successful and greatly-loved range, leaving anyone who wanted to read about the further tales of the First to Eighth Doctors with nowhere to turn.
But for newcomers to Doctor Who, The Clockwise Man, The Monsters Inside, Winner Takes All, and their ilk were a great stepping-on point. The range went from strength to strength, and I lament the black hole left after the 57th novel, Deep Time was published in September 2015, with nothing since announced for the line.
So now it’s surely time for fans news and old to start (or restart) their New Series Adventures journey. Here are 10 books to get you going. 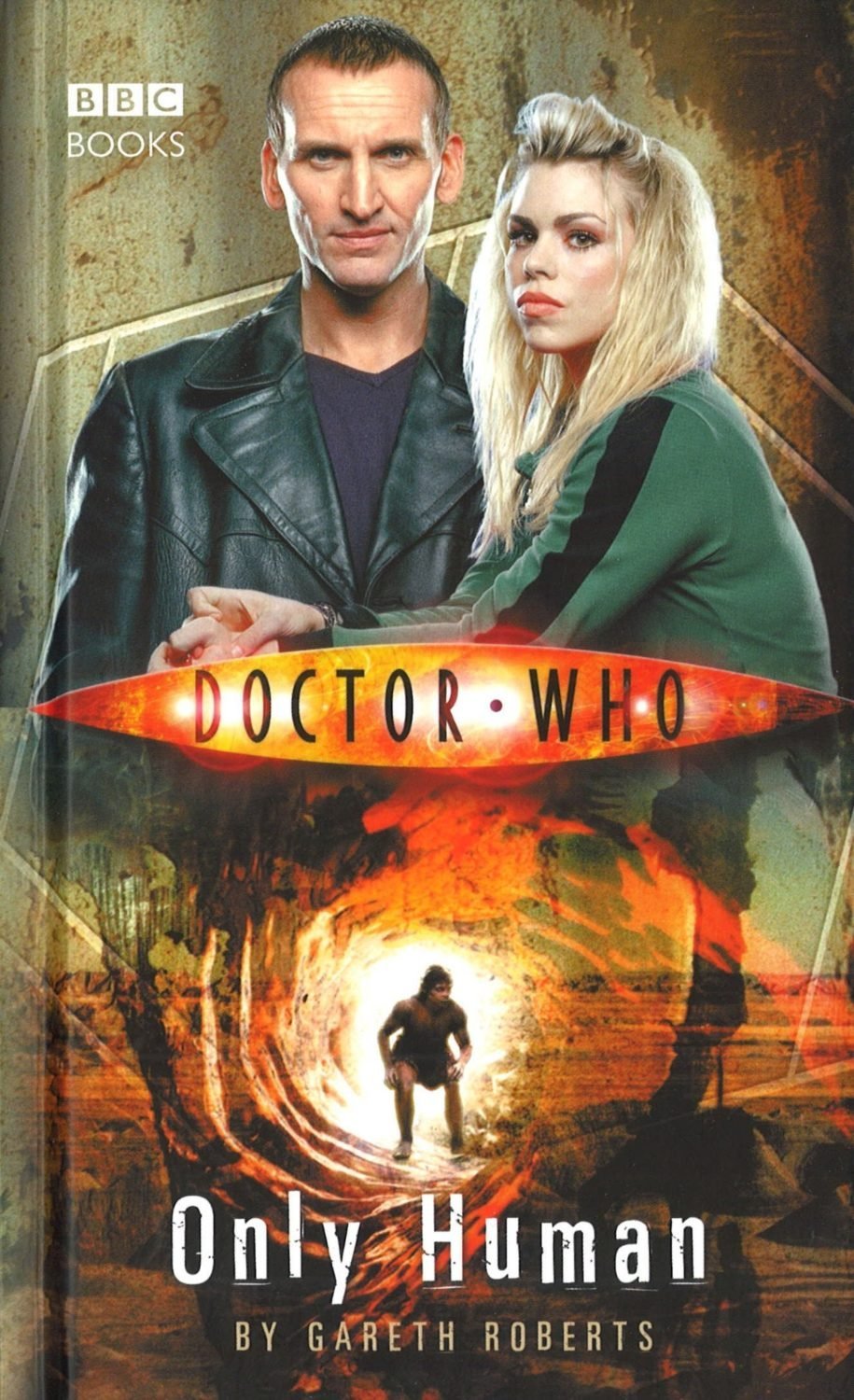 Sadly, only six books were released featuring Christopher Eccleston’s Ninth Doctor, but while the first three arguably struggle to nail this incarnation of the Time Lord, September 2005’s three books were much more fitting for the series. (That’s not to say you should ignore The Clockwise Man, The Monsters Inside, and Winner Takes All – they’re all still well worth a read.)
I especially enjoyed The Deviant Strain, but ask most people and the highlight of this era was Only Human, written by Gareth Roberts. It was apparently on the strength of this book and his work on the Doctor Who Magazine comic strip that got Roberts the TV gig.
And it is an impressive novel. There’s a confidence and breeziness to the narrative, tackling an era in human history that Doctor Who often avoids: the Stone Age. Perhaps other authors are worried by comparisons to An Unearthly Child? Only Human proved such a success, it was rereleased in March 2013 in paperback to celebrate the show’s 50th anniversary.
The Ninth Doctor, Rose Tyler, Captain Jack Harkness, and a Neanderthal man in 2006. What’s not to love?

The Feast of the Drowned 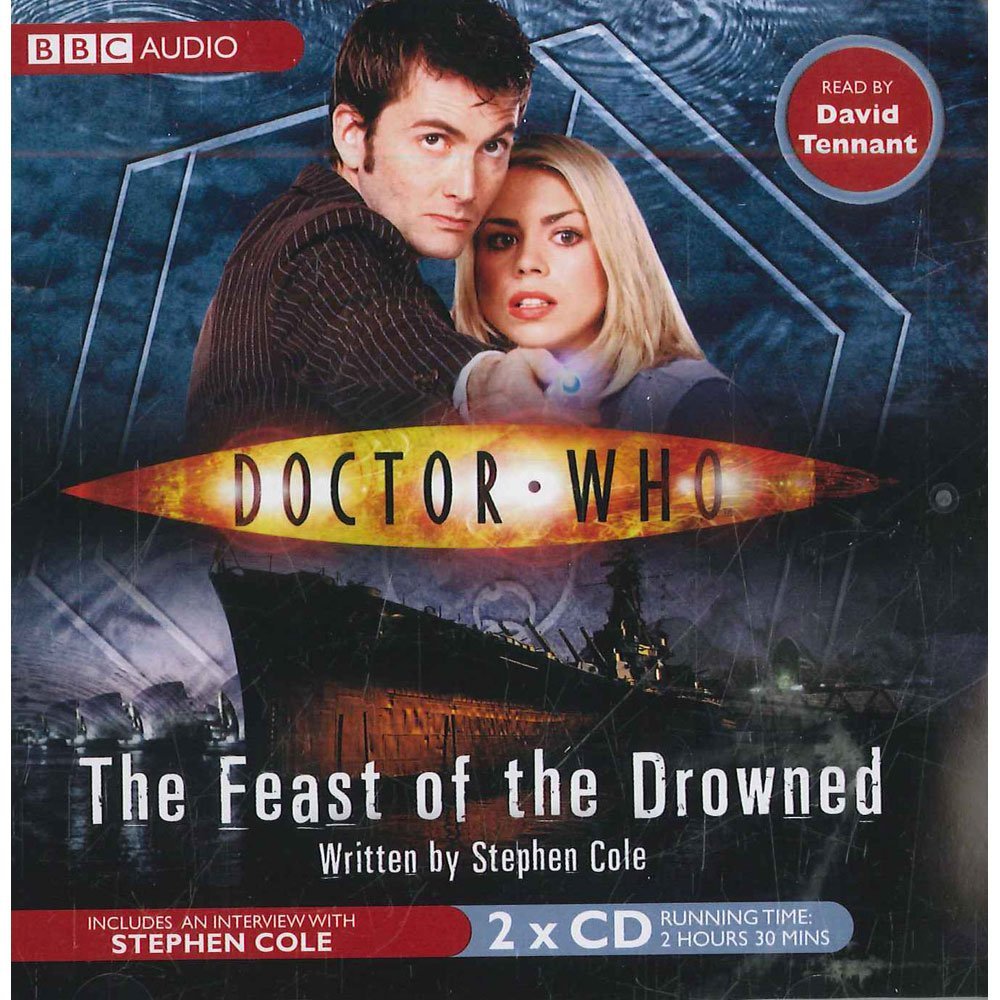 Only the second novel to star the Tenth Doctor and The Feast of the Drowned by Stephen Cole hits the ground running. It’s a chilling and thrilling tale set in contemporary London that very much draws from the television stories of its time and, in a way, foreshadows Army of Ghosts and The Waters of Mars (with just a hint of Voyage of the Damned too).
Rose comes back home to learn that her friend’s brother died when the naval cruiser he served on sank in the North Sea. And his ghost has returned to them, begging to be saved from the titular feast. Creepy premise, right?
I’ve two main memories of this story: firstly, when the ship is towed back to London, there’s a particularly haunting scene as everyone in the vicinity suddenly collapses. It really stayed with me.
And the second memory isn’t from the novel at all – but from the audiobook. It’s narrated by David Tennant and his impression of Billie Piper is an absolute treat. Hilarious!

Sting of the Zygons 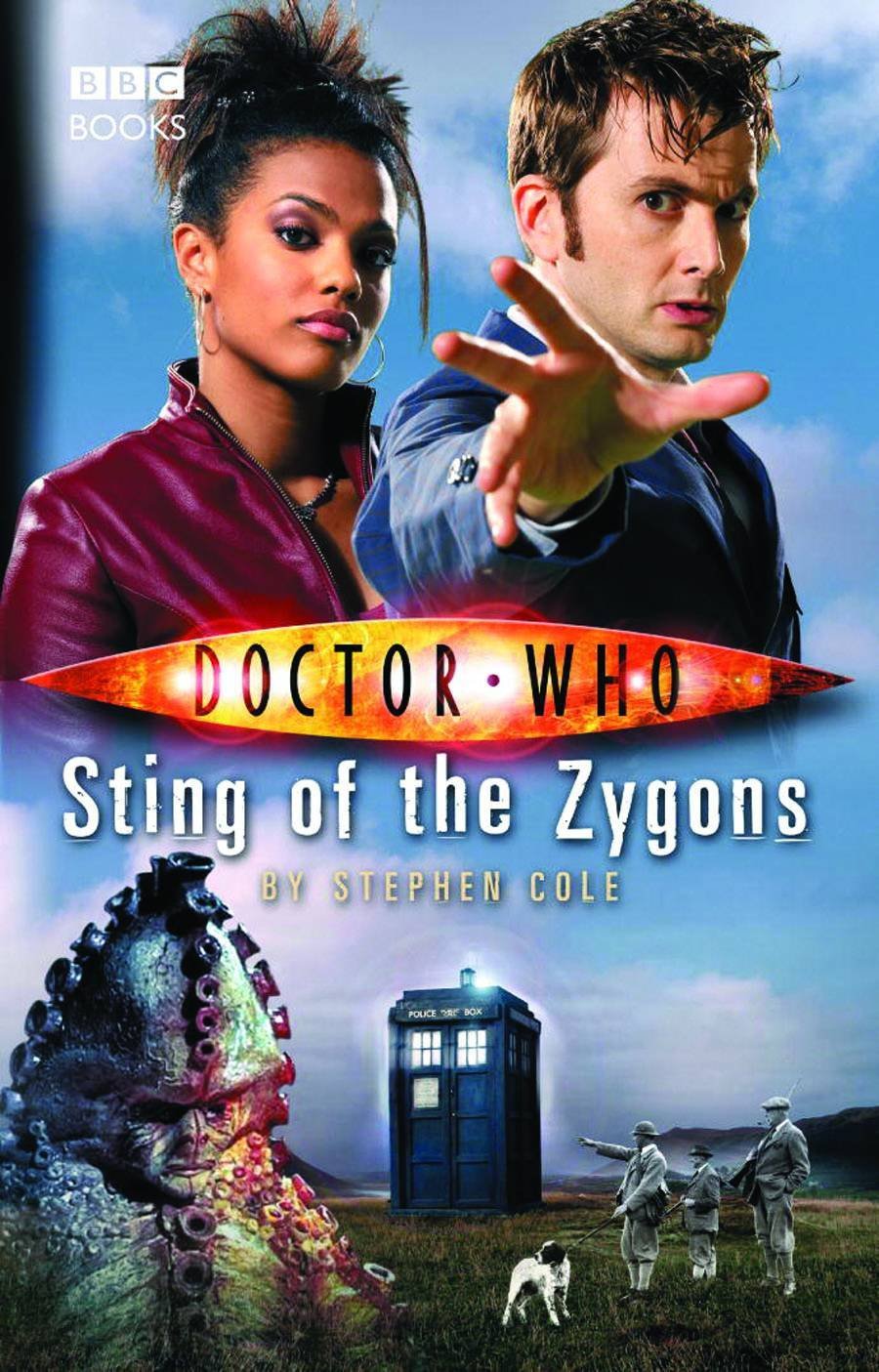 I always felt it was a shame that Russell T. Davies didn’t bring back the shape-shifting Zygons during the Tenth Doctor tenure; they are, after all, Tennant’s favourite ever Doctor Who monster.
The oversight was obviously corrected in the 50th anniversary special, The Day of the Doctor, but until then, our only consolation was this April 2007 novel, an historical tale set in the Lake District. With body-swapping mayhem, and the search for the Beast of Westmorland underway – a hunt even King Edward VII is attending –  Sting of the Zygons feels very much like a sequel to 1975’s Terror of the Zygons.
Written by Stephen Cole, it also feels very fresh as a result of being the first novel to feature Freema Agyeman’s Martha Jones, who debuted in Smith and Jones less than a month before the book’s publication.
Sting of the Zygons was in the running for DWM’s Merchandise Awards that year, but it was just pipped to the post by The Doctor Who Storybook 2008, and… Yep, this spooky novel won first place, named 2007’s best fiction book. Considering the competition (which also included further fantastic books in the range like Wooden Heart and Sick Building), that’s a considerable achievement!
It’s written by Mark Morris, his first for the New Series Adventures range but readers were familiar with his work from the Past Doctor Adventures, for which he’d written The Bodysnatchers (starring the Zygons) and Deep Blue. He’d go on to author a Torchwood novel, Bay of the Dead, and one more story for the New Series books: the similarly-excellent Ghosts of India, starring the Tenth Doctor, Donna Noble… and Gandhi.
It’s a genuinely scary book set at Hallowe’en in the small New England town of Blackwood Falls. Certainly it reminds me of Something Wicked This Way Comes, the astonishing book by sci-fi genius, Ray Bradbury. If that and the stunning cover aren’t enough to convince you to read it, nothing will.

The Story of Martha The only short story collection published in the New Series Adventures range, The Story of Martha was a breath of fresh air upon its release on Boxing Day 2008, and remains just as engaging now as it was then.
Taking place in the Year That Never Was, the book’s greatest accomplishment is making The Sound of Drums/ Last of the Time Lords enjoyable. The main thrust of the narrative, written by Dan Abnett, is Martha’s trip around the world, hiding from the Master while she spreads the message of the Doctor. It adds depth and context to the Doctor Who Series 3 finale, and really enriches the serial as a whole.
If you’re worried it’s just 238 pages of Martha running from the Toclafane, you’ll be pleasantly surprised: the bulk of this tome is made up of four stories – The Weeping by David Roden, Breathing Space by Steve Lockley and Paul Lewis, The Frozen Wastes by Dalek scribe Rob Shearman, and Star-Crossed by Simon Jowett – that the Doctor’s companion tells about her travels in time and space. It’s a great premise, but it’s at its most captivating when exploring details from Last of the Time Lords – more specifically, when the Master burns the islands of Japan, leaving Martha as the only survivor.
Come back tomorrow to find out which final novels make the cut from the Eleventh and Twelfth Doctors tenures (so far). Plus, there’s one final Tenth Doctor book you really need to read…

by Philip Bates time to read: 4 min
Features 10 New Series Novels All Doctor Who Fans Should Re…
Features Let’s Settle This Whole Torchwood vs UNIT Debate…
4
%d bloggers like this: