BBC Books have confirmed the third title in the upcoming range of Class spin-off novels.
The book, The Stone House by A.K. Benedict (The Beauty of Murder) joins Joyride by Guy Adams (Big Finish’s recent Fiesta of the Damned) and What She Does Next Will Astound You by James Goss (award-winning Doctor Who audio Dead Air) in the initial range of novels. 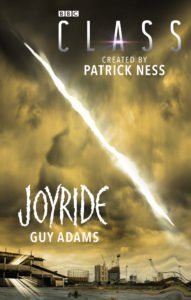 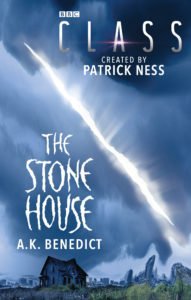 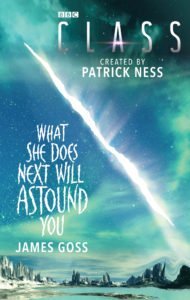 Benedict will be familiar to fans of Big Finish’s Torchwood revival. Her audio drama, The Victorian Age, was recently released as part of the range while Outbreak, a full-cast Torchwood audio co-written with Guy Adams and Emma Reeves, will be released in November 2016.
Taking place within the same world as its parent show, YA author Patrick Ness, the books are set to “follow Patrick’s vision for the series and provide a thrilling extension of this new fictional universe,” which seems to suggest we might be stepping out of Coal Hill Academy, the battleground for dangers breaking through the walls of space and time. BBC Books Senior Editorial Director Albert DePetrillo said:
“Patrick Ness is simply one of the finest writers working today – in any genre – and his new television series has all the hallmarks of his dazzling fiction. Class is a hugely exciting new brand for the BBC list, and we’re delighted to be working with Patrick and the production team at BBC Wales on these official tie-ins.”
With a darkness coming to an unprotected London, a new group of heroes to root for and new villains to hide from behind the sofa, Class is due to air this October on BBC3 – with all three tie-in novels set to be published on the 27th October.