Getting ready to invade newsagents near you, Panini have announced the latest in their ongoing Doctor Who Essentials series of special magazines, and this time, they’ve come for the planet itself!
The makers of Doctor Who Magazine continue their lavish series of bookazines with a 116-page issue celebrating some of the most memorable invasions in the series history.
Invasions of Earth includes interviews with:

Other highlights include a tribute to Nicholas Courtney, a look at Terry Nation’s original storyline for The Dalek Invasion of Earth, Jon Pertwee’s unmade story The Spare-Part People and much more. 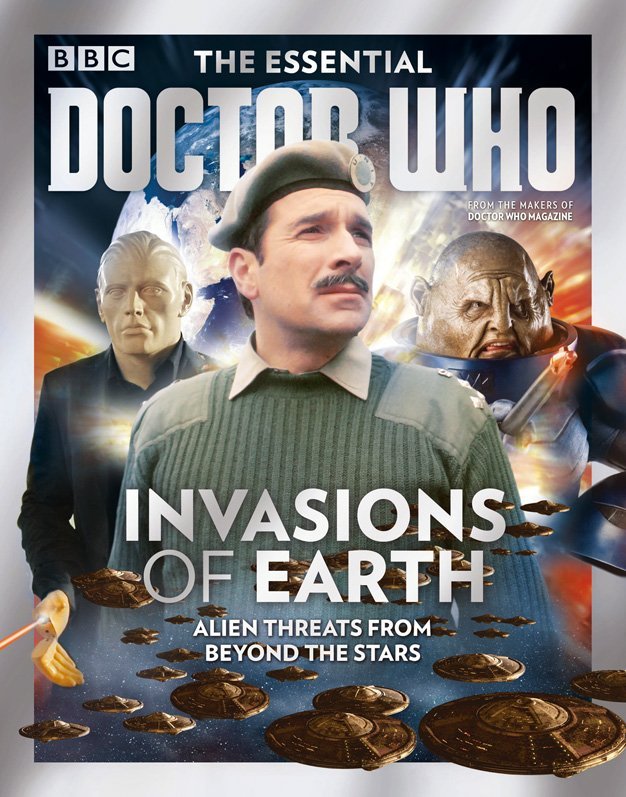 Editor Marcus Hearn says:
“Invasions of Earth have been central to Doctor Who since 1964. It was a big subject for us to tackle, but we’ve managed to cover almost every major era of the series with some fascinating articles and plenty of rare images. This is the story of our planet’s most epic battles!”
The Essential Doctor Who: Invasions of Earth is on sale now from all good newsagents…provided they haven’t been taken over by an invading horde of squids who need Frazzles to survive.