David Tennant has paid tribute to the War Doctor himself, Sir John Hurt in a special look back at his extraordinary career in this month’s Doctor Who Magazine.
From Alien to Z Cars, DWM celebrates the life and career of an acting legend who became the Doctor’s secret incarnation in 2013, including tributes from David Tennant, Steven Moffat, David Warner and Louise Jameson. 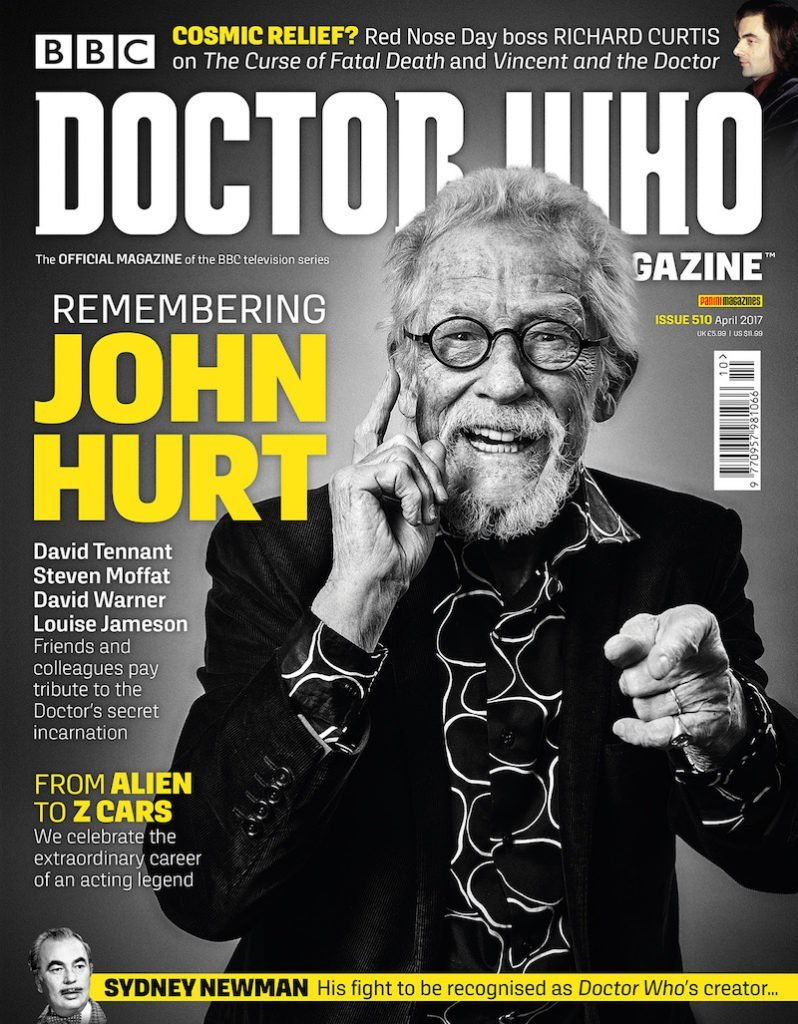 In an interview with DWM, Tennant talks about working with Hurt on The Day of the Doctor, the Doctor Who 50th Anniversary Special:
“Matt and I just sat like small children at the fireside, letting him tell us about Eric Clapton and The Beatles, and this extraordinary life that he had lived.
“… he’d known Tom Baker very well during Tom’s time as the Doctor. So he was very aware of it, and he was very thrilled to be part of the legend. I think he just thought that it was something he couldn’t quite resist. He entered into it wholeheartedly, with great brio and gusto. He was just a joy to have around.”
Tennant also spoke of Hurt’s desire to be a part of Doctor Who’s history:
“He was very keen to make sure he was part of the legacy. There was no fudging it, that he was a ‘pretend’ Doctor, or anything like that. He very much wanted to be in all the line-ups.”
“He had such a joy for life, that he’d love to communicate, both in his acting and in his personal life. It was a real privilege to be around him.”
Doctor Who Magazine #510 is available now.

by Andrew Reynolds time to read: 1 min
News Doctor Who is One of 2015/16's Most Exported …
News The Weeping Angels Allegedly Inspire Real-Life MI5…
8
%d bloggers like this: