Following the traditions of the previous few years, Titan Comics return to the San Diego Comic Con later this month with an exclusive comic – this time, featuring Peter Capaldi’s Twelfth Doctor and Pearl Mackie’s Bill Potts!
Written by Richard Dinnick (Doctor Who: Myths and Legends), the comic, called The Last Action Figure, sounds ideal for the convention, which is typically filled with fans looking for elusive items. Here’s the synopsis and a sneak peek inside:

“When the Doctor and Bill get entangled in the hunt for an impossibly-rare action figure, their journey takes them all across time and space!”

It comes with two different covers, both by the hugely-talented Alice X. Zhang, one featuring the Doctor and the other Bill. Meanwhile, art inside is provided by Mariano Laclaustra, Carlos Cabrera, and Nico Selma.
The issue will be available at SDCC’s Booth #5537, where Dinnick will be on hand to sign copies!
Elsewhere, the convention will also include two first-to-market window-boxed vinyl figures: the Eleventh Doctor, circa Closing Time with his name-badge (in case he forgets his name); and a Pandorica Opens (ie. the painting by Vincent van Gogh) TARDIS. 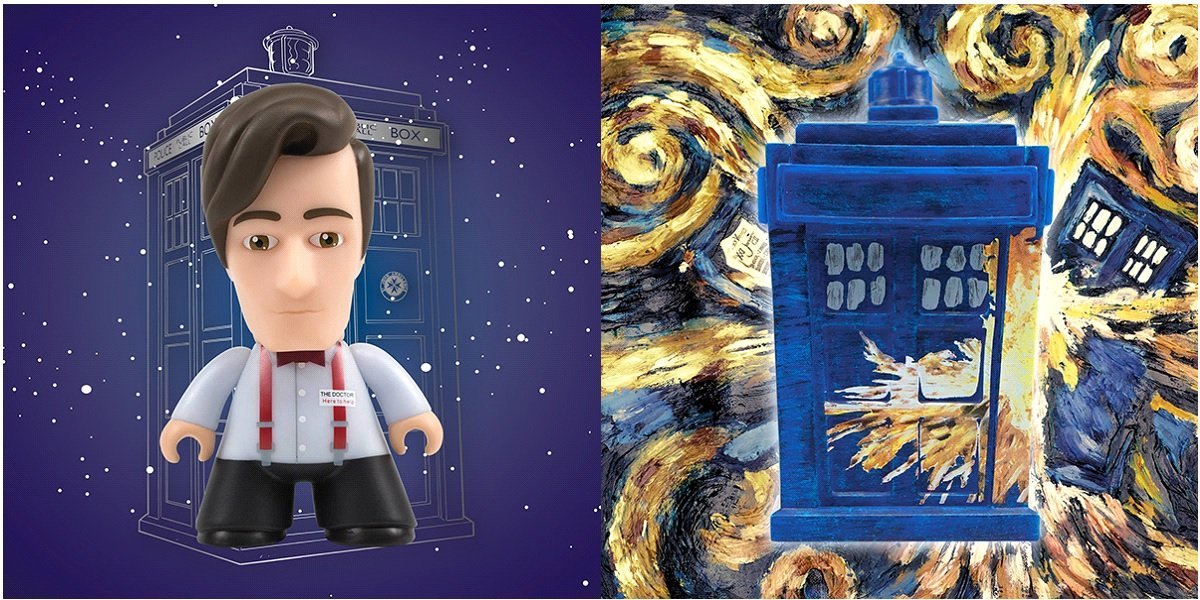 The San Diego Comic Con takes place between 20th and 23rd July 2017.
Are you lucky enough to be going to SDCC? Will you be picking up any of these? Or will you be scouting eBay for them afterwards…?