The Doctor’s daughter is back! Big Finish have announced that Georgia Tennant (born Georgia Moffett) will reprise her role as Jenny more than a decade since she left her father behind and set off on her adventures.
Jenny originally appeared in the 2008 episode, The Doctor’s Daughter as the artificially-created daughter of the Doctor. The actress – who is actually the daughter of the Fifth Doctor Peter Davison – ended up meeting her future husband David Tennant on the set of the BBC show.
The series, which will be called Jenny: The Doctor’s Daughter will feature four brand new adventures.
Speaking to Big Finish, Tennant said:
“I’m so thrilled to be joining forces with Big Finish to bring Jenny back. As we head into the 21st century, FINALLY a female Time Lord in charge of her own spaceship… oh wait!” 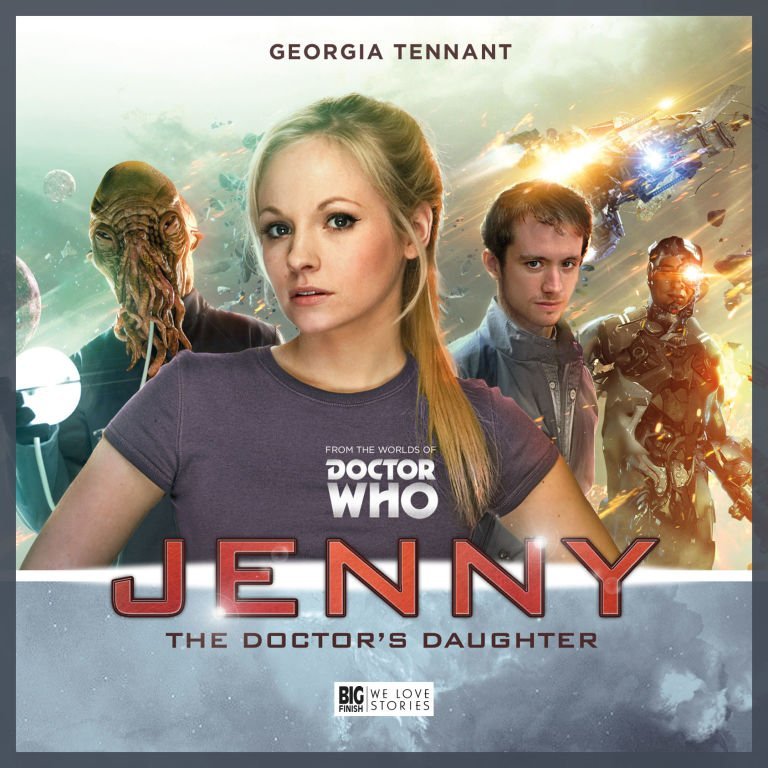 Producer David Richardson said:
“Having worked with Georgia before at Big Finish, I was very keen to make this series happen – and how brilliant to be able to bring Jenny into her own audio adventure series. I’m very proud of the female role models we have in our catalogue – River Song, Bernice Summerfield, Sarah Jane Smith, Charlotte Pollard among them – and in Jenny we have another brave, bold, intelligent woman who risks everything to save and protect others.”
Joining Georgia Tennant will be her own companion, much like the Doctor! Sean Biggerstaff (Harry Potter) plays Noah and follows Jenny in her adventures through time and space.
The four new adventures come from popular Doctor Who writers Matt Fitton and John Dorney, joined by Christian Brassington from BBC One’s Poldark, and Adrian Poynton, writer of BBC Three’s White Van Man.
Available as a box set, the stories consist of:
Stolen Goods by Matt Fitton
Prisoner of the Ood by John Dorney
Neon Reign by Christian Brassington
Zero Space by Adrian Poynton
Jenny: The Doctor’s Daughter is available for pre-order for its release in June 2018 at £23 on CD or £20 on download from Big Finish.

by Andrew Reynolds time to read: 1 min
News Shada Animation Heading To Cinemas In Australia
News Dalek Operator Sacked From Doctor Who Magazine For…
1
%d bloggers like this: