Why I Love: Shada (And You Should Too)

Shada has suffered something of the Tomb-effect in Doctor Who fandom. The fact that we almost had it but then lost it and can never see bits of it again – almost as if it were missing like many 1960s episodes – lent it an air of mystery. This was the missing epic from Douglas Adams, the master of British Whimsy. But since its partial release on VHS in the 1990s and recreation as a webcast with Paul McGann’s Eighth Doctor, it has shed some of the aura of hidden treasure. In fact, some have been rather critical of the story, the humour, and denouement in particular.
It’s often hard to see things objectively in circumstances like these – has Shada been inappropriately lauded because it was tantalisingly unreachable? Is the criticism justified or a backlash to years of unjustified praise?
Well, I’m here to set the record straight! Shada’s haphazard path to recent completion as a part-animated Season 17 finale is a part of the story now. Regardless of this, it’s a wonderful adventure – a perfect love-soaked gem buried beneath the top soil of 1970s Who. I LOVE Shada, and here’s why…

Douglas Adams manages to deliver on Doctor Who’s core product of child-friendly danger. Like C. S. Lewis and J. K. Rowling, he conveys threat and danger while not losing the playfulness and fun. 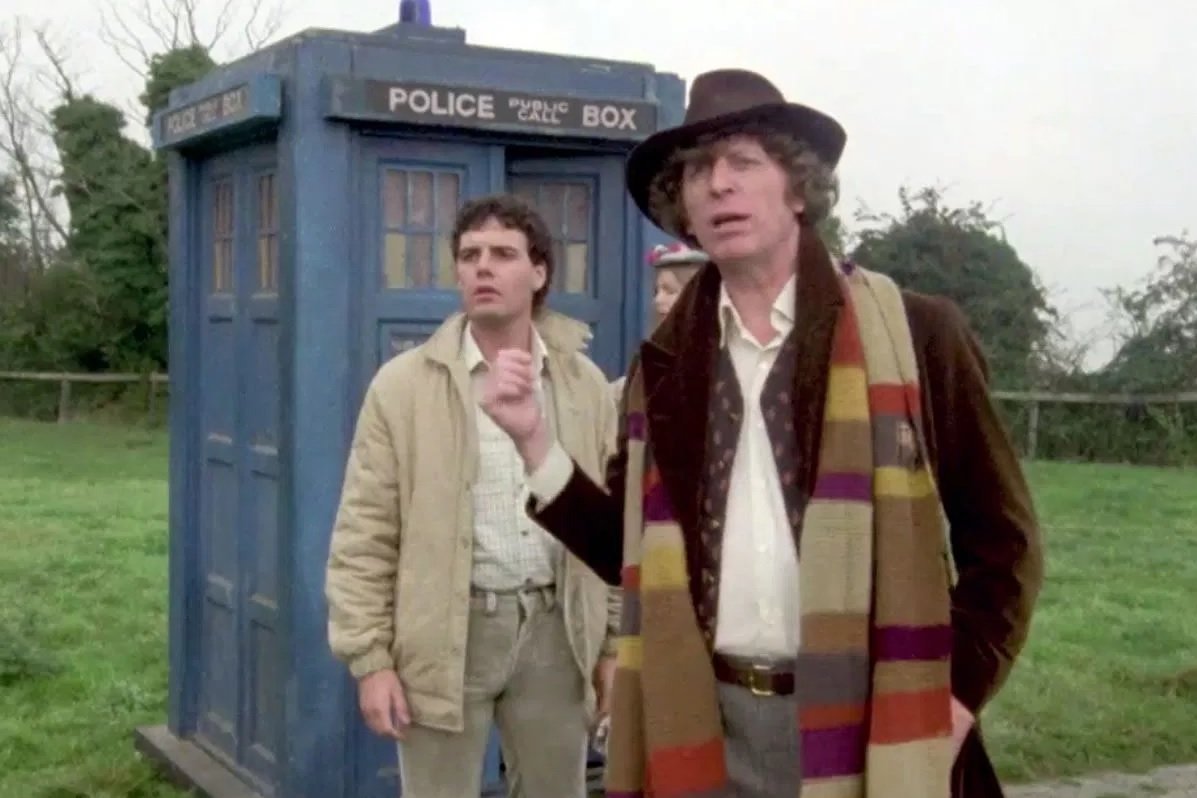 I first saw parts of Shada on the VHS release in the early 1990s. I was around 12 years old. I vividly remember the scenes with Professor Chronotis (Denis Carey) on the floor of his study having had his mind erased by The Sphere. The entire scene was spell binding – there were urgent secrets needed from a dying man. Mind-boggling palliative technology from the future frees up his brain stem so that he can think again, but he is unable to speak. And the moment where Romana (Lalla Ward) asks K9 (John Leeson) to amplify his heart beats and discovers he is beating them in Gallifreyan Morse blew my mind. “The Professor is a brave and clever man,” she announced – and my goodness, he was! This uncovering of possibilities, moment by moment, turned everyday settings into magical and exciting worlds. The combination of science-fantasy and imagination to peel back layers of reality and reveal hidden meaning were what made me fall in love with Doctor Who and few writers do it quite as well as Douglas. What was ostensibly an elderly (dying) chap lying on the floor of a study was turned into a monumentous struggle against evil. It was both a static scene surrounded by books and wood panelling but at the same time constantly changing – your understanding of what was happening was transformed until it really did become something clever and courageous.

Adams’ writing is full of secrets and almost everything we come across is revealed to be or transformed into something more. Similarly, this is central to Doctor Who’s success as a show: anything you can find in a school playground or an otherwise boring outing to the shops with parents can be altered into universe-threatening adventure material. An empty cow field hides an invisible space ship. A dusty corner of St Cedd’s college hides a powerful alien time machine. The University of Cambridge is unknowlingly harbouring an infamous Time Lord criminal in the guise of a bumbling, apparently harmless old man. A book in a mysterious language is, in fact, a time-space event that can manipulate TARDIS programming. Even the people end up being more than they first appear to be. Parsons (Daniel Hill) becomes the mental vessel for an intergalactic genius – an experience that leaves him feeling “marvellous”. Clare (Victoria Burgoyne) is transformed into a temporal engineering expert. The world Adams presents us with is one of embellishment and transformation – the message is that any of us can take part in these adventures and transform ourselves. 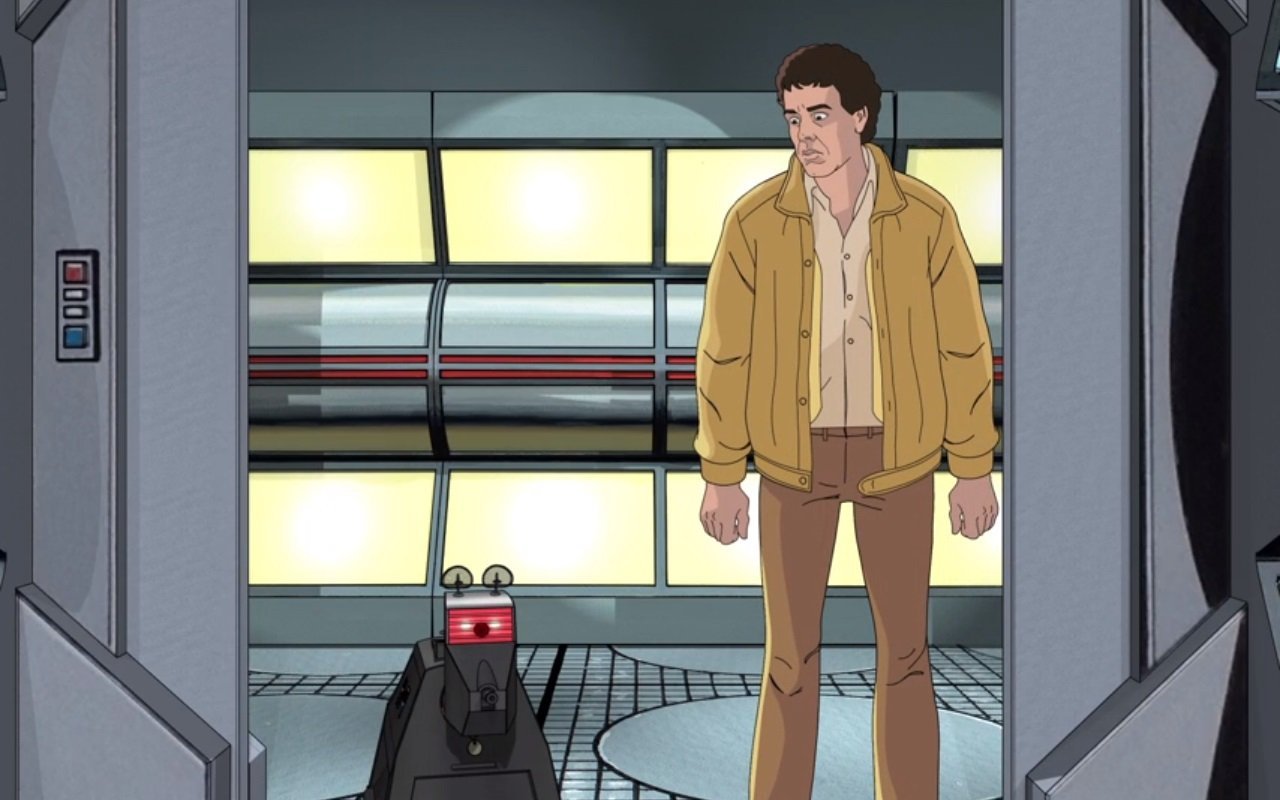 One of my favourite things about the story is that while the Doctor and Parsons are zipping about in the TARDIS, Romana and then Clare and Chronotis are more or less trapped in his college rooms. Later in the story, when he’s come back from the dead as a Dickensian time-ghost, the study becomes a far more magical place. It’s as though much of the story takes place in the wardrobe from the Chronicles of Narnia. And the pairing of Clare with the revived Chronotis is just wonderful. I could watch an entire spin-off series about the adventures of an undergraduate student and ancient Gallifreyan criminal juddering about space and time in a barely functioning TARDIS. Which leads me on to my next point…

Quite simply, the entire cast of Shada is having a wonderful time. While perhaps not always on the mark, the script is humorous and light and everyone is clearly confident in what they’re doing.
Tom and Lalla in particular are having a whale of a time. When the Doctor and Romana are smiling to each other, Tom and Lalla are grinning – it’s some of the best on-screen chemistry in the show’s history and, in my experience, the audience always has a good experience when they are sharing it with the performers.
This is heightened even further with the wonderful ending to the recent animation. Watch it if you haven’t already. It just goes to show that this fun nature continues to this very day. Okay, so the dreaming spires are Oxford but I think this applies. Cambridge (like most universities) is the perfect setting for Doctor Who – it’s an eccentric, incredible, and silly place full of traditions, history, and ideas about the future. In many ways, the British academic establishment seems to be something of a model for Gallifrey. Hence it’s the perfect place for a little subversion and intrigue.
Douglas Adams seems to have had a real fondness for his alma mater which comes through in the script. For him, the university is exactly the place you’d find a Time Lord hiding out at the top of an ivory tower. The entire story is preoccupied with intelligence and minds. It almost feels like a big pre-exam anxiety dream! And on a personal level, I had three very happy years there where I found some similar personalities and willful eccentricity. I recall one professor in particular who lived at the top of a tower with a number of stuffed animals dotted about. So terrifying were the supervisions that it was a good few months in that I eventually noticed that the deers’ antlers had somehow found their way on to the rabbits head. He was also 24th world ranking in tiddlywinks, apparently. Not quiet the same as the Twelfth Doctor’s blue Police Box in the corner, but there were potential Time Lords everywhere!
So Shada, for me, is perfect Doctor Who. It’s fun, it’s dangerous, and full of the unexpected. We’ll never know how it would have sat in the Great Hierarchy of stories had it been finished back in 1979. It’s certainly not perfect – the ending feels a little rushed and lacking in the epic expectations the earlier episodes convey. But for me, Shada is plucked straight from the collective unconscious of the show. It’s clever and brave. It’s full of magic and mystery and turns the everyday world into an adventure – and I love it!

Why I Love: Shada (And You Should Too)

by James Lomond time to read: 5 min
Features An Open Letter to Steven Moffat
Features Post-Doctor Who Fandom, And How To Do It
5
%d bloggers like this: