Out Now: Doctor Who Magazine Special Edition – The 2018 Yearbook

Setting forth to celebrate the reign of the Twelfth Doctor, The Doctor Who Magazine Special Edition – The Yearbook 2018 is a unique celebration of the Peter Capaldi’s final adventures, from The Return of Doctor Mysterio to Twice Upon a Time. Packed full of all-new features and previously unseen images, this is the essential guide to the year in Doctor Who.
It’s been a remarkable year for Doctor Who; culminating with two Doctors overcoming an existential crisis on Christmas Day before letting go of what has come before and letting the future in the form of the Thirteenth Doctor carry the show off into uncharted territory. 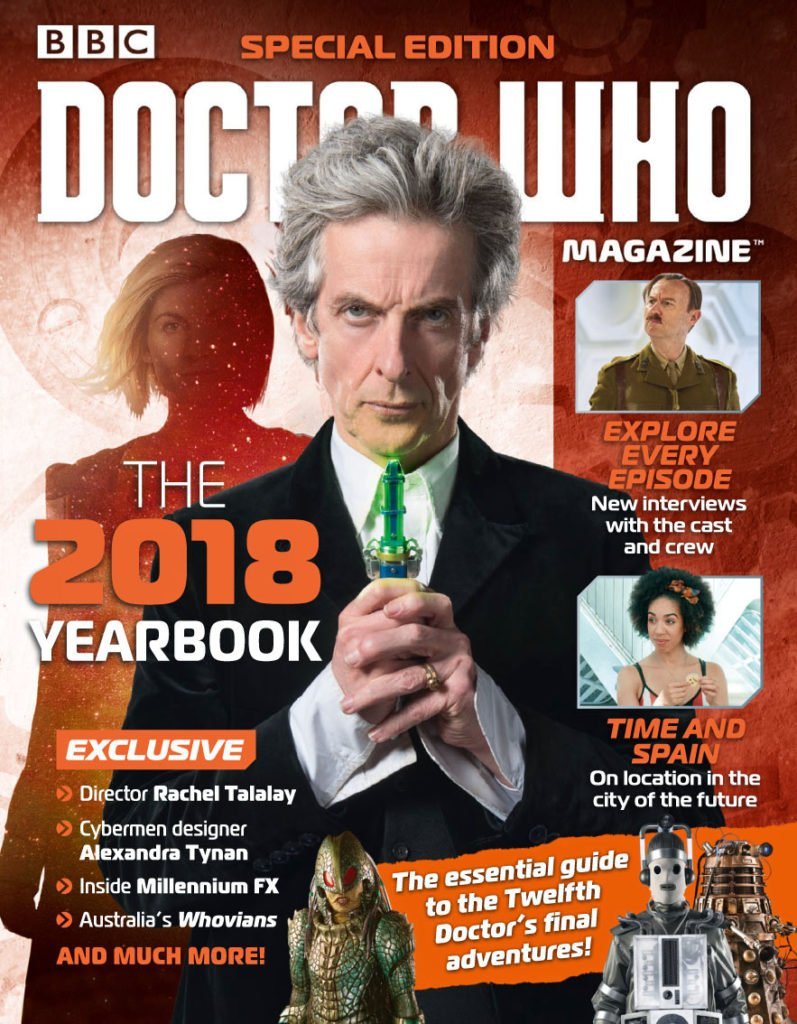 Celebrating this threshold year, the Yearbook contains exclusive interviews from:

Editor Marcus Hearn says:
“The latest Yearbook is out a little later than usual because we wanted to complete our coverage of the Twelfth Doctor’s stories by including Twice Upon a Time. This issue covers more episodes than any previous Yearbooks, but there are many other fantastic articles in there too. We hope this is a great souvenir of an incredible era.”
The Doctor Who Magazine Special Edition – The Yearbook 2018 is on sale now price £5.99.

Out Now: Doctor Who Magazine Special Edition – The 2018 Yearbook

by Andrew Reynolds time to read: 1 min
News The Eighth Doctor Returns in Big Finish's Doc…
News What Advice Would Karen Gillan and Pearl Mackie Gi…
0
%d bloggers like this: