We are sad to report the death of Doctor Who script writer, David Fisher, who passed away on 10 January 2018, at the age of 88.
An experienced television writer, Fisher actually first pitched ideas for Doctor Who in the 1960s but it was not until the Tom Baker era that his first story was accepted. He would become one of the mainstays of the later part of the Fourth Doctor’s tenure, with four of his stories produced between 1978 and 1980.
The first two of Fisher’s stories would be screened during The Key To Time season, earning him a rare distinction for a writer in the classic era by having two stories shown consecutively. The Stones of Blood was notable for its dark and menacing atmosphere, together with strong female guest roles for Beatrix Lehman as Professor Rumford and Susan Engel as Vivien Fay; it also happened to be the show’s 100th storyline.
For The Androids of Tara, Fisher memorably followed Script Editor Anthony Read’s brief to come up with a Doctor Who version of Anthony Hope’s classic swashbuckler novel The Prisoner of Zenda, resulting in four of the most fun episodes the programme ever made with an excellent villain in Peter Jeffrey’s Count Grendel.
Fisher was commissioned to write A Gamble With Time for Season 17 but personal problems left him unable to complete the scripts, leaving Douglas Adams and Graham Williams to take a number of Fisher’s ideas and turn them into enduring classic City of Death under the pen name David Agnew. The documentary, Paris in the Springtime on the City of Death DVD shows that rather more of Fisher’s key concepts made it into the finished story than had previously been thought. 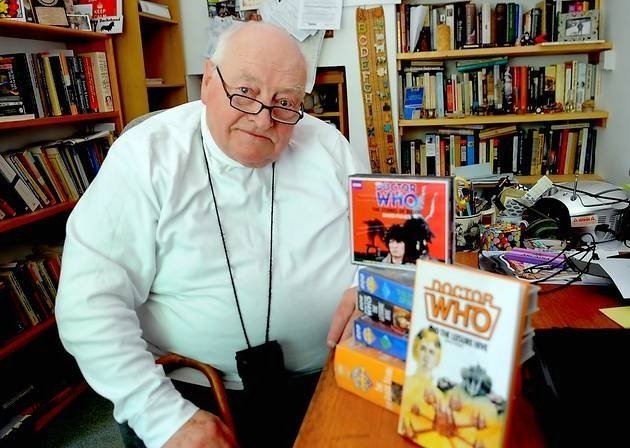 There would be another story that season with Fisher’s by-line, The Creature from the Pit, which benefitted from some excellent location filming but was sadly let down by the realisation of the creature itself.
David Fisher’s final script for the show would be The Leisure Hive, the opening story of Tom Baker’s final year as the Doctor which heralded a new look for the programme. It was to be a somewhat troubled production with Baker suffering from ill health, a chilly atmosphere on set between him and Lalla Ward (Romana), and an overspend in the budget causing problems for new producer, John Nathan-Turner.
In 2011, the writer recalled:

“My children thought it was marvellous. The way we all watched Doctor Who was from behind the sofa… Doctor Who seems to be having another lease of life. I’ve just had to do an interview for someone who’s writing for an American Doctor Who magazine. It seems to have taken off again.”

Fisher would produce novelisations of The Creature from the Pit and The Leisure Hive for Target books. Many years later, he adapted both The Stones of Blood and The Androids of Tara as audiobooks for CD release.
In his long career, David Fisher also wrote for Dixon of Dock Green, General Hospital, Crown Court, Hammer House of Mystery and Suspense, and Hammer House of Horror.
Our thoughts go out to David’s family and friends.