Chris Chibnall: "The Doctor's New TARDIS Will be Male"

UPDATE: Yes, okay, we admit it – this is an April Fool’s Day gag, but we like to hope a few of you were tricked for at least 3 minutes. As far as we know, the TARDIS will still be the Doctor’s missus, albeit one a tad damaged by the recent, explosive regeneration. Happy Easter to all our readers!
Original article:
In July last year, millions of jaws dropped all around the world when a certain British actress threw back her hood.
Jodie Whittaker’s big reveal was both embraced and vilified by the Doctor Who fandom – but whether you loved or hated the new Doctor, it was clear that change was on the horizon. And while details since then have been sketchy, with stories and character information kept tightly under wraps, we can now reveal one crucial piece of information: the TARDIS is about to have a gender reassignment.
That’s right: according to reports, when Whittaker steps through those doors into a presumably refurbished interior later this year, the TARDIS will no longer be female. In an uncharacteristically generous piece of info sharing, new showrunner Chris Chibnall has revealed that the not all the changes inside the console room will be cosmetic.
“Change has always been an integral part of Doctor Who,” Chibnall told the Mirror this week. “It’s a new era for the Doctor and we’re entering uncharted territory. “I’ve always said I didn’t want a female Doctor to be a publicity stunt, but now that we’ve done it, the door is open to all sorts of other things we can do – and one of the decisions we’ve made for this series is that the TARDIS is no longer going to be a woman.”
While historically the TARDIS has first and foremost been a space and time machine, the idea of it having a sentience, and even a personality, goes back to the 1960s. Indeed, it was the Third Doctor who assigned a gender, of sorts, when he referred to it as ‘old girl’ (in The Time Warrior) – which future incarnations also adopted in earnest.
Of course, the Third Doctor also referred to Bessie as ‘old girl’. Nonetheless the idea of the TARDIS as a living organism – of sorts – permeated the show for years, reaching its zenith in a much-loved Series 6 story entitled The Doctor’s Wife. Here, for the first time, we got to hear the TARDIS speak, and discovered that she knew the Doctor far better than he knew himself.
So why change things now?
“It’s all about the dynamic,” Chibnall explains. “There was a sense of rivalry about the TARDIS when Clara was hanging about – we saw that in some of Steven’s episodes.
“They are, to all intents and purposes, a couple. The TARDIS has been the one constant in the Doctor’s life since he got started. Everyone else has come and gone – the TARDIS is the only one that stayed.
“But the Doctor’s just been through a whopping great change – one of the biggest she’s ever endured – and it stands to reason that the TARDIS would want to empathise with that. What better way to show loyalty than to undergo the same sort of transformation?” 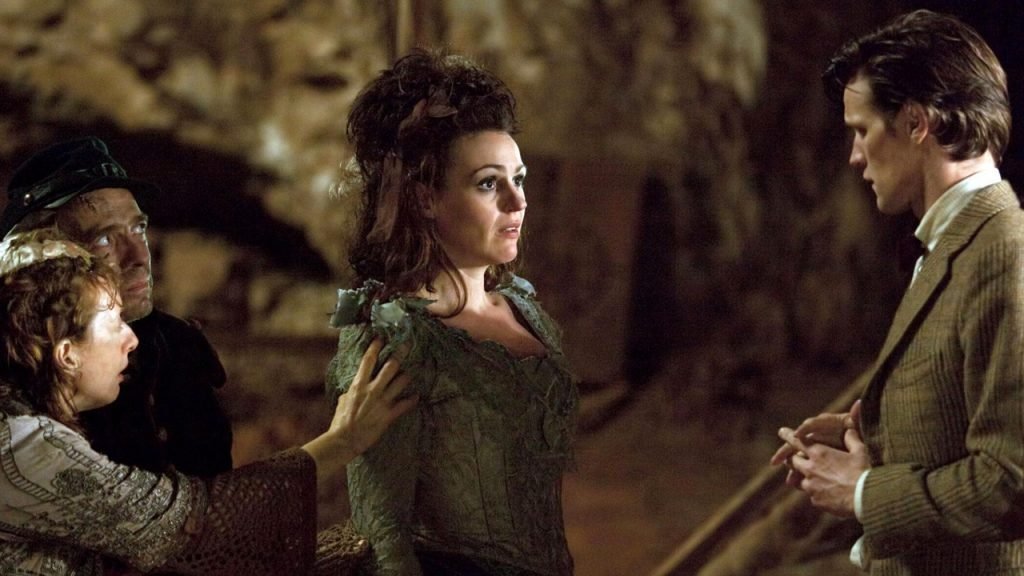 So does this mean we’ll see Whittaker wandering around awkwardly caressing levers and referring to her time capsule as ‘old boy’? Chibnall isn’t saying, but he’s keen to emphasise this will be a stylistic approach, rather than a major plot point.
“I don’t want to go into the specifics of it at this time, but it’ll be there in the background. Little things – maybe the odd joke about multitasking or refusing to ask for directions.”
But the Mirror has more. According to a ‘source’, veteran fantasy writer Neil Gaiman has been approached to pen a follow-up to his seminal 2011 story entitled The Doctor’s Husband, which will see “the new Doctor encounter her TARDIS in human form on a strange desert planet, where they’ll come up against Daleks”.
Gaiman himself has been quick to rubbish that particular rumour, taking to Twitter to denounce the claims. (The Tweet has mysteriously been deleted, but we managed to get a screen grab first.)

Still – there’s a good chance that this could become a self-fulfilling prophecy, particularly if the fans get their way. So long as the new direction doesn’t involve a lot of unnecessary gender politics, this particular tweak could be a winner. And it would be brilliant to explore the Doctor/ TARDIS dynamic from the opposing perspective. We don’t even care if it’s in an episode called The Trouble With Kevin.
What do you think about the new, male TARDIS? Let us know in the comments!

Chris Chibnall: "The Doctor's New TARDIS Will be Male"