Eric Roberts Returns as the Master for Big Finish's The Diary of River Song!

For the first time ever, Big Finish is bringing together four Masters – including Eric Roberts, the first time he’s played the part since the 1996 TV Movie!
It’ll also be the first time Michelle Gomez plays Missy for the audio company (although she previously Jevvan in June 2007’s Valhalla, opposite Sylvester McCoy’s Seventh Doctor); they’ll be joined by Derek Jacobi as the War Master, and Geoffrey Beevers as the decaying Master. They’ll take on Alex Kingston’s titular character in The Diary of River Song: Series 5, which is due out in January 2019. It contains the stories, The Bekdel Test by Jonathan Morris, Animal Instinct by Roy Gill, The Lifeboat and the Deathboat by Eddie Robson, and Concealed Weapon by Scott Handcock.
Executive producer, Nicholas Briggs says:

“This is something we’ve been so incredibly excited about for so long. It’s been thrilling enough for us to work with Alex for all the River releases, but to put her against the Doctor’s former best friend turned arch enemy is not a little mind-blowing.”

Roberts only played the evil Time Lord in 1996, in a TV film that also introduced Paul McGann as the Eighth Doctor, so it’s quite a coo that he’ll be back, some 22 years later.
Meanwhile, Gomez played Missy, the Master regenerated into female form, between Deep Breath (2014) and World Enough and Time/ The Doctor Falls (2017); Beevers first played the part in The Keeper of Traken (1981), but has returned for Big Finish across numerous titles, including Mastermind, The Light at the End, and The Two Masters; and Jacobi’s Master went under the guide of Professor Yana in Utopia (2007), and has recently played the War Master for Big Finish’s Only the Good box set. 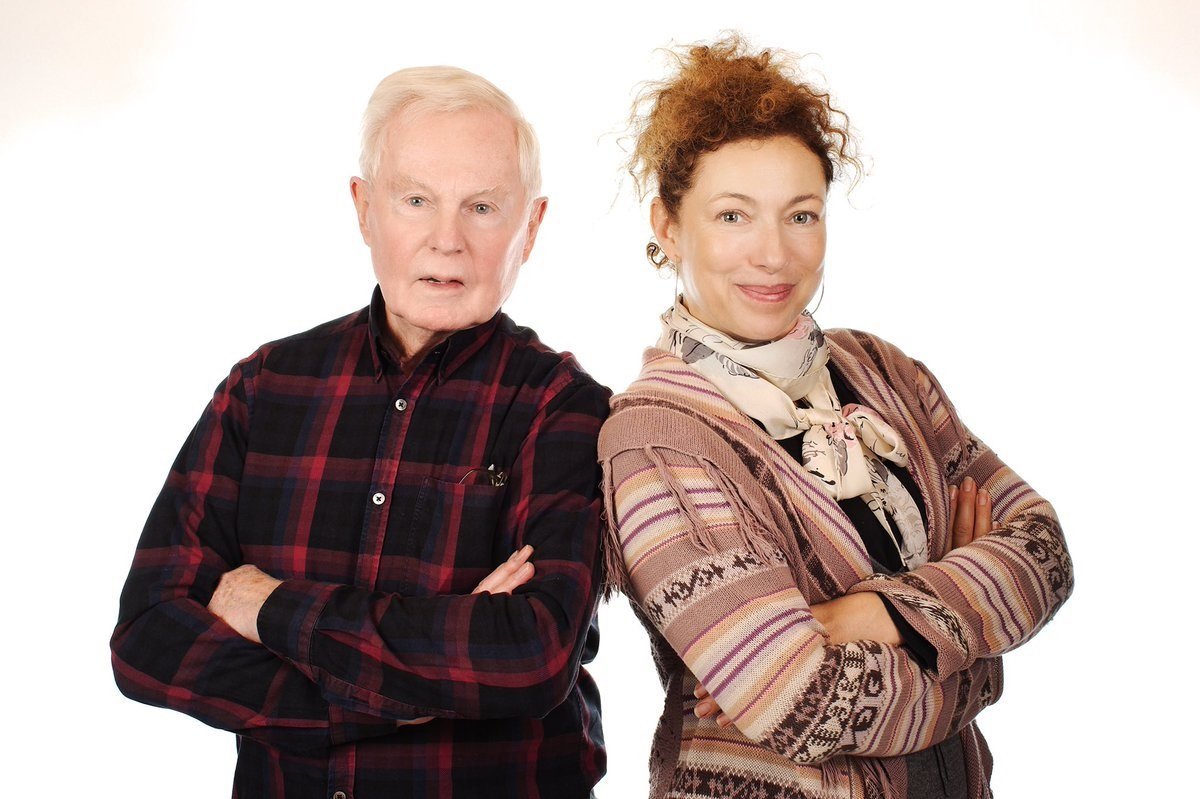 “It’s a medley of Masters! In previous box sets, River has been travelling back through the Doctor’s incarnations. This time around she is meeting some of the Masters – and we have some amazing firsts in this box set!”

“Working with Eric was a complete joy. Firstly, he is such a nice man and so easy to communicate with. Secondly, he likes to work and he likes to work fast. Scenes whizz by and we are all enjoying yourselves so much that you forget you are directing an Oscar nominee with over 450 movies under his belt (which should be intimidating – but isn’t). He’s very down to earth – no ego or vanity involved. I hope we work together again soon!”

The Diary of River Song: Series 5 won’t be out until next year, but you won’t have to wait that long for your fix of River – she’s back this Autumn for Series 4, with Tom Baker as the Fourth Doctor.

Eric Roberts Returns as the Master for Big Finish's The Diary of River Song!