Victory of the Daleks: 10 Things You (Possibly) Didn’t Know About Winston Churchill Winston Churchill, as played so beautifully by Ian McNeice in Victory of the Daleks, was a maverick and a genius. A journalist, a soldier, and a statesman, he started his life in politics in the Conservative Party, then joined the Liberal Party, and finally returned to the Conservatives. In the 1930s, when other members of his party sought to avoid war with Hitler by any means, he stood out strongly for rearmament and was denounced as a warmonger. He replaced Chamberlain as Prime Minister in 1940 and formed a wartime coalition government with Clement Attlee, the Labour Party leader, as his deputy.

At the time Victory of the Daleks is set, France had fallen to the Nazis and Britain stood alone against the German war machine. The United States had not yet entered the war. As an island, Britain was protected against Hitler’s land armies but, as Churchill says in the episode, invasion was expected daily. The Nazis gathered barges from all the conquered countries of Europe to be converted into landing craft: if it could defeat the RAF, it could launch a seaborne invasion across the channel. No wonder McNeice’s Churchill looked to Bracewell’s Ironsides as the wonder weapon which could win the war: in reality, the British government considered the use of anthrax against German cities and large stocks of the filth were prepared, loaded into bombs, and then withdrawn at the last minute.

Churchill was a wit and a genius at rhetoric. Many of his quips and quotations are well known: some of them are apocryphal. But here are 10 things you maybe didn’t know about Churchill:

Footnote: Churchill is a hero of the present Prime Minister, Boris Johnson, who wrote a quickie biography of the great man in 2014. Johnson’s former employer, the historian Sir Max Hastings, who sacked Johnson from The Daily Telegraph for lying to him, said: “[Johnson] supposes himself to be Winston Churchill, while in reality being closer to Alan Partridge.”

And, of course, Fact #11: Churchill knew several incarnations of the Doctor, commenting to the Eleventh Doctor that he’d changed his face again. This is an absolute fact and cannot be denied by reality.

Victory of the Daleks: 10 Things You (Possibly) Didn’t Know About Winston Churchill 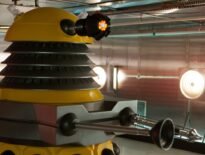 Features What Exactly Is the Eternal Dalek from Victory of … 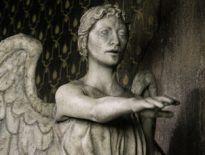