It took a while but Big Finish have finally mastered the Sixties era of the show absolutely pitch-perfectly. Out of the Deep is another continuation of that success and while it isn’t the best Short Trip or indeed Sixties-era story, there is still plenty to enjoy in this more reflective and thought-provoking piece.

Read by Peter Purves, Out of the Deep sees the First Doctor and Steven arriving in 1850s Mesopotamia, ready to deal with a strange alien force dwelling in the bowels of a recently uncovered temple. If this weren’t bad enough, their investigation is hampered by the arrival of another explorer and his daughter.

These Hartnell stories on audio really made me appreciate Steven as a companion. I really like him in The Time Meddler, but otherwise for me, he’s just a character who’s there, someone I really want to like but because most of his stories are missing, I’ve never really taken to him. It’s excellent that, through the work of talented writers like John Prichard, I’ve finally come to really like Steven.

Peter Purves’ narration is excellent also. Not only does he perfectly recreate Steven’s voice – surely something that isn’t easy after over 50 years – he gives a rather good rendition of Hartnell. Something I see with a lot of the Short Trips is fans complaining that the actors’ voices for the Doctor aren’t spot on. But it isn’t going to be spot on. And while I’ll admit that Purves’ Hartnell might be a little more high-pitched than it was on screen, I’ve always enjoyed it because the essence of the original performance is there. That’s what’s important here.

big-finish · Doctor Who – Short Trips: Out of the Deep (Trailer)

So perfect is Purves’ performance that you can easily imagine this story (and many others of its ilk) being an on-screen adventure. And Prichard’s story feels like it is taken from the Sixties, I presume slotting in sometime between The Daleks’ Master Plan and The Massacre.

Prichard has a great handle on the characters here too. Having written for the pairing of the First Doctor and Steven before in adventures like Fields of Terror and Daybreak, he’s clearly at home in that era – though I’ll admit I didn’t understand why the scenes without Steven were told with a “The Doctor told me later” spin.

In fact, if there was one thing that was somewhat disappointing, it was that Steven spent most of the time out of the action. It’s quite a strange thing to do when the story is told from the viewpoint of the companion. But it’s only a minor quibble as I did really enjoy this adventure. Prichard makes sure to throw a few questions in here too, and offers us a little discussion on the nature of humanity and war; while these are themes that we’ve had before in Doctor Who, they are still important to discuss.

Even with a few strange creative choices, most notably keeping Steven away from the core narrative, Prichard has nonetheless crafted a strong and enjoyable story, a nice adventure one could imagine making a decent two-part outing had it been shown on-screen. Peter Purves once again shines as both Steven Taylor and the First Doctor and, with the always competent direction from Lisa Bowerman, Out of the Deep is a thoroughly enjoyable tale.

Short Trips: Out of the Deep is available as a download for just £2.99 from Big Finish. 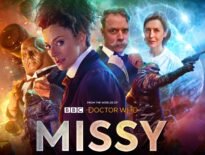 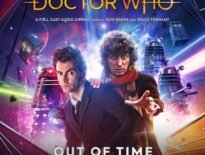