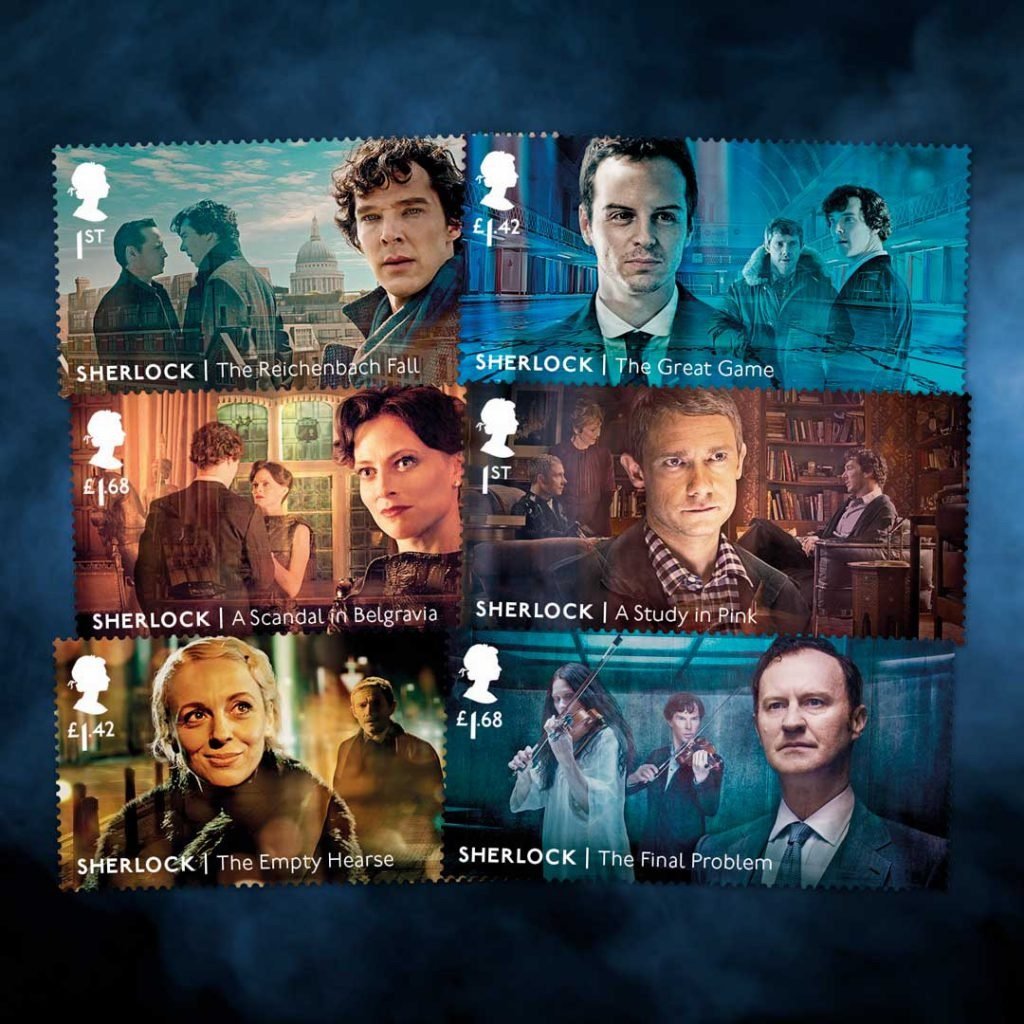 The Royal Mail is celebrating a decade of the hit BBC show, Sherlock (from Doctor Who writers, Steven Moffat and Mark Gatiss), with new sets of stamps and presentation packs which spotlight Benedict Cumberbatch’s Great Detective.

The standard stamps feature imagery from The Reichenbach Fall, A Study in Pink, The Great Game, The Empty Hearse, A Scandal in Belgravia, and The Final Problem. A further collectors sheet adds in screenshots of iconic moments from those episodes, including Moriarty instructing his followers to “GET SHERLOCK”, Holmes contemplating his “ear hat”, and Irene Adler in 221B Baker’s Street.

You can buy framed prints of these stamps as well, either together or individually, plus special limited edition medals linked to Sherlock or the Doyle’s original tales.

Sherlock debuted on BBC1 in 2009, created by Moffat (who took over as showrunner of Doctor Who in 2010) and Gatiss, who’s written numerous Who episodes including The Unquiet Dead, The Crimson Horror, and Empress of Mars. Gatiss played Mycroft Holmes in Sherlock, the detective’s troublesome but genius brother.

Head over to the Royal Mail for the full range. 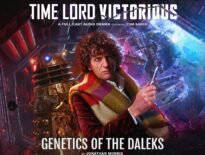 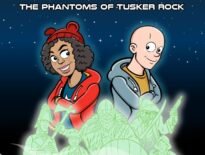