The first official Doctor Who animated spin-off is coming, and we’ve got a sneak peek at the series, Daleks!, a part of the multi-platform event, Time Lord Victorious.

The trailer also reintroduces the Mechanoids, an impressively-designed robotic race curiously used in The Chase then never again. Anjli Mohindra (The Sarah Jane Adventures) will voice the Queen of the Mechanoids, with Ayesha Antoine (Midnight) is The Chief Archivian and Mechanoid 2150. And of course, Nick Briggs is the Daleks.

Daleks! sees the Dalek Empire come up against a terrible force. The Daleks, the most feared race in the universe, finally meet their match when they invade the fabled Archive of Islos. What ancient and deadly force lurks inside the greatest library in existence? Soon their home planet Skaro is under attack and the Dalek Emperor is on the run. Can the Daleks defeat their opponent and regain their planet, even with help from an old enemy? Or will this be the end of the Daleks?

Check out this first look:

The footage has divided fans, but considering it’s a free story, I think it looks pretty well done, and naturally, it all rests on story. If there’s a strong narrative, that’s the key here.

Daleks! will consist of five 10 minute episodes which will be released weekly on YouTube, starting with the debut episode on Thursday 12th November 2020. 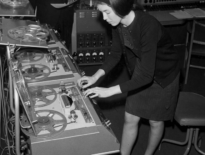 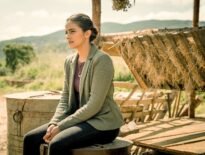