Filming on Doctor Who Series 13 has begun, but showrunner, Chris Chibnall has confirmed that it’ll likely consist of fewer episodes. It looks like the run of 10 episodes that have been a staple of the Thirteenth Doctor era has been scaled back to just eight, apparently due to restrictions caused by the Coronavirus pandemic.

“In this strangest of years, the Doctor Who production team have worked wonders to get the show back into production. Given the complexity of making Doctor Who, and with new and rigorous Covid working protocols, it’s going to take us a little longer to film each episode, meaning we expect to end up with eight episodes, rather than the usual 11.”

“The usual 11” refers to the New Year’s specials too, so we don’t really know if Series 13 will have eight episodes in a row or seven plus a festive episode.

These will reportedly air in Autumn 2021. Perhaps those seven will then run into an eighth next Christmas, but that’s pure speculation.

“We are so thrilled to have unlocked the TARDIS, dusted down the sonic and be able to start filming again for the next series of Doctor Who. The amazing production team, crew and cast have worked wonders to get us shooting again in these challenging times.  It’s going to be as fun filled and action packed as ever – with plenty of surprises.”

While it’s good news that Series 13 isn’t too far away and that filming has started, only getting eight episodes, though blamed on Covid-19, is disappointing and curious. Does this mean only eight scripts were written? Surely plans for the series will have been made long before the Coronavirus hit?

I guess we’ll learn more as time goes on.

Doctor Who returns over this coming festive period with Revolution of the Daleks. 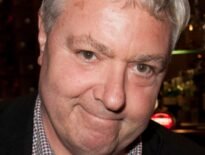