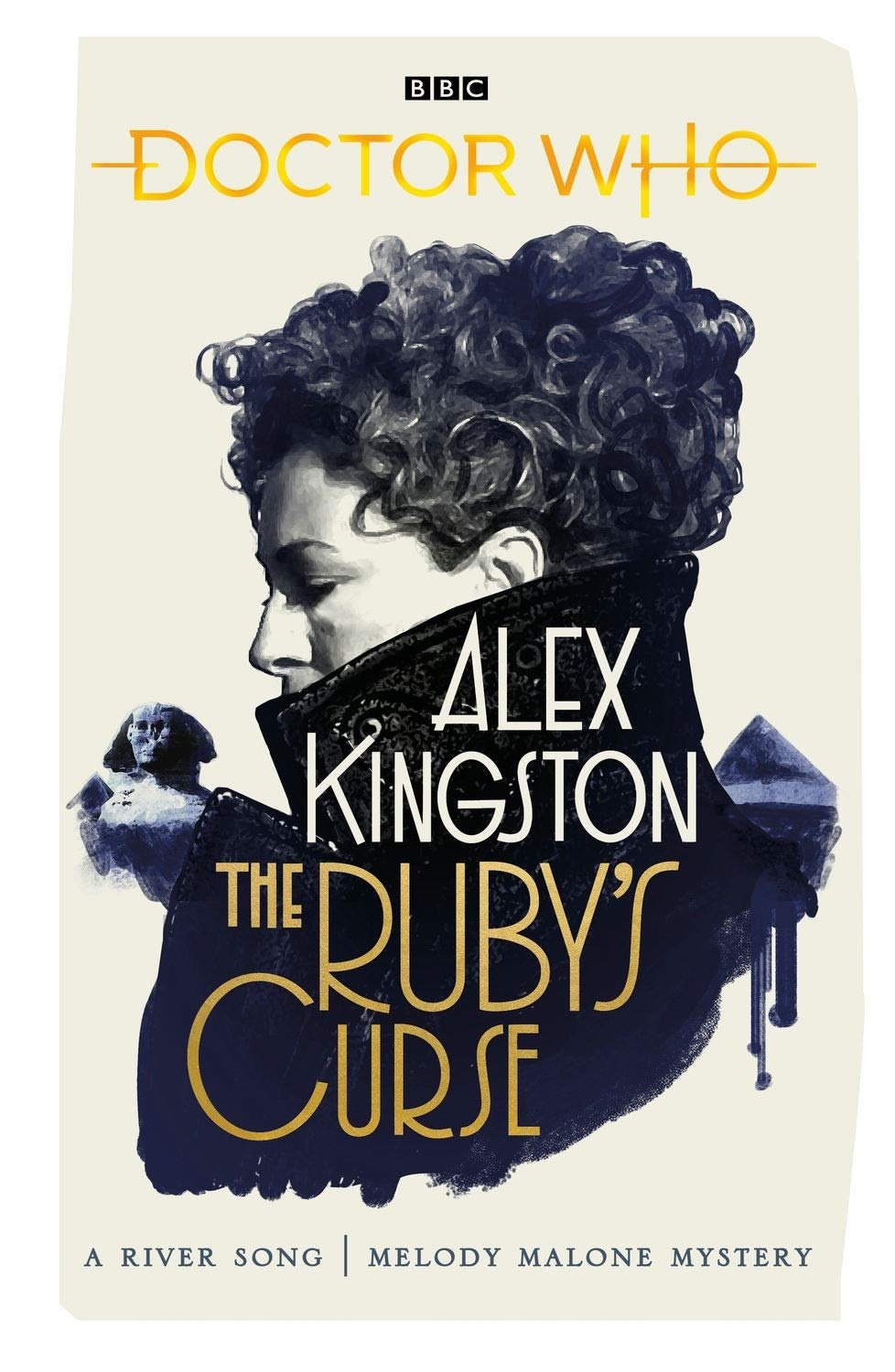 How do you recapture the joys of the golden days? Nostalgia, by definition, is a fondness tinged with sadness – that those times have passed, an acknowledgement that there will forever be that longing for rose-tinted times. That’s why I approached The Ruby’s Curse with both a sense of excitement and cautiousness. Regular readers can attest to how much I love the Eleventh Doctor era, so would this novel – written by River Song herself, Alex Kingston – successfully fling me back to those times, or would it feel like an unnecessary cash grab?

I could labour over the point but let’s cut straight to the chase (because The Ruby’s Curse does): it captures the magic of the Steven Moffat era and actually enhances it.

Obviously, this should be a divisive book. People will either love every second or cast it aside before even finishing it. I’m not sure it will be, however. River is a divisive character too, so anyone picking The Ruby’s Curse up is likely to be a fan of Professor Song anyway… and in that case, it’ll deliver exactly what those readers will be looking for. River’s worlds are built on beautifully: we get references to what happened to Amy and Rory after The Angels Take Manhattan; we get immersed in historical events; we learn more about her not-quite-fictional alter ego, Melody Malone, private eye in 1930s New York; and we find out substantially more about Stormcage, the jail she spends her days in after possibly killing the Doctor. Oh, and yes, all this is very timey-wimey.

The Ruby’s Curse opens with River breaking into Stormcage. Well, she needs a bit of quiet time to write her next Melody Malone mystery! From there, the story largely splits into two: River in prison, writing and getting more intrigued about another prisoner, Ventrian; and Melody, trying to secure the titular gemstone, believed to have been owned by Cleopatra. There’s murder, aliens, and a Vortex Manipulator. Par for the course. Then the surprises start creeping in, including a shock cameo from a friend and the brief yet pleasing appearance of… Oh, wait, what was I saying?

The two narratives intertwine, lines are blurred, and the mysteries draw you in further. Both plots are as compelling as each other, although some of the end-of-chapter cliffhangers do tempt you into skipping to the next chapter in the respective storyline – but it’s vital you don’t because the two strands feed off one another.

There does come a point where characters get too muddled. At some point, you can guarantee that River/Melody will mention someone and you’ll say, “who’s that again?” Fortunately, Kingston accounts for this with a Dramatis Personae at the front of the tome. You typically find those in playscripts and older books, but it’s absolutely needed here.

Some readers will inevitably get lost. Even so, the story’s charm is undeniable and carries you through regardless. The central mysteries power you on too. Said mysteries include:

Just as enticing are the delightful allusions to many of River’s TV adventures, notably The Time of Angels, The Impossible Astronaut, and The Wedding of River Song. Part of that might be the way the novel emulates Doctor Who so excellently, successfully jumping between genres, ideas, and styles. Immediately obvious are the sci-fi and detective genres, but then there’s a splash of satire, a large helping of historical fiction (which nonetheless puts you in mind of Death on the Nile), and a wonderful dose of wit. There’s a time-twisting switcheroo that’s ridiculous, meaningful, and sublime.

Of course, we don’t know how much of this is Kingston, and how much is her co-writer, the brilliant Jacqueline Rayner, who has a history of writing for the character (The Diary of River Song Series 3: A Requiem for the Doctor) and for the era (The Lone Centurion Volume 1: I, Rorius). But I wouldn’t be surprised if Alex were the driving force and Rayner responsible for fine tuning; certainly both make it clear that they know River inside-out, and the planning stage of The Ruby’s Curse must’ve been both headache-inducing and huge fun.

That probably sums up the book, actually. Sometimes, you’ll wish you had River’s natural sense of time and be able to reconcile narratives, but rest assured, it all converges beautifully and leaves you feeling very satisfied.

River’s journey began and ended in a library, and now, here she is, in a novel written by the person who knows her best. The Ruby’s Curse is well worth a place in The Library, and in your library because it is joyous – and one of the best Doctor Who novels I’ve read. 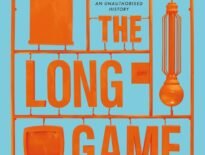