An epic beginning to an epic nine-episode serial, with David Tennant reprising the role of his iconic incarnation, Dalek Universe 1 is a Big Finish boxset like no other in the Tenth Doctor range: heavily arc-driven with plenty of tributes to the Classic era. Perfectly timed for the 15th anniversary of Series 2 premiering on BBC One. Oh yes!

While the titular pepperpots barely make an appearance, unlike its prequel The Dalek Protocol, there are plenty of nostalgic surprises — and shocking plot twists — that you won’t see coming. (I’ll try my hardest to avoid giving away as many spoilers!)

Kicking off with a two-parter, Buying Time/ The Wrong Woman sees the Doctor ending up on the jungle planet Mira, in the 41st Century, where he reunites with Space Security Service (SSS) agents Anya Kingdom (Jane Slavin) and Mark Seven (Joe Sims) who are investigating the wreckage of a crashed ship. It’s an excellent way to blend in characters and concepts from both the Classic and New Series eras, especially with the Visians from The Daleks’ Master Plan.

Meanwhile, on Earth, businessman George Sheldrake (Mark Gatiss) of — yes, I’m stating the obvious — Sheldrake Industries prepares to launch a new transport system of time tunnels at midnight. Very dangerous for the market, considering the recurring interferences with time. While there is (in-universe) speculation that he might be a Time Lord (definitely not the Unbound Master), due to Sheldrake acquiring Gallifreyan technology, that doesn’t turn out to be the case at all… which I’m okay with.

We are treated to a shocking cliffhanger for Buying Time, which introduces the Newcomer. After playing Yara Greyjoy in Game of Thrones, Gemma Whelan delivers a brilliant, yet comical, fresh take on a very familiar enemy known to the Doctor — hence the second half’s title The Wrong Woman. Let’s just say that this “Newcomer” is less mischievous than Missy, but still full of amusement for the die-hard Classic era fans.

David Tennant never disappoints when delivering the voice of my favourite incarnation on audio, maintaining the exact same personality and mannerisms. Even at the age of 50, he still sounds and so feels young at heart. And his Broadchurch co-star Joe Sims does a wonderful take on Mark Seven, giving a nice mix of humanity and machinery (with a malfunctioning twist along the way).

The two-part opener outstandingly shapes up the Dalek Universe arc by mixing in the vibes of both the Russell T Davies and Steven Moffat eras on an epic, thrilling scale. Like his Eighth Doctor stories Day of the Master and Palindrome, John Dorney has already become an expert in expanding his scripts to two hours, which has delivered perfect results for Buying Time/ The Wrong Woman. And I don’t believe that I’m the only one who’s keeping my fingers crossed for the third boxset to conclude with a two-part finale…

In The House of Kingdom, the Doctor meets Anya’s estranged grandfather, Merrick Kingdom (Kevin McNally) on the planet Neptune, and finally learns about her family heritage. A character-driven episode which reintroduces the Mechanoids and Varga plants, it doesn’t get any better. As for that, the Varga plants still have some of the most terrifying effects on human beings, just like in Mission to the Unknown, but I’ll avoid giving away too much about their (dark) depictions.

This is Andrew Smith’s first script for the Tenth Doctor, but also the second for Anya — well, “Ann Kelso” in her debut story The Sinestran Kill, where she met the Fourth Doctor (Tom Baker). I love how they were each centred on Anya’s character development, from her WPC disguise to the Kingdom bloodline. Smith has definitely got the hang of expanding key elements of Jane Slavin’s unique companion and portrayal, as well as carefully crafting sequels to various Classic era serials with extensive research; Domain of the Voord, Mistfall, and Return to Skaro are excellent examples.

It’s also bittersweet and nostalgic to have Sara Kingdom and Bret Vyon (half-siblings) revealed as Anya’s late aunt and uncle, with Lena (Sara’s sister) being her late mother. (Bret was originally portrayed by Nicholas Courtney, and I wouldn’t rule out the idea of him being a descendant of Brigadier Lethbridge-Stewart.) After listening to The Perfect Prisoners for the first time, I did actually wonder how they were all related until Big Finish announced more audios with Anya. Same with the Doctor’s misgivings towards her, after being brainwashed by the Syndicate, I love how their relationship contrasts between both incarnations before forgiving her in the end.

You can also check out Andrew Smith’s family tree sketch of the Kingdoms, on Twitter:

Overall, Dalek Universe 1 is the perfect recommendation for hardcore Doctor Who fans and more casual listeners alike. If you’re keen to try out a Tenth Doctor audio, start with this! And on a side note, you don’t necessarily have to listen to The Dalek Protocol and/or Queen of the Mechonoids (from The Diary of River Song Series 8) to understand the entire Dalek Universe arc.

Dalek Universe 1 is available as a download and on CD, as well as a Limited Edition vinyl. 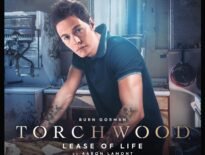 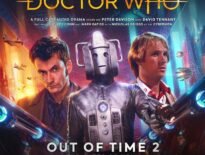