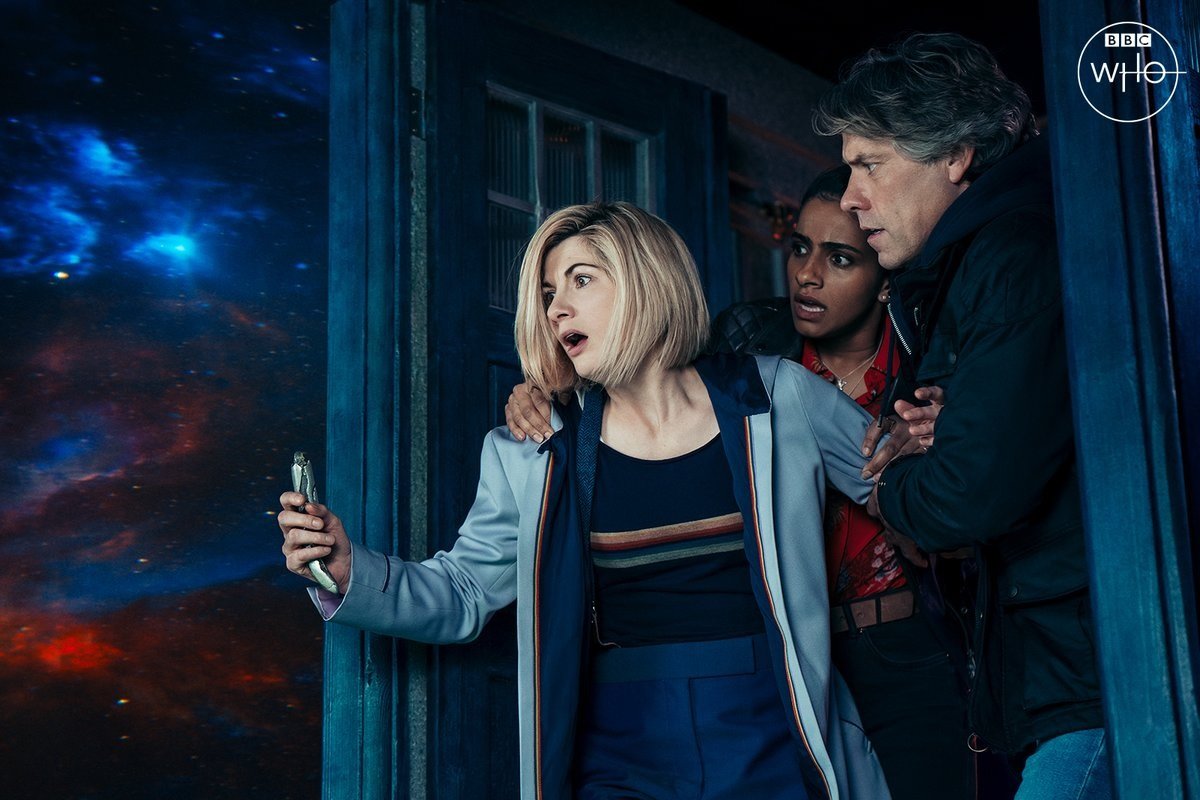 With Jodie Whittaker’s final full series as the Thirteenth Doctor just around the corner, the actor sat down to talk about the challenges of filming under Covid restrictions, the serialised Flux, and what we can expect from Series 13.

How did it feel filming your last series, during COVID?

We started filming late because of COVID so starting was a tentative time because none of us had shot during the pandemic. So knowing it was my last I knew it would be very different because we weren’t able to travel, we couldn’t be tactile in that way we were.

But what was immediately reassuring is as soon as you got on set, no matter if the logistics or the face of the show seemed different because of masks and all of that, all of the heart and all the love was still there and it was still great fun. We were able to be safe as we could be and as caring as we could be and not lose the atmosphere on the set. It was such a pleasure to be around people, so I was delighted! It was emotional to start with because you hadn’t seen anyone and everyone has gone through so much to get to the first day, and you want to make sure you’re not the person to make a mistake as the domino effect can be so catastrophic on the set.

Also, it was the longest time I hadn’t seen Mandip!

Did you approach anything differently coming to a serialised story?

I don’t think so. As an actor you’re so used to things changing so the change between serialisation  and episode arcs doesn’t change your approach in any way – I could not quote what happened in what episode as I can see the whole story in its entirety. I just know we all start on a journey, where we go and how it pans out.

The thing that’s most different is that it’s been almost 12 months (of  filming) and it requires a different type of stamina than I’ve ever had to find before.

Are you excited for how it will be for audiences to see the story portrayed that way?

Definitely. Obviously for Whovians (the story) has played out in many different ways over the years,  and I think it for us it was great to have had the experience of both. It was definitely the right decision for us to start Series 11, my first series, in a way that was a jumping off point for anyone that hadn’t watched it before.

And this series certainly doesn’t exclude people that haven’t seen it but it gives reason to go back and rediscover, it also has those brilliant cliffhanger moments and that, as actors and for the characters, it gives lots of different layers you can bring to it. You don’t want to play the endnote in the first episode because you know you’ve got this journey to go with a  particular beat or particular emotion.

Even with the serialisation, it’s still very episodic and each episode has its world that is different from the rest. There may be characters you see again but you certainly feel like you are taken through many different worlds and times like you would in our previous seasons.

Were there any special moments that stood out for you filming Series 13?

For us, getting to know John (Bishop) has been wonderful. He came in at one hundred and ten (percent) with his energy and enthusiasm. He’s been so much fun to be around he’s been a massive team player. For us, we were still grieving Brad (Walsh) and Tosin (Cole) and for him to come in and  not to fill anybody’s shoes and be his own person…we found a new dynamic which felt brilliant and it felt so comfortable.

I think the way you meet Dan and that whole introduction; those are really fun  scenes. I think all the early scenes with him and Karvanista has been really fun to shoot. I’ve been lucky to enough to work with new people but I’ve been lucky enough to work with people I’ve worked with before. This is the third time I’ve worked with Jacob, I’ve worked with Annabel, we’ve played sisters before, and this was so lovely just to spend time with her. Thaddea Graham, I’ve never  worked with Thaddea and she blew me away from the read-through – just from Zoom I was like, “That girl is phenomenal.” And that’s the thing, it can be your first interaction with people or it can be an old friend stepping on set but what you always get at the end is that it’s like you’ve all known each other for years. Like I was in Kevin McNally’s company for about 10 minutes and I felt like I’d known him for 20 years.

We’ve had to put certain safety precautions in place, but it hasn’t in any way dampened that kind of camaraderie.

Other highlights are we’ve so many ensemble scenes, we’ve had some brilliant scenes with the likes of Craige Els, Craig Parkinson – we can feel so many people in a scene and it can feel really epic, it’s been great.

Have you gotten used to being spotted everywhere by the fans, three series on?

I’m really lucky, as whenever I have a reaction it’s always really joyous and everyone is really warm and welcoming. The fans are the show – there’s no way a show can last this many years without loyalty and a fan base and you don’t have the show without them. To have those interactions when you have them is wonderful.

What journey does the Doctor have this series?

From where we’ve left her, I think self-discovery is the biggest journey the Doctor goes on this series.

Can you tell us about any stunts you have this series?

We’ve done a lot of wires this year, particularly for certain scenes in episode one, it was mine and  Mandip’s first few days (on set). We started at energy of a hundred and then after two days I was bruised and hurt and realised that this is why there are stunt doubles, as I am pathetic!

You do a lot of flips as if you’re falling through space and have to spin yourself backwards in a rotation and make  sure you don’t get tangled. It’s all wonderful as you don’t think at the time that you’ll be able to do it.

I also do sword fighting in this, or maybe it is best described as avoiding being got by a sword – I  really loved that. Stunts wise there is lots of action but rather than jumping through cranes it feels  like a lot of falling through space!

There are lots of exciting monsters this series — can you tell us about any that stand out for you?

The thing that’s fun about working with monsters that have been in it before but are new for me is that it makes you feel like you are getting your moment of history… like Sontarans, for me it’s my first (as the Doctor) so that was great.

The prosthetics are amazing – do you get used to working with actors that you can’t recognise?

You forget that the make-up is on them after 10 minutes as you’re so used to seeing them having a  cup of tea and talking to people.

Why should people tune into Series 13?

How would you describe the series in three words? 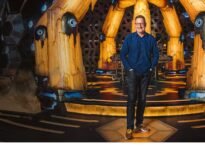