For the second time in its history, Doctor Who will be made by a company other than the BBC.

A report in The Times of 1st November, 2021 claims that Russell T Davies made his return to Doctor Who contingent on the transfer of control over the series to Bad Wolf, the independent production company soon to be co-owned by Sony. Bad Wolf will make the programme and the BBC will screen it in the UK.

If the report is true, it demonstrates the clout that Davies now has in the television industry: he can ask for virtually anything he wants, and it will be given to him. Unless, of course, we read more into Chris Chibnall’s talk of someone “finally picking up the baton”, which implies no one else would.

With the exception of the TV Movie, Doctor Who has always been made in-house by the BBC or by BBC Studios. However, “sources”, according to The Times, say that Davies has insisted that Bad Wolf takes complete control over the series. Bad Wolf and Davies will be responsible for the creative direction and production: BBC Studios would look after merchandising, international sales, and “other ancillary matters”. Said source for The Times is quoted as saying:

“It’s extraordinary that BBC Studios has just rolled over.”

The Times reports that the BBC could be set to lose £40 million on commercial revenue for every 10 episodes. This seems unlikely: BBC Studios’ remit, like that of its predecessor, BBC Worldwide, is to exploit BBC intellectual property and generate more money for the corporation to supplement its income from the UK television licence. Would BBC Studios really have agreed that Bad Wolf could keep such a huge slice of the revenues made by Doctor Who?

“BBC Studios is ultimately responsible for delivering the show and this production partnership is about long-term investment that will radically build on the already huge success of the show.”

Since the early 1990s, after the 1990 Broadcasting Act, the BBC has been obliged to source 25% of its programmes from independent production companies. About half of the dramas now shown on the BBC – such as the smash hit, Call the Midwife – are made by independent companies and it is not necessarily a radical move to hive off Doctor Who to an independent company.

Perhaps the BBC is happy to have Doctor Who taken off its hands and given to someone – Davies – it can trust to make a good product: the BBC will enjoy the profits and lose the hassle. 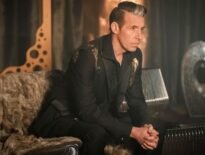 News Title and Synopsis Released for Doctor Who: Flux E… 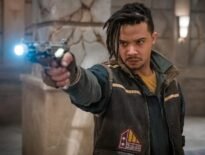