Title and Synopsis Revealed for Doctor Who: Flux Episode 5 The episode title and synopsis for episode 5 of Doctor Who Series 13 has been released, and begs the question, who are the Survivors of the Flux?

Ye, it makes for the slightly awkward title, Flux: Survivors of the Flux, but it’s a decent name in itself — and leaves just one title from Flux to be announced.

We’ve also been treated to a synopsis, but if you’d hoped to learn something from it, this certainly isn’t your lucky day. It’s as generic as you’re ever going to get:

“As the forces of evil mass, the Doctor, Yaz, and Dan face perilous journeys and seemingly insurmountable obstacles in their quest for survival.”

The cast list, however, teases some returning characters, including Rochenda Sandall as the Ravager, Azure; Barbara Flynn as Aswok; Thaddea Graham as Bel; Craig Parkinson as the Grand Serpent; and Kevin McNally as Professor Eustacius Jericho. Survivors of the Flux also stars Robert Bathurst as Farquhar.

Plus, of course, Jodie Whittaker as the Thirteenth Doctor, Mandip Gill as Yasmin Khan, and John Bishop as Dan Lewis, aka our TARDIS team!

Written by Chris Chibnall and directed by Azhur Saleem, Survivors Of The Flux airs on Sunday 28th November at 6:25pm on BBC1.

Title and Synopsis Revealed for Doctor Who: Flux Episode 5 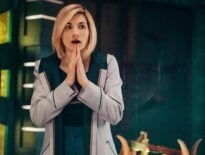 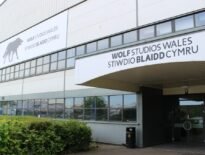