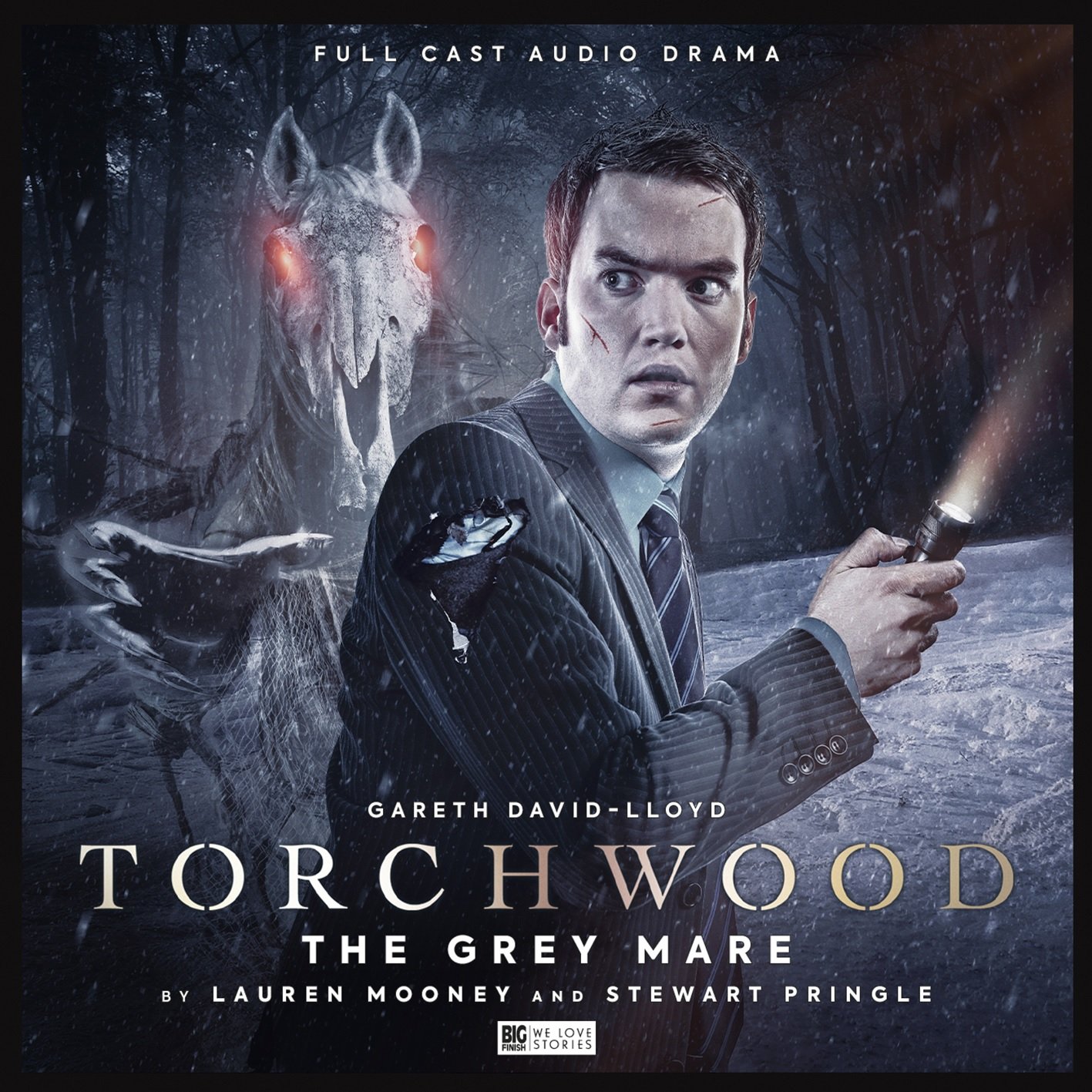 Winter is a time of reflection and early sunsets, and possibly it’s the latter that leads to so much more of the former as less time can literally be spent looking forward and around at our surroundings when they’re shrouded in shadow and cold.

That’s a loose thematic intro for this review of the two latest Torchwood Monthly Range releases from Big Finish, The Grey Mare by Lauren Mooney and Stewart Pringle, and Cadoc Point by David Llewellyn. Both are ghost stories of a kind, and most certainly modern British horror.

The first of those takes Ianto Jones (Gareth David-Lloyd) on a well-earned Christmas break to a village away from Cardiff and his colleagues, but unfortunately an element of his day-to-day life in the city follows him into a very different part of Wales.

The Mari Lwyd is a horse skeleton wrapped in robes that during the festive period goes around the streets asking to be let in and enjoy the food and warmth that households have treated themselves to. Usually it’s just some villagers doing a lovingly animated puppet show to maintain a long tradition, but when Ianto visits he, along with the owner of his holiday rental Annie Watkins (Rhian Morgan) and Daniel (Sion Daniel Young), gets to encounter the real thing.

The latter two begin their involvement in the plot to essentially introduce Ianto to local life and the Mari Lwyd tradition, which is as Welsh as they come while also being reminiscent of the monstrous festive creations seen in places like northern Italy, but do get fleshed out into characters that become more heavily involved in the plot and the horror.

It’s enjoyable to hear Ianto and Annie converse at the start and you see the awkwardness he has away from his work (and evident when he first met Captain Jack Harkness in flashbacks shown in the television episode Fragments too), because this is an Ianto who is turning off from a day job that simultaneously keeps him sane but also makes his existing scars run even deeper (see Cyberwoman and Broken for exploration of that part of his character).

Having him combine normality in a holiday cottage in rural Wales with a marauding horse skeleton that not only seems to be killing people of the village but also zombifying them somewhat subverts the usual British horror cliche of the ‘cult of villagers’ actually being behind the violent or supernatural threat. Here, they get eradicated in depressing style because a picture is already being painted of this village being a location where those who were alive were occupying an area in decline and with a great feeling of loss both for the older generation such as the widowed Ann Watkins and the younger and stalled Daniel.

The direction does sell the horror well when it arrives, while keeping it very festive too, and for a writing team of first-time contributors to Big Finish, it’s a very strong debut from Mooney and Pringle that utilises a small cast well for a cautionary Christmas story that is just as enjoyable listening to now in the arguably colder and more home-bound month of March.

Sergeant Andy Davidson (Tom Price) also goes to a cottage in the middle of nowhere for Cadoc Point, and similarly has to confront a spectre of sorts as well as taking wisdom from an older voice. This time, the involvement of an older character is particularly interesting following LGBT History Month in the United Kingdom, and this episode uses Gareth Armstrong’s character Merl Williams to basically tell the life story of an old gay man. Nothing revolutionary, but when so many members of the queer community were lost before their time last century, it hits home the importance of having that representation of gay characters that were able to live full lives (often still in secret) with other gay people.

But Merl Williams has some secrets, and Andy is acting in Torchwood’s absence to find out what they are.

The episode begins with Andy turning up to the house of Merl, his art teacher from when he was at school, asking if he can use his phone after his car broke down on a road nearby. Andy knows that Merl has previously been investigated by the police for the disappearance of some of his former students from the nearby Codac Point, but he doesn’t reveal his line of work at first and seeks his information by befriending his old teacher instead.

It builds up to some inevitable questions about the missing persons, and gives both actors a chance to shine with their carrying of the conversation to its awkward point where Andy’s true motives become clear. At this point, it feels very Luther-esque in its set-up and also in what prejudice the listener could carry towards Merl and if there is a mystery killer about; how the episode then brings in its next character Darren Jenkins (Aled Pugh) then explores the art world in urban Wales only adds to that feel.

In fact, with the constant suspicion that goes with ‘homosexual ex-teacher investigated over dissapearance of former pupils he was close to’, you can imagine this would be the kind of challenging drama that the BBC would have only started attempting in the late 2010s, and the same goes for Big Finish too. Thankfully, the devices that are used by the writer here to create suspense and distrust are just that, and the episode takes stranger and darker tones that keep it in Torchwood territory.

The ghosts here are as much the people who were previously in Merl’s life, whether they were partners of any kind or not, rather than just the disappeared students and their absence is arguably explored more than those Andy is investigating.

While the horror is effective in the preceding release, in this one it’s downright scary and it’s boosted by Armstrong and Jenkins’ performances of somewhat broken people. The looks we get into their mental health really sells the impending doom tied to the spectre of this story and depending on the range of your imagination that can be visually horrific sight.

The only true criticism of this episode is its conclusion, which seems a little too simple, but it’s a strong enough story that ‘and then it ends with little explanation’ doesn’t detract from it. Maybe it’s a faux ending, in the confrontation with the spectre, as this is more a story of how Merl has to come to terms with his life loss, which he had contained in art he had made himself or collected, and what happens to them towards the end of the story ends his connection to the monstrous element of the plot and also the haunting memories of his past while Andy gets to confront the big bad. Definitely a release worth buying.

The Grey Mare and Cadoc Point are both out now from Big Finish, 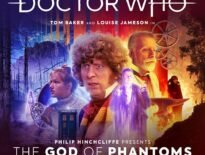 Big Finish Big Finish’s The God of Phantoms: The Story … 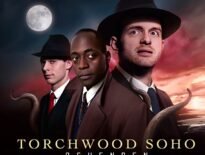