Big Finish’s The God of Phantoms: The Story that Hints at an Adventure With the Hinchcliffe Doctor? 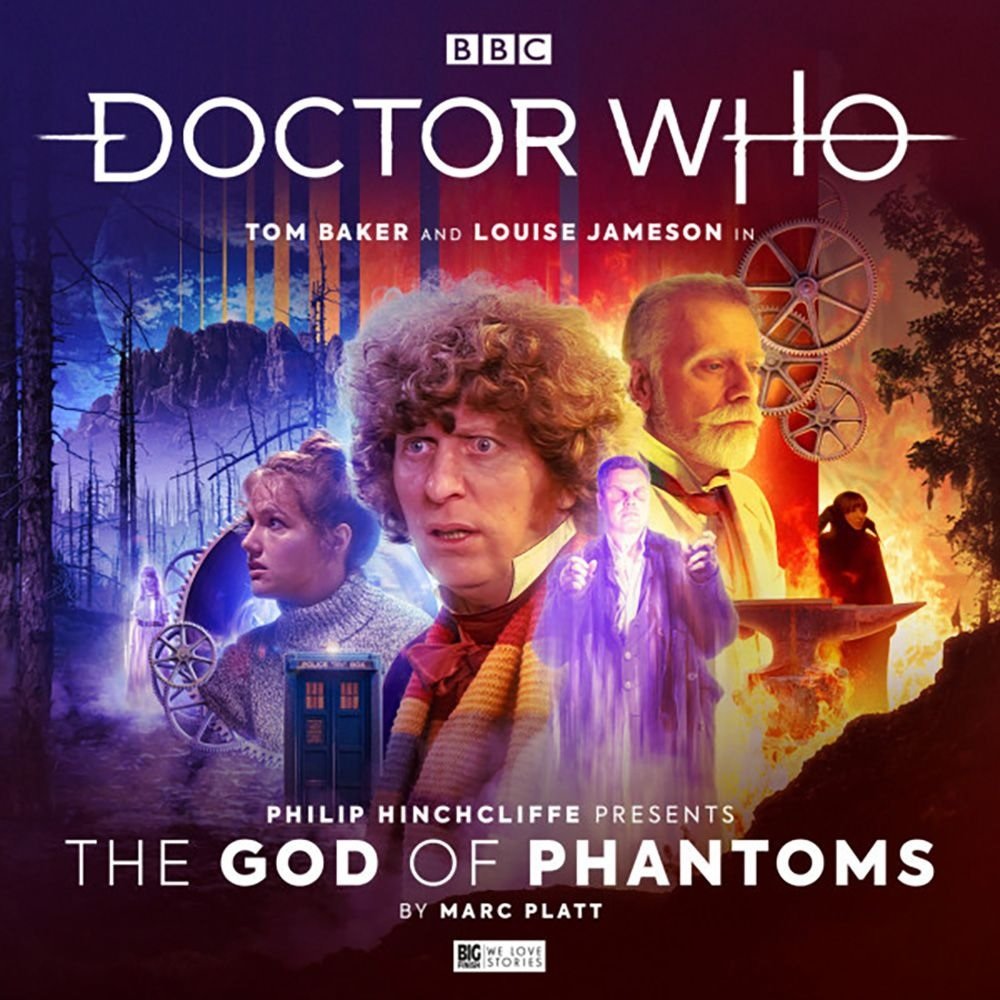 While there was a small, fantastical possibility that former Doctor Who producer Philip Hinchcliffe would make his Big Finish return last year to actually portray the Doctor for the first time, since Chris Chibnall has explicitly made that an avenue to be explored, his comeback was instead masterminding a fourth volume of the Philip Hinchcliffe Presents series.

The latest instalment, titled The God of Phantoms, has this plot:

The TARDIS brings the Doctor and Leela to a colony world in the distant future – but they are not the only visitors to this place. The people of this planet are seeing the ghosts of their lost friends and relatives. And the ghosts are stealing people.

Trapped in the middle of an escalating conflict, the Doctor and Leela investigate the source of the spirits and find a diabolical machine, a terrible secret… and a foe long since forgotten.

It was recorded remotely last February, and is a six-episode epic with a two hour 53 minute run-time. That means there’s a lot of characters, a lot of back and forth between locations over the span of the story, and moments where the Fourth Doctor and Leela are simply out of the picture.

The key locations are a town and a mine on a human colony planet, which strikes tones more of The Ribos Operation and Season 16 with Romana I rather than the set up of the Fourth Doctor and Leela in Season 15 when this story is actually set. It’s a Hinchcliffe era tale, very much so in atmosphere and world-building, but at six episodes of half an hour each, it is certainly a story that is stretched out with typical classical era padding.

The opening episode establishes the motives of the main groups of characters and the kind of friction they will face. In particular, there is an issue for the Doctor as he starts having moments he describes as “just a difference of opinion with reality” but clearly hint to something far more concerning at play.

Despite a decent amount of action taking place in mines, it’s a world described in a lot of colour and is modelled on the kind of wild west settlement that American fiction romanticises, so it’s rich in detail. But even the drama to come doesn’t really make it an exciting place.

Because the story follows several groups of characters at once, there’s plentiful opportunity for cliffhangers and that’s kind of what Episode One ends on, but the pick up for Episode Two is far stronger as the Doctor and Leela are finally truly thrust into proceedings. They start to do some sleuthing, and the true motives and machinations of some of the colonists comes to light. It’s all building up to a conflict that will lead to blood being shed.

And then we’re into Episode Three, which works on more worldbuilding but is also guilty of more padding. Leela goes exploring, meeting people with strong west country accents as well as a dead child (a plot point which from the story’s title suggests that the colony’s ghosts should be the focus of the listener’s curiosity) before things start going wrong for her. The friend she has made dies, which truly does feel like a turning point in the story, while at the same time we follow those responsible for the impending violence and the Doctor who is trying to keep the peace while also putting together pieces of the puzzle of the colony and its current situation.

The science fiction elements are laid on with more depth as the story moves towards its halfway point, and Leela’s dead friend Hetty (played by Aurora Burghart) returns. She is the emotional heart of this six-parter, having the connection with the TARDIS crew but also being of importance to the colonists, and therefore is the incentive for the plot to progress at many points while villainous machinations take place in the background. At the end of this episode though, those movements firmly come to the fore.

And then, almost like a Steven Moffat two-parter, the second half of this story immediately changes the tone.

Without spoiling Episode Four, there’s a lot going on that fans or detractors of the Face the Raven/Heaven Sent/Hell Bent arc in Doctor Who Series 9 will pick up on, and The End of Time two-parter too; there’s a new big bad revealed to be one of the greatest foes the Doctor has ever faced (and possibly did so with one of the many pre-Hartnell faces that Chris Chibnall has made possible, maybe even Hinchcliffe’s own), claustrophobic drama, some genuine character development for Leela to go through, and another big episode ending.

The penultimate episode perhaps unsurprisingly feels like a wind-down from that, given the conclusion will come in the boxset closer, and while the story doesn’t drag, it does suffer particularly here from just being so long that there’s a lot of details to remember and if you don’t after two hours then it’s harder to retain interest. However, the end of the episode, where the previously mentioned progression for Leela gets put to the test, brings out some very strong performances from Tom Baker and Louise Jameson who play their characters’ subtle underlying love for each other when they voice their concerns. You can really tell that Leela is savage no more, and that they both have a lot of care for each other.

If that’s what you’re looking for in a Fourth Doctor adventure, then maybe waiting two hours 20 minutes for it isn’t for you, and it’s a story that from its Hinchcliffe-given brief to script writer Marc Platt almost feels more suited to being a novel than an audio drama. It would definitely work as a Target novelisation where you get ‘killed off side-character gets two pages dedicated to what they thought about just prior to their demise’.

The final episode goes full throttle into the conflict that’s been anticipated throughout the story, with the production values really doing a good job of delivering the high stakes of the scenes as they play out. The second half of the episode just about avoids lagging as it leans more towards exposition, as the backstory of the main villain and their relationship with the Doctor is fully explained. And that’s because it’s supported by some brilliant stylistic choices when it comes to sound design and musical score. The rhythm of the music follows the rhythm of the speech, almost theatrically, and there’s greater hints to missing parts of the Doctor’s lives which could be post-War Games or more likely pre-Hartnell and a hark back to the lesser-seen Hinchcliffe Doctor himself.

There’s two plots to solve in the finale too: the massive sci-fi one which the Doctor is entwined in, and the local dispute itself. Both have fitting resolutions, after some stuttering over the outcome, and it is not just the Doctor who saves the day. It’s a long story, and has its highlights, including Leela and Hettie, but it’s probably a story best enjoyed with multiple listens to make sure you get all the details. Drift away in the first half of the boxset and there may be no way of bringing you back.

Philip Hinchcliffe Presents: The God of Phantoms is out now from Big Finish.

Big Finish’s The God of Phantoms: The Story that Hints at an Adventure With the Hinchcliffe Doctor? 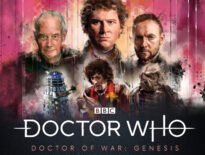