Out Now: Big Finish’s Mind of the Hodiac, the First Doctor Who Script by Russell T Davies At long last, one of Big Finish’s most anticipated audio releases of 2022: The Mind of the Hodiac has finally been unleashed from the brain of former/future showrunner, Russell T Davies!

His first ever Doctor Who script, featuring the Sixth Doctor (Colin Baker) and Mel (Bonnie Langford), was originally written on spec in the 1980s; the first part in its entirety with a detailed outline for the second, leaving director Scott Handcock to adapt the latter half.

In the depths of space, the mysterious Hodiac is manipulating the Galactic Stock Exchange to raise money. His aim? To hire mercenaries for a deadly quest across the stars.

Meanwhile, on Earth, an ordinary British family is plagued by a series of psychic events.

The one thing connecting these events is a magnificent patchwork coat – which just so happens to belong to the Doctor!

“When I heard Russell T Davies had found a script he’d written in the 1980s and that it was going to be released by Big Finish, I honestly didn’t think it was going to be for me – but it was! Bonnie Langford and I were playing our parts on TV when he wrote it so it was a genuine honour to know that I was the first Doctor he had written a script for.

“Mind of the Hodiac is a jolly good adventure. It was also interesting as in the script you can see the germs of the writer he would become. It’s a very simple but clever construction with ordinary people and extraordinary things.”

“Who would have thought, as I sat there in that little flat in Roath in Cardiff, bashing away on an electric typewriter my mother had bought me for my 21st birthday…?

“Obviously I was writing it in the hope it would be made – and here we are, all these years later. This whole thing… it’s very strange that I’m coming back to Doctor Who [on television] at the same time, because none of this was planned. But it feels all as one. It feels like a whole. It feels like it was meant to be.”

“I was actually quite nervous going into this project! I think both Russell and I had a panic about what if episode two wasn’t up to scratch? I’ve never been so nervous waiting for a response. Thankfully, however, he loved it. The great thing about working with Russell is he’s a collaborator so you’re always going to have a healthy back-and-forth even when he’s busy spinning 101 other plates.”

“When Russell told me he’d rediscovered his forgotten Doctor Who script, it was like finding buried treasure. We joked that it would inevitably become a Big Finish release. And a few enthusiastic emails later, the wheels were already in motion.

“It was Russell’s Doctor Who which introduced me to – and made me fall in love with – the show in 2005, so I’m thrilled to be producing his first-ever Doctor Who script. I can’t wait to bring Mind of the Hodiac to life on audio and I hope fans are intrigued and excited to hear it. What a wonderful thing to come out of lockdown!”

Also starring T’Nia Miller, Annette Badland, and Laurie Kynaston, Mind of the Hodiac is out now from Big Finish (plus bonus extended extras, available to download on purchase).

In the meantime, you can check out RTD’s original script pages which he tweeted during the #SantasARobot lockdown watchalong. Fingers crossed for the PDF script to be made available!

Out Now: Big Finish’s Mind of the Hodiac, the First Doctor Who Script by Russell T Davies 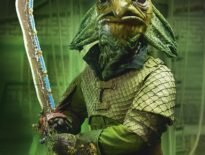 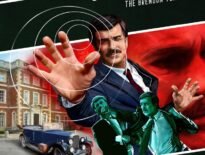