The next installment in Doctor Who: The Collection delves into territory previous unexplored by the Blu-ray range: 1960s black-and-white era Doctor Who — namely the First Doctor series, Season 2!

And this will be the biggest release yet – a limited edition nine disc box set, covering an astonishing 37 episodes!

But this is the first season with missing episodes, so what have they done for the two lost parts of The Crusade?

They’ve been reconstructed using off-air photographs and the original broadcast soundtrack, while remaining episodes have been newly remastered from the best available sources.

And here’s the gorgeous announcement trailer, written by Pete McTighe (Kerblam!; Praxeus) and featuring Maureen O’Brien back as Vicki!

Doctor Who: The Collection – Season 2 is available to pre-order now! 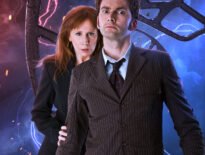 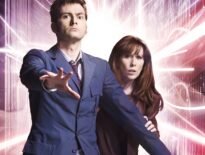