Obverse Books has announced all the titles in next year’s Black Archive slate, featuring examinations of stories featuring the First, Second, Twelfth, and Thirteenth Doctors!

The Black Archive range is a series of monographs exploring Doctor Who serials — TV stories featuring every Doctor. And in 2023, the books will tackle The Edge of Destruction, The Myth Makers, The Faceless Ones, The Girl Who Died, Ascension of the Cybermen/ The Timeless Children, and Flux.

Well, actually, February 2023 sees a departure from the usual monograph structure, with an anthology of essays on the 2021 story, Flux, edited by Paul Driscoll. Seven authors, both newcomers and some popular contributors, give their thoughts on the six-episode saga, as follows:

In April, Norse specialist Tom Marshall examines the 2015 Viking story, The Girl Who Died, while in June, Ian Potter, author of The Black Archive: Carnival of Monsters, delves further back into legend and history for 1966’s The Myth Makers. In August, Ryan Bradley look at the controversial two-parter, Ascension of the Cybermen/ The Timeless Children.

In October 2023, Obverse marks the approaching 60th anniversary of Doctor Who with a book on its third ever story. Popular author Simon Guerrier (The Black Archive: The Evil of the Daleks) returns to examine 1964’s The Edge of Destruction.

Finally, in December, Joseph Oldham investigates the 1967 story, The Faceless Ones.

More titles have been commissioned well beyond 2023, covering all decades of Doctor Who and including at least one Christmas special.

In the meantime, here’s the remaining schedule for 2022-23 in full:

Find out more about The Black Archive range over at Obverse Books! 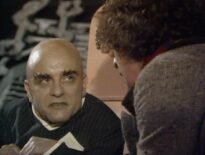 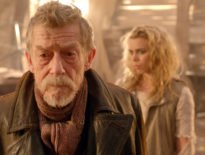