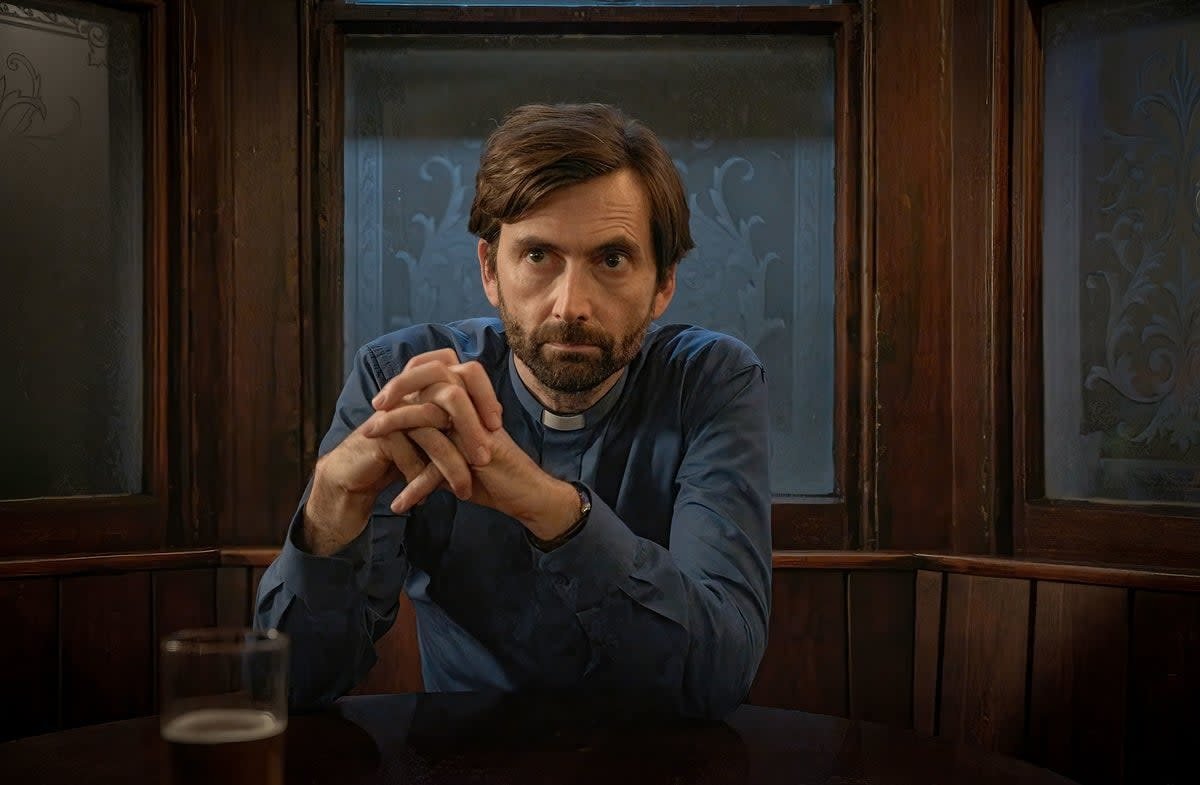 Steven Moffat’s new drama, Inside Man, starts tonight (26th September 2022), and you’ll probably want to know what it’s actually about. So how would lead man, David Tennant, describe it?

“I don’t know what I’m allowed to tell you. It’s very hard to describe – I know that much. It’s not really like anything else I’ve seen, and yet it’s very recognisably Steven. But – it’s really hard to describe! There are all these very disparate elements that he brings together in his usual brilliant, entirely unexpected way.”

Indeed, the dialogue in the trailer — like “Everyone’s a murderer – you just need a good reason and a bad day” — feels very Moffat.

Inside Man features Tennant as Harry Watling, a vicar whose life intertwines with that of Jefferson Grieff, a prisoner on death row, played by Stanley Tucci; of journalist, Beth Davenport (It’s a Sin‘s Lydia West); and of Janice Fife, a maths teacher (Dolly Wells), trapped in a cellar.

Obviously, Moffat has worked with Tennant before on Doctor Who and Wells on Dracula, while West was rumoured to be playing the Fourteenth Doctor, a role that instead went to Ncuti Gatwa.

Tennant went on to say:

“I just read the script and wanted to be part of it, it’s very particular to Steven Moffat’s brain. When you read that first episode it’s hugely intriguing. These two very distinct storylines are both entirely plausible, textured and fascinating in themselves and they are running side by side. It’s very difficult I think to immediately imagine how they will ever come together on different sides of the world, for these characters living entirely separate existence, they couldn’t seem to be more different.

“Yet as an audience we assume there must be some link but really we’re quite far into the story before those links start to appear. It’s part of the set- up of the sort of puzzle of that along with the almost breath-taking awfulness of what occurs, the incremental steps to doom that Harry takes, the unravelling of normality. Steven described it as a sitcom that goes terribly wrong.”

Inside Man begins tonight (26th September 2022) on BBC1 at 9pm, and continues tomorrow night; it will then be available in iPlayer, and on Netflix for international viewers at a later date. News Phew! Classic Doctor Who Will Remain On BritBox Af… 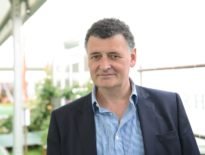