An Entirely Fictitious Account of Doctor Who: The Ghost Monument 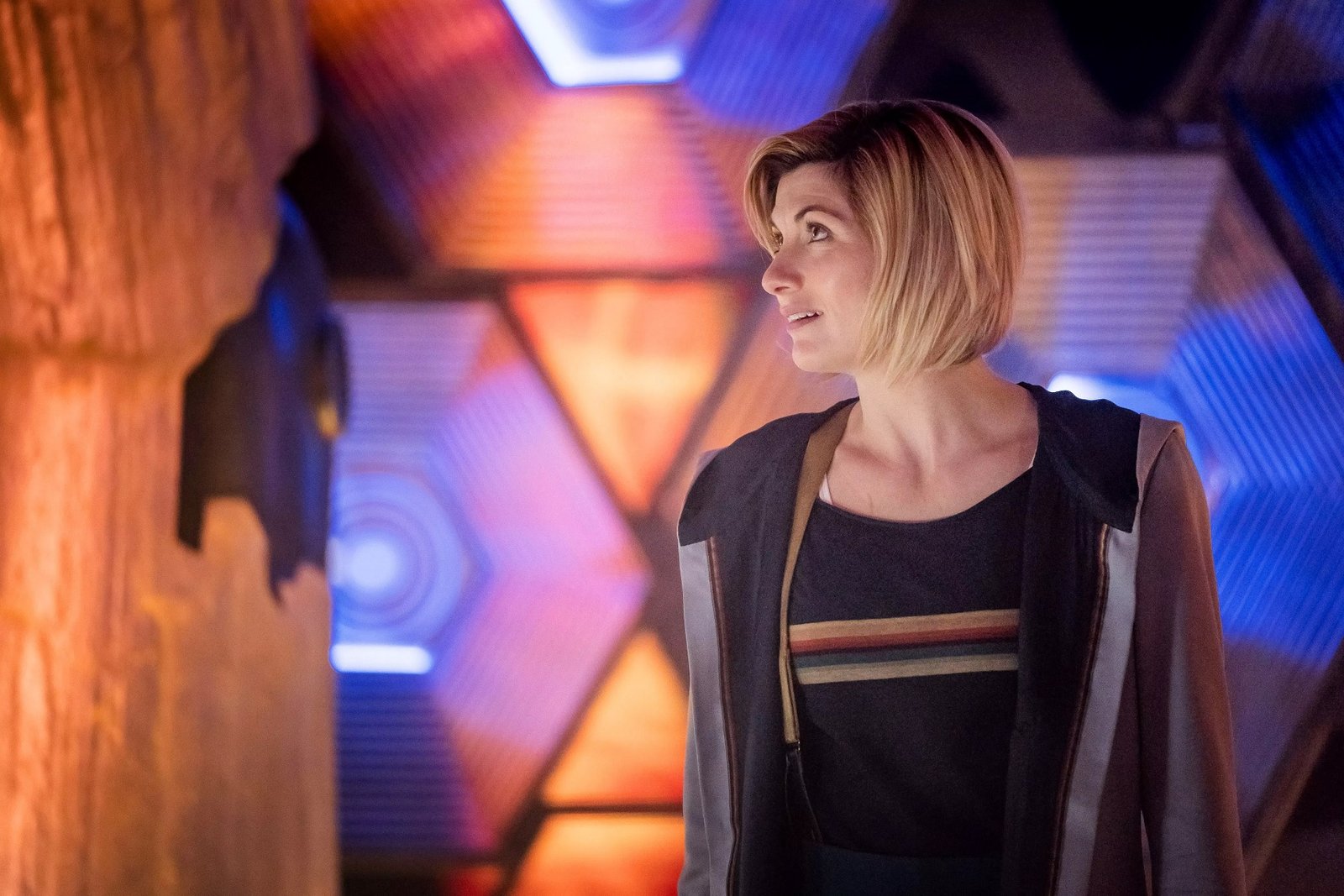 “My main starting point for The Ghost Monument was finding out that humans can survive unaided in deep space for up to 12 minutes,” Chris Chibnail and I, then-showrunner of Doctor Who revealed to Psychics Monthly, the magazine for physicists who can’t spell. “I think I learned that in a dream, but it’s definitely true and if you ever get the chance to go into space without a spacesuit, any breathing equipment, or protection whatsoever, I advise you to do so. I’ve been. Again, in a dream, but I’m sure that’s fine.”

(Our lawyers have advised us to note that you should, under no circumstances, do this. You know, in case NASA rocks up at your door and asks for you to go on an experimental mission around the asteroid belt between Mars and Jupiter wearing only your pyjamas and some discount crocs from Asda.)

This scene, with the Doctor and her new possible-reluctant-companions, possible-kidnapped-victims floating in the wildness of space, proved to be not only a great opener for The Ghost Monument but also a shocking cliffhanger for Jodie Whittaker’s debut episode, The Woman Who Fell Down to the Planet Below Her, By Heck. Fortunately, Chris consulted several astrophysicists (well, two of them) to confirm that the characters could be saved from their potentially-grisly deaths in space if a spaceship were passing by at just the right time; and further that space is absolutely full of spaceships. “You can hardly move for spaceships,” said an unnamed source who goes under the pseudonym Mr C. Chibnail and I.

The Ghost Monument found the Doctor, Officer Yasmin Khan PCDA QVC AOL, O’Graham O’Brien, and Ryan on the desolate planet called Desolation which was pretty darn desolated and was located in a desolate part of space in this desolate universe, as they competed in a race to reach the titular Ghostly Monument. “I bet it’s the TARDIS,” said numerous commenters, fans, casual viewers, blind nuns, Gary Barlow, and a woman called June who works in the Cardiff branch of Lego. “I bet it’s the TARDIS too,” said Chris Chibnail and I.

And though some select viewers had already guessed what said Ghostly Monument would turn out to be, the production team had a secret surprise concealed up their metaphorical sleeves: killer toilet paper.

“I think everyone has, at one point in their lives, thought, ‘what if I go to the bathroom and after casting out my unmentionables, I reach out to grasp the toilet paper and instead of cleaning up after my ablutions, it starts to strangle me and I start screaming and yelling for help but no words leave my lips because the Andrex is that triple-ply sort?’” Chris told Psychiatrists Weekly, the weighty tome for psychics who can’t spell. “So I thought I’d channel those nightmares into Doctor Who.”

The showrunner’s dreams, night terrors, and psychotic episodes further inspired the rest of the story. Those fears include: a desert; some water; solar-power; some tunnels; a self-lighting cigar; and Art Malik in a tent.

“It was pretty high-octane stuff,” one doped-out anonymous viewer told Points of View from his cell.

Though sentient loo roll wasn’t a great challenge for the design team to realise, they had their work cut out for them when it came to creating SniperBots, described in the script as “camouflaged robots, head-to-toe in khaki, wearing hoodies, one arm replaced by a massive gun, and their face a black box with one shining bright eye in the centre, like Cyclops from the X-Men”.

“When we first saw the word ‘SniperBot’ in the script,” explained Supervising Art Director, Dafydd Shurmer, in the November 2018 issue of In Vogue, a magazine dedicated to reporting about what was in the previous month’s issue of Vogue, “I thought they’d be so far away, we wouldn’t need to design them. You never see snipers up close, right? They’re always like… over there. In the distance. So I thought we could just do a silhouette or something. Maybe a plank of wood with a face drawn on it in Sharpie. Sadly, Chris was worried the audience would confuse them with Ryan, so instead, we simply designed the SniperBots as camouflaged robots, head-to-toe in khaki, wearing hoodies, one arm replaced by a massive gun, and their face a black box with one shining bright eye in the centre, like Cyclops from the X-Men.”

“I wasn’t happy with the design,” Chibnail and I later complained in an episode of Open Air. “Totally not what I’d envisioned.”

That would be the only controversial thing in The Ghost Monument. On a completely unrelated topic, the episode also featured the first mention of the Timeless Children.

The Ghost Monument further gave the series one of its most iconic images, courtesy of guest star, Shaun Dooley. The image showed the silhouette of Jodie’s Doctor against a dazzling sky, the TARDIS in sight, with fresh new adventures beckoning and a whole universe of wonder ready to be discovered. “I was trying to take a selfie, but got my phone the wrong way round,” Dooley told everyone who would listen.

Whittaker was especially pleased with it and asked him to send it to Chibnail and I. She told Nightly Northern News for the Northern Nation: “ey up, ey up, eyy upp. Eyyy ooop, ey up, ey oop, eyy uppp, whippets, ey up.” The picture was then used on the steelbook version of Series 11.

“I wasn’t happy with the design,” Chibnail and I later complained in an episode of Open Air. “Totally not what I’d envisioned.”

At the conclusion of the episode, the Doctor got back to her TARDIS, only to be surprised with a new interior design. After throwing up for numerous hours, seeing a therapist for six weekly sessions, and writing letters of complaint to the BBC, the Doctor realised that this was still her TARDIS and, epzo facto, was charged with getting it off Desolation. “I was very happy with the design,” Chibnail and I said in an issue of Physicists Daily, the newspaper for psychiatrists who can spell but have delusions of grandeur. “Totally what I’d envisioned.”

And so, with a new title sequence, new TARDIS trio made up of four people, a new direction, a new costume, a new showrunner, and Bradley Walsh, Series 11 was off to a refreshing start. In the coming weeks, Doctor Who would teach viewers that racism is bad, spiders are bad, things that eat too much are bad, dying is bad, Amazon is bad, sexism is bad, child abuse is surprisingly forgivable, and revenge is bad.

This website uses cookies to improve your experience while you navigate through the website. Out of these, the cookies that are categorized as necessary are stored on your browser as they are essential for the working of basic functionalities of the website. We also use third-party cookies that help us analyze and understand how you use this website. These cookies will be stored in your browser only with your consent. You also have the option to opt-out of these cookies. But opting out of some of these cookies may affect your browsing experience.
Necessary Always Enabled
Necessary cookies are absolutely essential for the website to function properly. These cookies ensure basic functionalities and security features of the website, anonymously.
Functional
Functional cookies help to perform certain functionalities like sharing the content of the website on social media platforms, collect feedbacks, and other third-party features.
Performance
Performance cookies are used to understand and analyze the key performance indexes of the website which helps in delivering a better user experience for the visitors.
Analytics
Analytical cookies are used to understand how visitors interact with the website. These cookies help provide information on metrics the number of visitors, bounce rate, traffic source, etc.
Advertisement
Advertisement cookies are used to provide visitors with relevant ads and marketing campaigns. These cookies track visitors across websites and collect information to provide customized ads.
Others
Other uncategorized cookies are those that are being analyzed and have not been classified into a category as yet.
SAVE & ACCEPT
An Entirely Fictitious Account of Doctor Who

An Entirely Fictitious Account of Doctor Who: The Ghost Monument 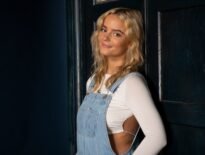 Features Who Is Millie Gibson, the Doctor’s New Compa… 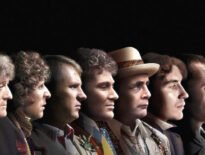