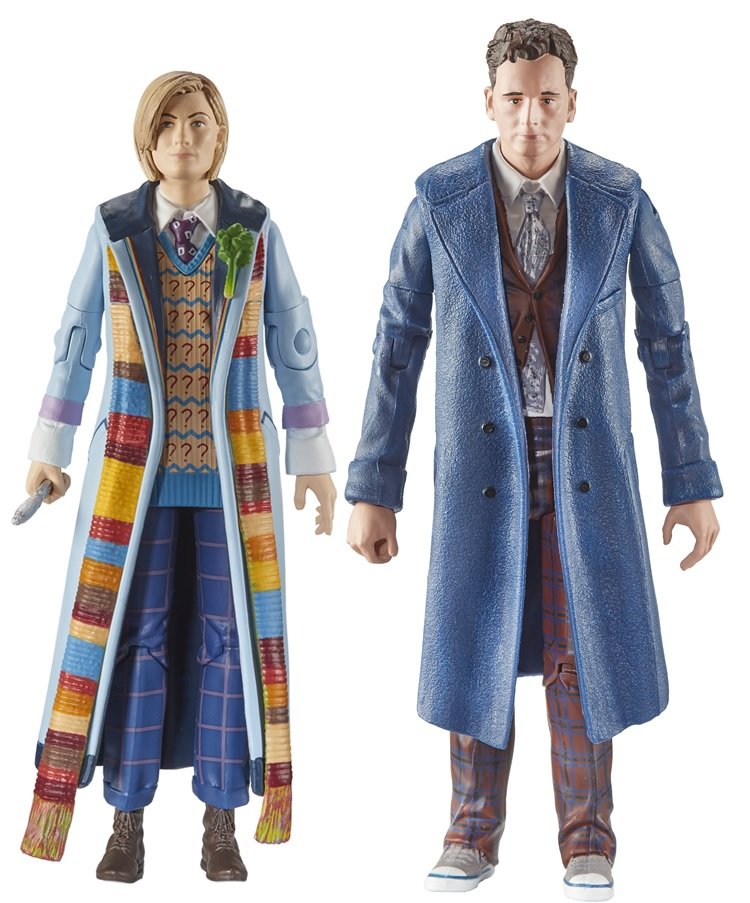 Character Options has unveiled the first ever Fourteenth Doctor action figure — which comes with the Thirteenth Doctor, as part of a special “Regeneration Set”.

The figurines are 5.5″ tall and come in special packaging with a brand new “fifth panel window box” format. The pack graphics have been designed to look bold and fresh and feature a bright white matt card finish with a high gloss UV overprint that picks out key details including the new Doctor Who logo. The flip open front panel has a cut-out shape which reveals the set name and then leads us into the pack proper. Inside the front panel is a brief bio of the two incarnation, and a short story synopsis, and on the right is a window displaying both figures against a swirling vortex.

“We all felt it was a genuine delight to see the Thirteenth Doctor’s era end on such a powerful note and as hard as it must have been to follow that, the genuine surprise reveal of her next incarnation in the form of the Fourteenth Doctor was mind blowing!

“Obviously we had a huge help from BBC Studios and Bad Wolf Studios in creating this new item and everyone has been massively invested in bringing a set to fans that really stands out as a celebration of this iconic part of Doctor Who history. We therefore cannot thank Russell T Davies, the brand team and BBC Studios enough for their huge help. It’s a real testament to everyone involved that this particular set has turned out to be such an amazing item and presented in this frankly shockingly fabulous packaging. The results speak for themselves and this is a real unique opportunity to add something truly special to your Doctor Who Collection.”

The Thirteenth Doctor Regeneration Set is available for pre-order now, and will be in the Character Options warehouse from late December. Expect delivery sometime after Christmas. 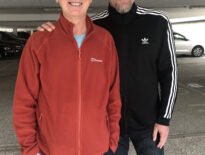 Merchandise Frank Skinner Joins the Ninth Doctor in Upcoming B… 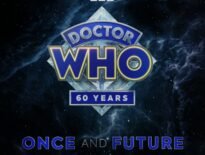