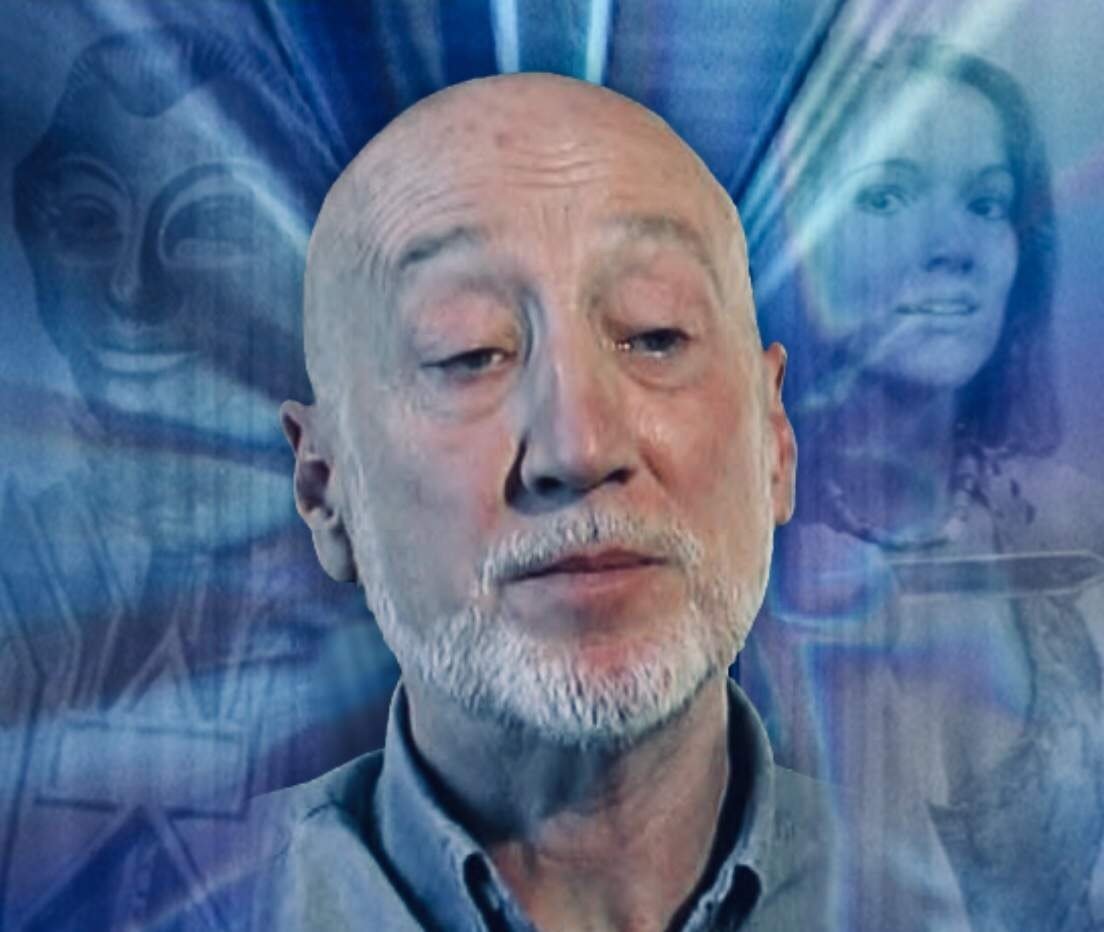 A casual glance at a Doctor Who episode guide could suggest that Chris Boucher wrote just three stories for the Fourth Doctor in 1977. But simple facts like that won’t explain why – despite his limited contributions – Chris Boucher is held in such high regard by Doctor Who fans.

He never wrote a Dalek, Cyberman, or Master story, a regeneration or multi-Doctor adventure. His greatest legacy in series terms is the creation of the companion, Leela. Who, let’s not forget, had one of the hardest jobs to do: following on from the beloved Sarah Jane Smith.

What he did write were three cracking and very different adventures: The Face of Evil, a high-concept sci-fi fable about the consequences of past actions; The Robots of Death, a claustrophobic whodunnit in space with the creepiest droids ever released on screen; and Image of the Fendahl, a disturbing folk horror tale riffing on two Nigel Kneale classics, Quatermass and the Pit and The Stone Tape (while managing to be innovative and original in its own right). You can’t fault the sparkling scripts, ideas, and characterisations in any of these but Fendahl is rather let down by some badly realised monsters.

No slouch at the old script writing stakes himself, it was Robert Holmes who spotted Boucher’s potential, not only by asking him to quickly write a follow-up to The Face of Evil but also suggesting him as a script editor for the BBC’s new blockbuster adult sci-fi series, Blake’s 7.

It was that recommendation which possibly robbed Doctor Who of more scripts from Boucher. Not only did he polish Terry Nation’s drafts into riveting television in Blake’s 7‘s first series, he basically became the lead creative from series two onwards. This was a programme that consistently commanded a prime-time audience of nine million viewers. And a genre programme too, not a cop show or soap opera.

While he did his best to bring many of the other scripts to the same standard, there is always a particular quality, characterisation, and plot with a Boucher original Blake’s 7 adventure. And he was a master not only with the season finales (something Doctor Who didn’t do at the time, but would adopt later); he also gave lead characters their moments to shine, often playing them against type.

City at the Edge of the World gave cowardly Vila (Michael Keating) the opportunity to be a hero and get the girl. Cynical action hero and all-round know-it-all Avon (Paul Darrow) was seen to be vulnerable when double-crossed in Rumours of Death. The chief villain Travis (Brian Croucher) is depicted as a more sympathetic and complex character in Trial. Even the more idealistic hero Roj Blake (Gareth Thomas) is darker and less predictably ‘good’ in the series’ final episode, Blake. If you have a BritBox subscription and want a flavour of how brilliant Blake’s 7 can be, just pick a Boucher-penned episode and you won’t be disappointed.

Unfortunately, when Blake’s 7 ended and Boucher was freer to write for Doctor Who, it was after John-Nathan Turner had decided not to use scriptwriters who had written for the programme before he became producer. Which is a huge shame, as a Boucher script or two would have been very welcome to liven up the Fifth Doctor’s tenure.

I’ve seen it erroneously reported (even today) that Chris Boucher’s only original sci-fi series, Star Cops, was suggested as an alternative to Doctor Who. It clearly wasn’t. It’s a very adult series (in theme and approach) that was broadcast at 8.30 on Monday nights on BBC Two in 1987.

Star Cops isn’t widely known, and is seen as a bit of a disappointment in its ratings and because it only lasted one series. But, despite some odd casting choices, below-par production values, and a frankly terrible theme tune (I’ve got it on 12-inch vinyl), Boucher’s scripts and vision shine through. He also created a small personal computer called Box, which basically acts like a smart speaker three decades before they were invented. Clever chap.

But he didn’t entirely leave Doctor Who behind. The brilliantly-imagined civilisation depicted in Robots of Death spawned its own audio series, Kaldor City (2001-2012). He also returned to the sparkling pairing he created with the Fourth Doctor and Leela in a series of original novels for the BBC’s Past Doctor Adventures: Last Man Running, Corpse Marker, Psi-ence Fiction, and Match of the Day. Beyond Who, he made significant contributions to police and detective shows such as Shoestring, Juliet Bravo, Bergerac, and The Bill.

On a very sad note, this now means that no Doctor Who writers from the 1960s and 1970s now survive. But we still have Chris Boucher’s three outstanding (and perfectly formed) TV Doctor Who stories to treasure.

We’ll leave you with Boucher’s own words in this typically witty exchange from the Blake’s 7 episode, City at the Edge of the World:

Avon: Do you want me to threaten you?

Tarrant: Why not? I haven’t had a good laugh in ages.

Avon: Sensible. You could die laughing.

Our thoughts to Chris’ family and friends. 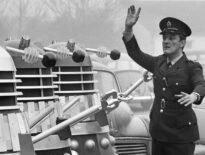