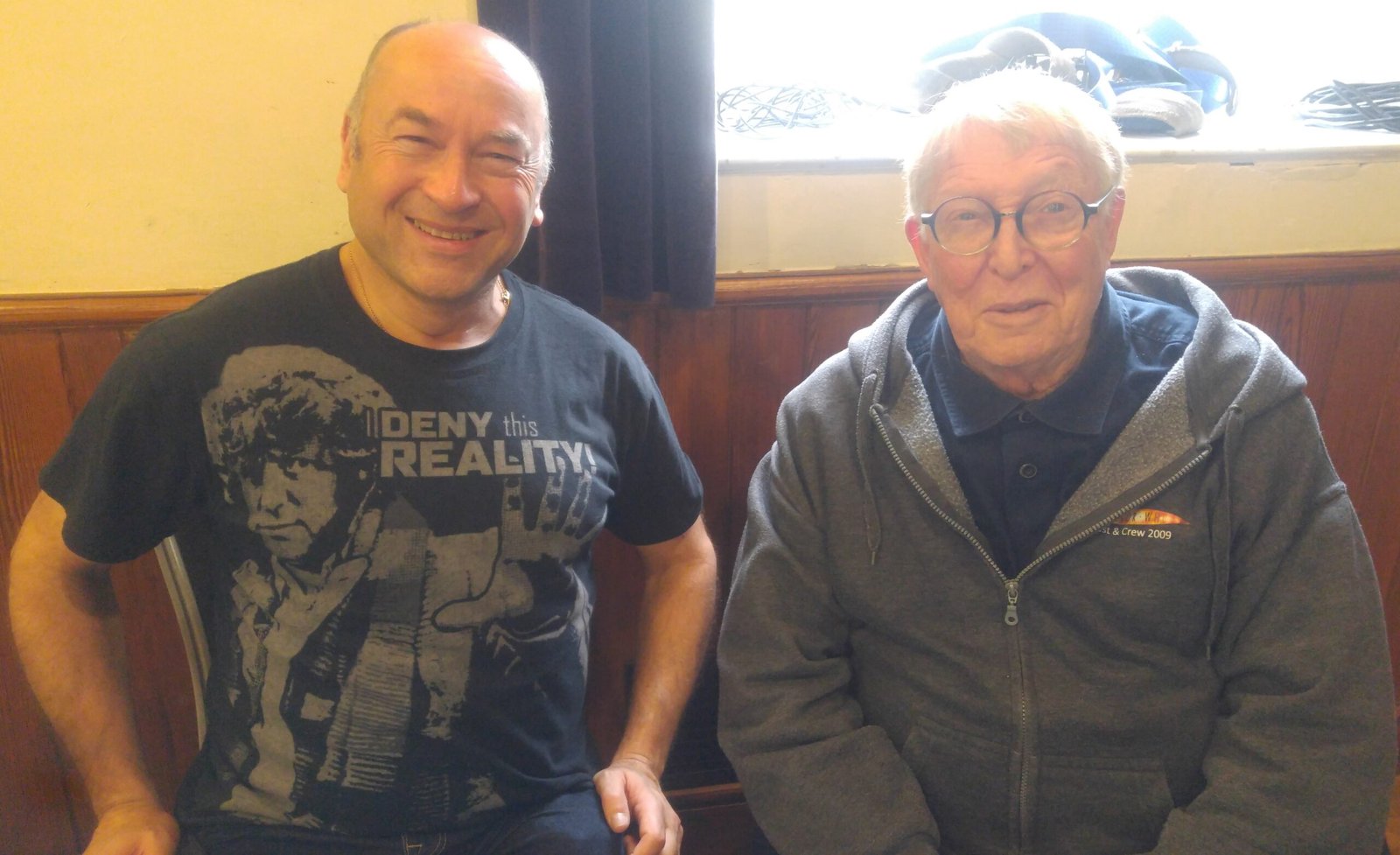 Director Graeme Harper is always interesting to listen to. You’ll know him for his extensive directorial credits, including The Caves of Androzani, Utopia, and Turn Left/ The Stolen Earth/ Journey’s End.

I caught up with him at Neil Cole’s Museum celebration, chatting with Pete Jorysz (Baptist Minister and knowledgeable fan) about Warriors’ Gate.

Graeme: [Warriors’ Gate] had its challenges. I was First Assistant, and it had seemed fine in pre-production, then I realised in rehearsals [Director, Paul Joyce] was not going to plan how to shoot this. I had to stand next to him and write my own camera scripts. Shall we say, I learned how I would do it differently! They gave me the director’s job after that.

The DWC: You’ve done a lot of epic scale and action, like Dougie Camfield. How do you handle that with the smaller intimate details that make it human?

G: Visualisation and planning. Often, the detail comes from having the time due to good planning on the big picture to pick details up. An example, in Rise of the Cybermen/Age of Steel, we’d finished when Russell said we need a different opening, the horror of the Cybermen being made. So we filmed it. I’d said ‘wrap’ and gone home, then I realised I hadn’t any close ups of one of the main protagonists. I rang Phil Collinson who just laughed his head off, called me a stupid B! Then he called the actor in next day and we picked up the shot.

DWC: Colin Spall was with you in that story, and in Revelation of the Daleks. You’re famous for being the only director to have worked on Classic and recent Who. How has it changed?

G: In the ’80s, I was alone in the studio. We had to compete with Star Wars and we knew we couldn’t with our resources, but I knew it had charm, was loved and popular. I tried with what little experience I had to shoot some single camera work, and keep up the pace in Androzani.

DWC: I like the pacing of The Waters of Mars, especially the slo-mo where they are packing up to evacuate the base.

G: I wanted to make sure you did not miss the reactions between persons. Lindsay Duncan underplayed it so beautifully – proved why she was the Commander.

Waters of Mars is proper adult science fiction, but under Doctor Who became cinematic.

Pete: Was it a nightmare?

G: Yes, but it was enjoyable; a problem to be solved, and a brilliant team of people to work with.

Pete: What was it like working with Tom Baker?

Margot Hayhoe, assistant floor manager and production manager, sitting at the next table, joins in.

Margot: With me, he was perfectly okay, because it [Logopolis] was his last show.

P: But he could be quite forceful in his opinions.

G: As First Assistant, I knew him well so got on with him. One time, I’d asked the crew if they would go over (the 10pm limit) for 15 minutes. He said were you going to ask the Leading Man? You had to come back strong – yes, of course I was going to, once I knew the crew would make it possible. Truthfulness goes a long way.

Davros: “I hope you got my best side. My best side is my dark side.”

G: I once asked ‘why do you like working with me?’ and was told: ‘you allow actors to be good; you let them show you what they can do.’

DWC: How do you work that along with the enormous crew behind the camera?

G: The First Assistant clears the floor, the actors and director come in and work through the scene, they know their lines. I don’t tell them my plan — I just say ‘you enter here; let’s see what happens.’ You negotiate. Then I say to the crew, ‘this is the way I want to do it, these are the kind of shots,’ and we negotiate with the Director of Photography. I establish that they are at liberty to offer something they can see in a different way.

DWC: Do you have to be an extrovert?

G: You have to be NOISY! And you have to keep your eye on the bigger picture. I was mentoring someone who got that rabbit in the headlights look when she realised she couldn’t handle the knock on effects of changing one thing, under pressure of time.

Pete: What’s it like working with Russell T Davies?

G: He’s a force of nature. He’s mad! He called me one time to meet about something and we sat outside a restaurant in Soho for hours, in the rain. That’s dedication.

DWC: Would you like to be part of his new era?

G: I’m not hurt if I don’t get asked – I think most people think I’ve retired! I would LOVE to do more – I want to see what happens.

Graeme was accompanied by his lovely wife, Bernadette.

DWC: What’s it like for you when Who fans obsess about a small element of Graeme’s work?

Bernadette: It’s interesting the range he has done, from Doctor Who to soaps to Spitting Image. But in all of them, he loves actors.

DWC: Does he take his work home with him?

B: OMG! But I love hearing about it; my life has become richer.

Our lives are all richer for their association with Doctor Who, Bernadette, and for all the brilliant people who make it happen.

Thank you to Graeme, Bernadette, Margot, Pete, and, of course, Neil Cole. 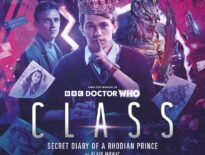 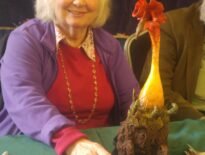